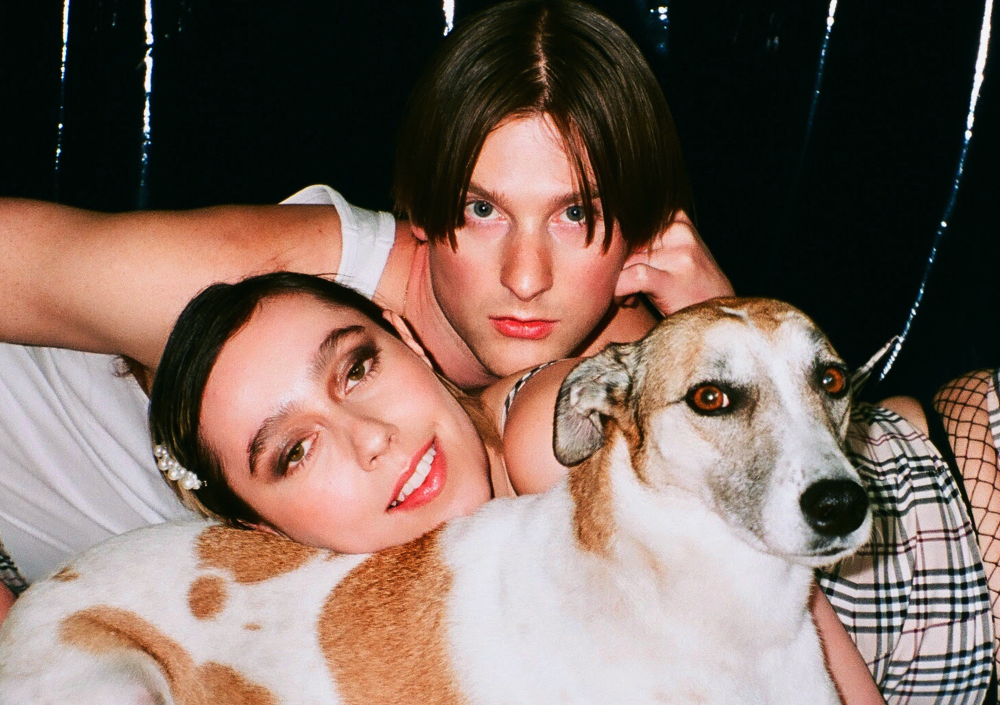 Blue Hawaii have an aptitude for crafting the perfect transcendental blend of blissful, sultry, and emotive dancefloor ready tracks. Their infectious grooves and euphoric melodies combined with Raphaelle “Ra” Standell-Preston’s dreamy, velvety vocals evoke a particular harmonious elation, the kind elicited when an absolute bop comes on in the club. With their fourth album out tomorrow, Blue Hawaii select five anthemic tracks that have influenced them.

On their new record Open Reduction Internal Fixture the duo further hones their ethereal electro-pop meets deep-house dancefloor sensibilities. Across the eight tracks Ra and Agor incorporate influences from UK garage to hip-hop and more, as they explain in the track selections below. In spite of the record being born out of unfortunate circumstances, when Alex “Agor” Kerby smashed his heel up on tour and had to have surgery (giving the record it’s title), it’s a truly transcendental, euphoric listen from start to finish.

Get hyped for the new record and upcoming Berlin date (Urban Spree, 11th Dec) with this excellent selection of tracks from Blue Hawaii…

The first track off our record, All the Things, is kind of a slowed down garage influenced track. It’s hard to just pick one classic cut to reflect this, but ‘Crazy Love’ has a great vocal and groovy acoustic-sounding elements, something our song is echoing.

These next two are just simple grooves but effective when you add those vocals in. It’s something special – like the track would be fine without the vocal but as soon as you drop it in, it becomes something lifted. That’s something we’re working a lot more on – and have a few tracks in the pipeline that are in the vein of our lead single “All That Blue”

This tune is just a good one. I don’t know how much it directly influenced the sound of “Open Reduction Internal Fixation” but it’s one of those songs I just wanna listen to again and again… sweet video too.

Yeah it’s an overplayed classic – but it did, alongside Vengaboys – directly influenced the track “On A High” on our record. It’s impossible to miss the connection I think.

We both listen to a lot of hip-hop. The chords in the beat are really special, feel like they haven’t been done before, and Gunna’s flow is very unique. It’s not too in your face and aggressive, just a good vibe and sort of uplifting, something we strive for in our music too.
Blue Hawaii play Urban Spree on December 11th, tickets here.
Photo credit: Ariana Molly