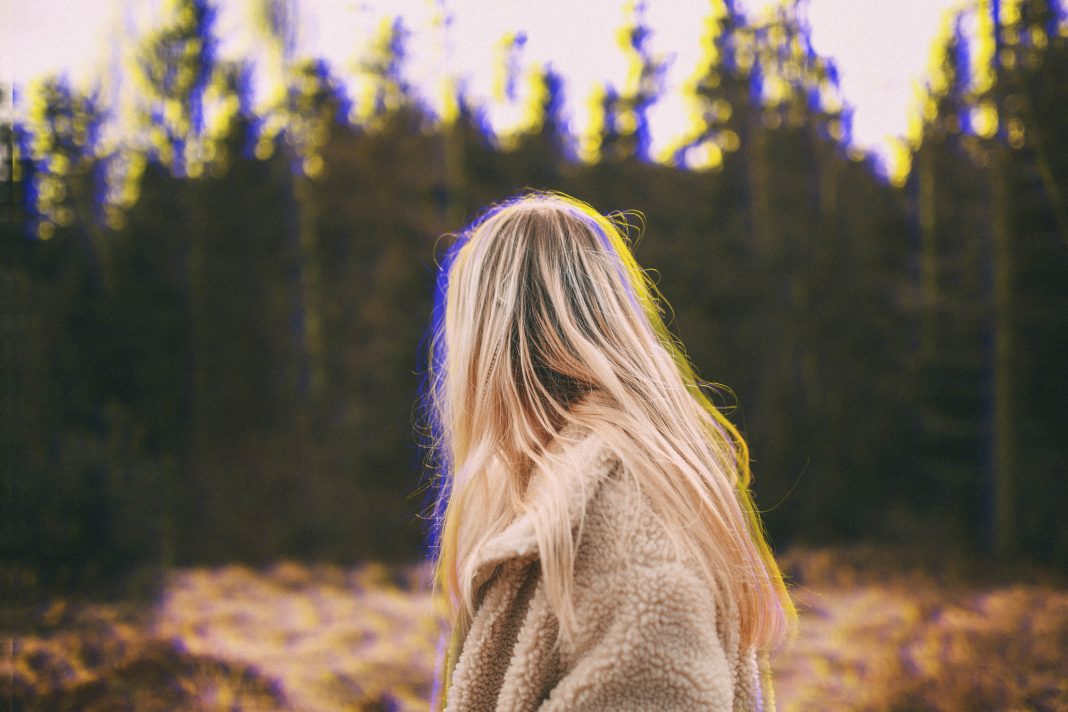 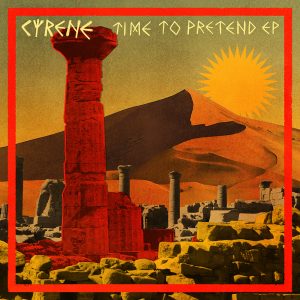 ‘Time To Pretend’, the title track on Cyrene’s debut EP, was originally recorded by the American duo MGMT and was a minor hit on it’s second release but has grown in stature ever since, being named one of the greatest songs of all time by both Rolling Stone and NME. Cyrene’s reimagining softens the candid lyrics, making them casually cruel “we’ll choke on our own vomit and that will be the end” she sings in soft, dulcet tones. This dichotomy is somewhat compelling and unnerving whilst all the while standing strong in it’s beauty.

‘Rocket Man’, an reinterpretation of the Elton John classic, offers the same delicate melancholic tones “burning up his fuse, up here alone” she sings, backed by strings and a soft drum beat. Harmonising only with herself, Cyrene’s version of the lonely ballad honours the original whilst propelling the lyrics into a space where it will likely be exposed to a whole new generation.

In track 3, ‘Ordinary World’, Cyrene’s soft other-worldly tone falls in and out of beautifully built harmonies effortlessly creating, once-again, a lonely but this time uplifting air. As the song rises and falls in breaths of violin strings, piano keys and soft drum beats, Cyrene’s voice holds the real power as she pulls the listener with her on a journey from pensive to positive, projecting the song’s meaning of overcoming sorrows and looking toward a hopeful future and raising the mood of the listener as the EP progresses toward it’s final track.

“No, I don’t wanna fall in love, this world is only gonna break your heart” The crescendo comes in the form of ‘Wicked Game’, a song originally recorded by Chris Isaak. The strength in which the faceless folk singer conveys the meaning behind the original lyrics, paired with the stripped back acoustic arrangement of drums, guitar and strings creates a solitary, introverted beauty – a timeless sound that forces the listener to sit back and listen as a thousand memories flash across their mind sparked by the lyrics as she again harmonises with no one but herself.

Through Cyrene, familiar lyrics take on new meanings. The spellbinding sound has an otherworldly aura, a dreamlike quality fixed neither in time nor place. Rather than covers, these are re-interpretations that aim to blur boundaries and demolish differences. Produced and mixed by Ali Chant (Matthew & The Atlas, Gruff Rhys, Elder Island, Perfume Genius, This Is The Kit), with Guitar & vocal engineering by Tom Wilding (Gabrielle Aplin, Yola), mastered at Abbey Road and artwork by RUFFMERCY; it’s clear that, whilst Cyrene’s identity remains a mystery, she means business and intends to stick around for as long as the songs she has covered.

Cover artists are often looked down upon, but the artistry with which this debut EP has been crafted and with which Cyrene twists and turns through the lyrics has got to be a cause for credit and we endeavour to give credit where credit is due.

Time To Pretend is out now.