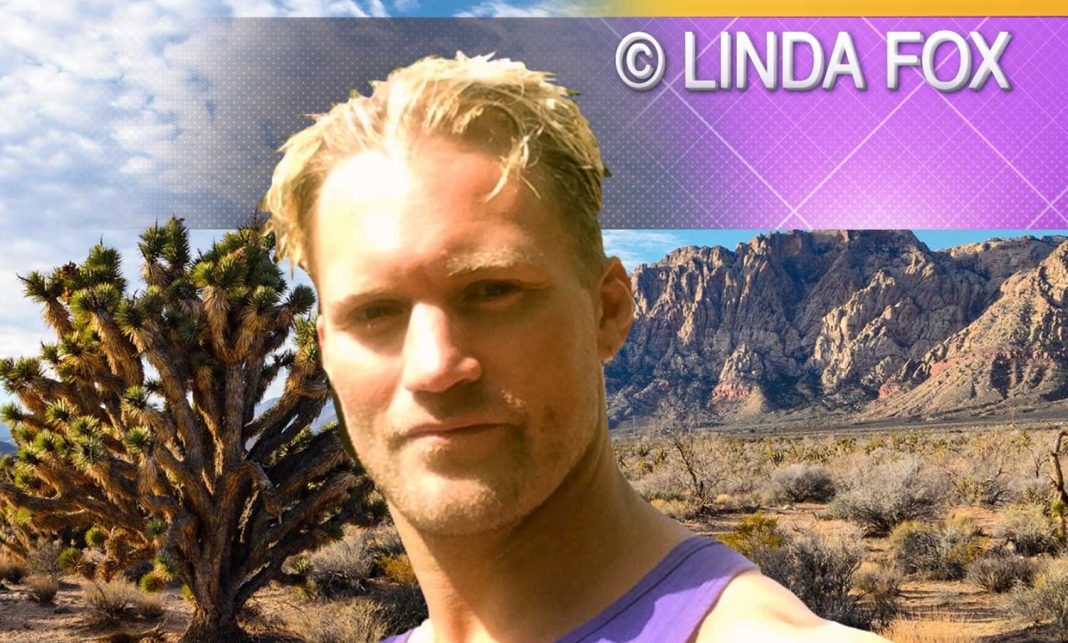 “One night, deep in a dream, I heard a thousand voices all at once say it to me: You gotta trip before you fall. Well, throughout my life I’ve observed several attempts (made by those shadowy figures in control) to render love obsolete, or maybe just uncool. I’ve also observed that love comes back stronger than ever after each assault. I gather you’ve all got love at your core… but before you fall in love you gotta trip out of flux.”

Under the moniker of © Linda Fox, Canadian-born Dave Biddle has been twisting norms, his music built organically while taking cues from various levels of the subconscious and dream-states. It may sound oddly Freudian, but the © Linda Fox experience piques curiosity through its hypnotic, intriguing nature, raising whoever listens up to higher states.

Gearing up towards his third album, set to be released this spring via a Street Pulse and Shameless/Limitless collaboration, new single ‘I Tripped Out Of FLUX’ speaks for itself: a trip into the fantastic, a dazing journey into a soothing, musical bliss.

Listen to ‘When I Tripped Out Of FLUX’ below:

© Linda Fox will be performing at Torstraßen Festival. Get your tickets here.

Ahead of the single release, we wanted to know how © Linda Fox concreted himself and figure out what the driving force behind the project is – so we spoke to Dave as he quarantines with his dog somewhere in the world. #staythefuckhome

—
While splitting your time between Canada and Berlin, what has each space offered © Linda Fox in terms of creative possibilities?

Vancouver is great for my creative process because it’s sixty percent simulated, which gives me plenty of opportunity to move between two different realities. Most people don’t realise that in Vancouver users are able to submerge their entire bodies in the Real Pacific Ocean, remain underwater for a minimum of seventeen seconds while experiencing the icy currents rush against their Tru_Flesh, and then seamlessly emerge from a heated Simu-Sea in the world’s largest Indoor Dreamscape. No other city is equipped to offer such a stimulating experience. However, Berlin is truly Justified and Ancient. I’ve seen people hold each other’s bodies in the middle of a power plant – and that was not a simulation.

In Vancouver users can sprint through an endless cedar grove, jumping sword ferns and fallen logs, stopping only to take deep breathes of Real Forest Air (RFA). While stopped with hands-on-hips for maximum inhale capacity, users can then stare into a smoky beam of sunlight that hangs curtain-like across the canopy, doing so for a minimum of seventeen seconds while feeling the mass of ancient trees towering all around with proto-cathedral sublimity, and then seamlessly exhale their final breathe of Savasana in the world’s most realistic Holographic Yoga Retreat. No other city can advertise such wellness. However, Berlin is truly Justified and Ancient. I’ve seen entire communities of people enter the city streets all at once in order to establish that those streets belong to them and not the police – and that was not a simulation.

Your forthcoming LP is coming out through Street Pulse & Shameless/Limitless, some of Berlin’s most interesting labels/promoters. How has the power of collaboration and being surrounded by / working with such people contributed to the creation of the album?

I’m not really superstitious but I do think it’s bad luck to have only one label. I’ve always thought that. I’m not superstitious at all but I do believe in miracles (occurrences that cannot be explained by any natural or scientific laws), and I’ll say without hesitation that meeting Kevin from Shameless/Limitless and Kari from Street Pulse was miraculous. Picture this: I was heading to Berlin on business a few years back (I’m also a businessman) and I’d just finished my first solo album called Leopards Break into my Heart (available wherever you stream). I sent it to Shameless/Limitless on a whim looking to play a Berlin show between conferences… whaddayaknow, the guy writes me back the next day saying he’s got the album on repeat! Melts my heart just to reminisce about it.

I’m really not superstitious but fast forward a couple Berlin shows later and I’m playing at Loophole with deranged genius Discovery Zone (available wherever you stream) and Kari from Street Pulse who was DJing soviet disco records… I really fell in love with that Neukölln scene and it continues to inspire me. An incredible musician named Seb from around there played some really deep classical guitar on the new record. Seb’s a really deep guy (available wherever you stream).

Dreaming is one of your main sources of content/inspiration – How do you pick up and evaluate the ideas worth exploring?

Some people think that dreaming is a subconscious process that sorts through details from your waking life, organising them on a deeper level for your conscious mind to learn from and respond to. I personally think it’s more likely that dreaming is a phenomenon that can allow us to get insanely rich.

It’s true that lots of my music is born initially out of dream-states. My last album was called 2020 Dream_Vision™ (available wherever you stream) because every song on it was built off something I brought with me out of a dream, whether a soaring melody, an insightful lyric, or just an irresistible cadence. I often sit up in bed first thing in the morning and say out loud “that’s a moneymaker”. It’s become a bit of a catchphrase with my fans (on t-shirts etc.). My forthcoming album is different in that it was made entirely on Grammarly. I would just write myself an email every morning trying to describe my last night’s dream, then I’d run that through Grammarly’s “hit song” filter and the album took just over two weeks of almost no work on my part.

A common denominator in your songs is the saxophone, almost a staple. Do you think it’s the element that best recreates a state of dreaming?

There’s something ethereal and drifting that allows the saxophone to move over top of other instruments like it’s in a separate dimension. It can be like a ghost that haunts a song. When I make music I often rely on the sax to smooth over rough edges and to stitch together parts of the journey that need it.

How would you best describe your music?