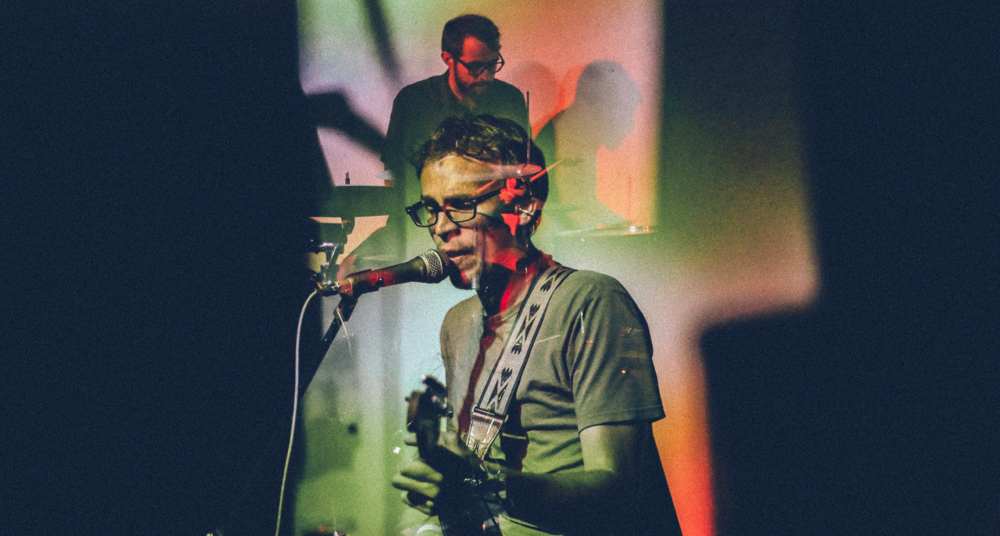 When an album comes along and feels something like an old friend, comforting and familiar yet full of new tales to share and with these a sense of growth and evolution, you know it’s one to keep close. Such is the new record Count Bateman from cult NYC band Frog. Ahead of the album’s release we caught up with Frog vocalist and guitarist Danny Bateman to find out five tracks that have influenced the band.

The fourth release from Frog, Count Bateman, displays a distinct sonic shift from previous releases whilst instantly being recognisable as the Americana-infused lo-fi indie that has earnt Frog acclaim with the past records. And situational changes behind the record give tangible context to this difference in sounds; “I bought a 1979 MX5050 tape machine from a guy in the Antlers when he moved to LA. Then Tom moved to London and I’m left jobless, drummerless, antlerless. I had to learn how to use tape machines, play drums, harmonica…” Bateman details. The result is a stunningly emotional and sonically eclectic record. At once delicate, vulnerable, self-assured and imbued with a certain nuanced simplicity, Count Batemen holds a supremely affecting emotive power demonstrating Frog’s striking songwriting.

With Count Bateman co-released August 16th on Audio Antihero and Danny Bateman’s own Tape Wormies, get to know Frog In Five…

—
Mozart- Die Entführung aus dem Serail
This is an amazing opera.  I got on a serious Wolfie tip after watching Amadeus for the first time.  To be honest, Mozart’s music is always amazing.  Every song is fun, every part is thrilling on every song, except for some of the early shit and even that is really cute.  Sometimes you gotta check out the restaurant in Times Square too; it could be good!  This opera is I THINK about rescuing some girlfriends from Turkish brothels, I just like the way the German words sound.  You can skip the dialogue ‘cus it’s sing-spiel.
—
Todd Rundgren- I Saw the Light
It’s just about the vibe, man.  Sandals, short shorts, sunglasses, muscle beach in ’88.  I like L.A., most people I know hate it.  I kinda set the new record in SoCal in the 70s, when there was really an ideal sippy-cup mysticism that all the singer/songwriters were trying for.  The way of the Tao stretched all the way to Santa Monica it turned out.
—
Paul McCartney – Uncle Albert/Admiral Halsey
This was on the youtube suggested playlist after the last song.  I LOVE THIS SONG.  Macca tends to write a lot of his best songs as the second part of just an OK song, well actually I love both parts but you know what I’m saying.  Ram is his best solo record, he’s having a lot of fun, he gets to hang with his wife while he makes records now.  I think they made this in Scotland somewhere, which rules because Scotland is the greatest place in the Western Hemisphere.
—
Johnny Greenwood – House of Woodcock
This is from the Phantom Thread soundtrack.  I find that I’m just as influenced by movies when I’m making music as other music.  I liked this movie, but the soundtrack is otherworldly- it’s a whole world.  This movie would be better if it were just the shots and the music, which are both heavenly.  London is so pretty like this.
—
Loles León – Cancion Del Alma (from “¡Atame!”)
This is one of my favorite movies of all time.  This scene changed my life. Almodovar is the Rolling Stones of directors, every movie is the same and they’re all good. Antonio was a dreamboat, wow. Any movie that starts with the hero getting released from the asylum is automatically worth watching.
—
Count Batemen is released on August 16th, buy the record here.