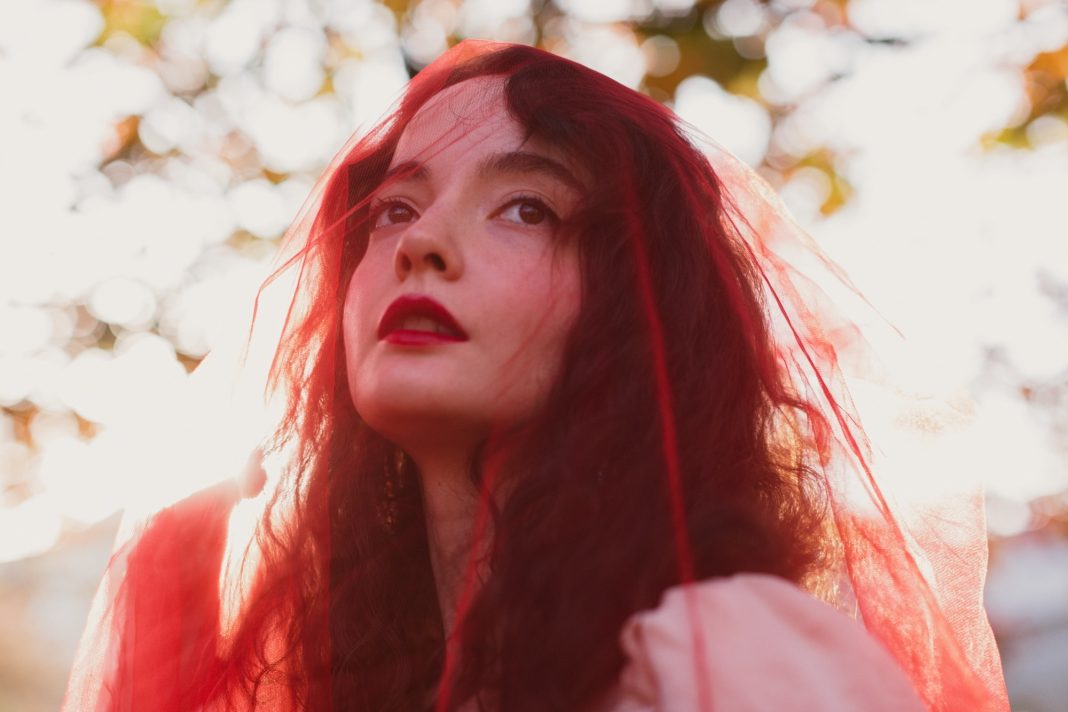 Having first aspired to become an opera singer – owing to a very creative childhood and upbringing – life seemed to have had bigger plans for Gloria de Oliveira. After completing her studies in London and working in radio, film and theatre, she later ended up between Paris and Hamburg, studying fine art to further develop herself as an increasingly skilled multi-disciplinary visual artist, musician and actress.

You’ve seen her on TV as Tilly Brooks in the neo-noir series Babylon Berlin, while as a director, de Oliveira has been internationally decorated for her experimental short films and music videos. As a musician, she creates a universe that is rightfully hers to thrive in: eerily dense; desolate but, nonetheless, very human.

Fascination, released by the Cologne-based label, Reptile Music, compiles on CD and vinyl ten original tracks from two previous EPs, La Rose de Fer and Lèvre de Sang, as well as seven additional remixes by artists such as the legendary Gudrun Gut, Box And The Twins, Fragrance., Tellavision, and The Wide Eye.

We’re delighted to have Gloria de Oliveira featured again, this time sharing with us a selection of tracks that have shaped Fascination, inspired her music and her compelling work as a visual artist. Order Fascination here.

Ultra depressing, ultra danceable, ultra delicious synth-driven music might be one of my favourite genres (it’s also why I love Eurodance so much).

I caught Bram Stoker’s Dracula randomly on television in the middle of the night as an impressionable 16-year-old and it struck me in such a way – I will always remember how I first heard Gary Oldman’s Dracula say “I’ve crossed oceans of time to find you” to Winona Ryder’s Mina. Or how it felt to hear ‘Love Song For A Vampire’ for the first time while the ending credits rolled.

This type of doomed romanticism, the way French director Catherine Breillat defined it – “I am eternally, devastatingly romantic, and I thought people would see it because ‘romantic’ doesn’t mean ‘sugary’. It’s dark and tormented – the furore of passion, the despair of an idealism that you can’t attain” – is what I’d been looking to capture in my EP La Rose de Fer. I actually stole that heartbeat kick drum motif that features in some of the tracks directly from Annie Lennox.

Similarly to Dracula, I’ll never forget seeing Blue Velvet for the first time in my parent’s living room as a teenager – that scene at the house party where Laura Dern and Kyle MacLachlan draw closer to each other so tenderly and cautiously while dancing to ‘Mysteries of Love’. The whole film actually uses music in an unforgettable way – it also introduced me to Roy Orbison. (Sorry, I really tried to make this list not consist only of soundtracks, so bear with me). Floating Into The Night remains one of my all-time favourite albums. While working on the song ‘Roses In The Frost’, I listened to it a lot and also showed it to my mixing engineer, Linda while on a hunt for the perfect reverb.

To me, Françoise Hardy is one of the greatest songwriters and musicians of all time. Something about the way she so effortlessly describes and phrases certain emotional conundrums hits me immediately and makes me want to dissolve into a puddle of tears, no matter how often I listen to those tracks. ‘Voilà’ is one of my favourites.

My mother was friends with Nara while they were both studying psychology in Rio. I grew up listening to her music but this is one of her rarer tracks that I only discovered in my late teens browsing on Youtube and it instantly became one of my favourite pieces of music of all time – the intimacy of the black and white performance video and the sound quality really adds to it. I am currently working on approaching this type of minimalism in my music and the accompanying visuals. 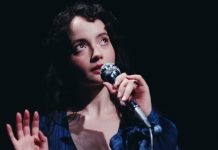