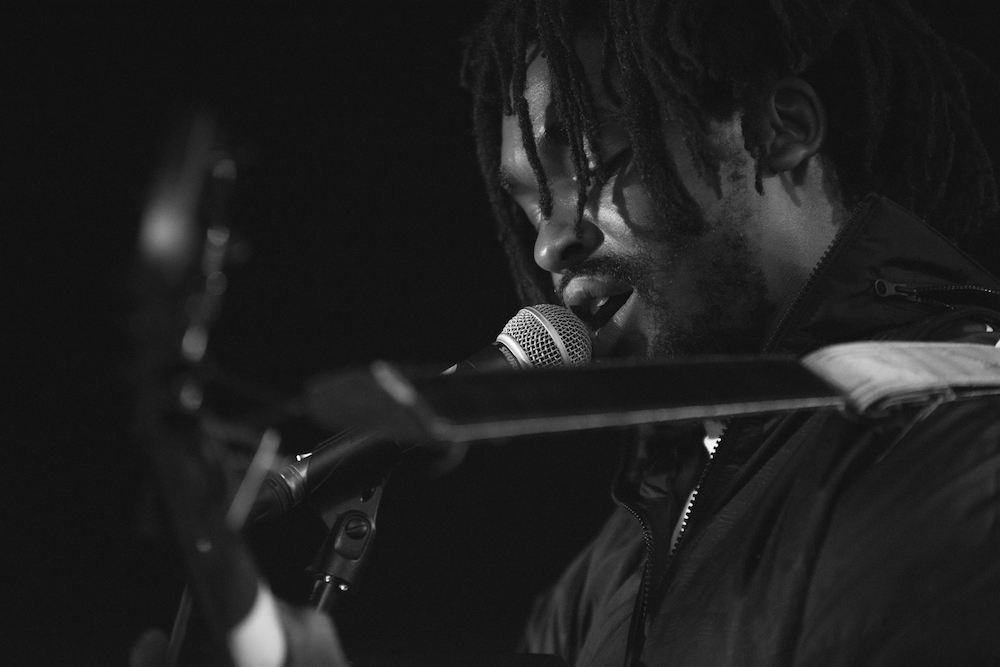 A maverick artist with a penchant for story-telling, Hak Baker ended his landmark 2018 on a high last month with the release of new single ‘Dopehead’. Ahead of a long-awaited extended project due early this year, the artist has shared with us five tracks that have inspired his sound.

Baker has enjoyed a landmark few months over the last quarter of 2018, releasing new music (‘Thirsty Thursday’), hosting regular fan events in East London and making his coveted Jools Holland debut on BBC Two in September. It follows a hectic breakout period that saw Baker release his debut EP, Misfits, to widespread critical acclaim (and a Skepta co-sign) less than 18 months ago, quickly spotlighting him as one of the most absorbing new talents in UK music.

As we wait in anticipation for Baker’s next release, we asked the singer-songwriter to talk us through five tracks that have inspired his sound.

My friend Phil showed me this tune, he told me that he thinks our guitar sounds are similar. I was amazed when I first listened and further flattered that he made the comparison to the great that is Callier. This is such an amazing track which depicts life as it is, accompanied by longer journey-filled instrumentation. A beautiful track that also lets me know there’s so much possible with just a man accompanied by his guitar.

Gil Scott-Heron – The Revolution Will Not Be Televised

Strong words by the legend that is Gil Scott-Heron. Words that are becoming more true everyday. It’s direct and punchy. A top track to be furious at the world with.

I used to sing this song daily. I remember at my mum’s singing it in the bath routinely. Bob is the man, I could go on and on about how much of the man he is but that’s common knowledge. This is also the first song the legendary guitar teacher who taught me whilst I was incarcerated taught us to play. Remnants again of what man and guitar can do. Especially when you feel helpless. ‘For all I ever had. Redemption Songs’.

Skinshape has been a recent discovery for me this year. His music comes lulling with easy listening. Soft on the ear with quarrels of the heart. He’s a genius and comes as a modern-day inspiration. In this song in particular he lets his guitar-skills do the talking again accompanied by a female vocalist. Slow paced.. double easy listening man. This geezer is awesome.

I’m a f*cking old soul man, through and through. I like beer, I love women and love manners and respect [laughs] Fleetwood Mac are time portal executioners. Listening to their music makes you feel as though you’re in the 70s rocking, crying emancipating yourself within the ridders. Flawless is every aspect. Proper music.