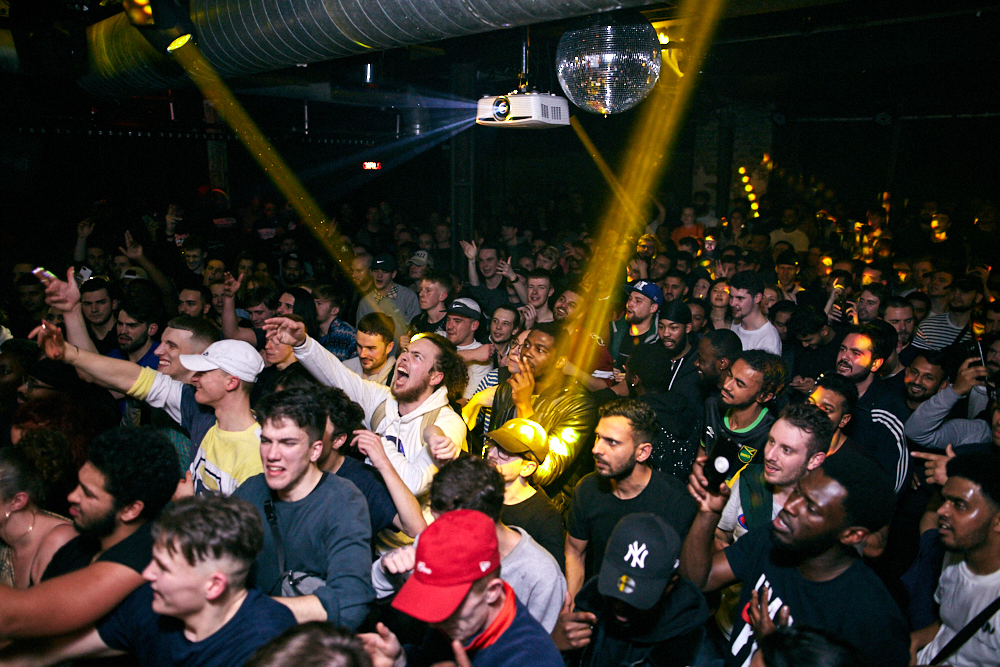 Running from 28th January to 3rd February, Independent Venue Week serves as a powerful reminder of the important role that independent venues play in the UK’s creative and cultural landscape. At LiS we’ve chosen our top picks for the week, serving as a guide to help you celebrate London’s best independent venues and some of they acts they serve.

Independent Venue Week is a 7-day celebration of small music venues around the country and a nod to the people that own, run and work in them. Running from Monday 28th January to Sunday 3rd February, IVW serves as a powerful reminder of the important role that independent venues play in the UK’s creative and cultural landscape – serving artists, fans, employees and owners alike.

IVW feels increasingly poignant in the capital as we see more and more venues close their doors for the last time. These venues play an important part in the UK’s music industry giving artists their first experience of playing live in front of an audience and a chance to build bonds with fans that will stick by them. These much loved independent venues are a crucial spring board for acts that one day may go on to play stadiums and festival main stages.

Supported using public funding by Arts Council England in the UK and also the wider music industry and brands globally, Independent Venue Week brings together these venues along with breaking and established artists, promoters, labels, media, bloggers and tastemakers to create a nationwide series of gigs.

At LiS we’ve chosen our top picks for the week, serving as a guide to help you celebrate London’s best independent venues and some of they acts they serve.

At 17, Nov went on his first tour outside of the UK and was nominated for a MOBO Award in the Best Act of Grime Category. At 18, he featured on Skepta’s award-winning Konichiwa album and made his first appearance at Glastonbury. In 2018 the ‘Poster boy of Grime’ finally gave us his debut studio album Novelist Guy, utilising Grime’s cold aesthetic and neatly weaving it with elements from a broader palette. We’ve fully watched the rapper evolve from pirate radio to critical acclaim and now that he’s stepping away from collaborations and onto his own two feet, this show is a result of that and not one to be missed. TICKETS HERE.

Alice Jemima’s self titled album – released last year – was a masterclass in the ways softness and strength can work together, compliment each other and create the most moving of music. Don’t miss her at Hoxton Bar and Kitchen this week it’s going to be a feast of textured synths and stunning vocals with a the kind of pop sensibility to keep you hooked. TICKETS HERE.

If you’ve ever lost yourself in Bestival’s sweaty Club Dada tent then you already know Continental Drifts are responsible for some of the most raucous festival venues in the UK. Partnering with some of their favourite promoters – including Wormfood and Movimientos – for this year’s London Remixed Festival, Continental Drifts will celebrate emerging talent across a myriad of genres. Expect latin, afrobeat, balkan, and even a brass band soundclash. It will be silly (DJ Hiphoppapotamus’s set, anyone?) and the dancing will be wild. TICKETS HERE.

The buzz around Horsey is hardly surprising: emerging from the world of King Krule, Goat Girl, Jerkcurb, Black Midi etc, they dabble in a wild and glorious cacophony that is definitely pop and definitely jazz and maybe a hundred other genres. Whatever you want to call it, it’s brilliantly danceable and we hear they are astonishing live – which is all we really care about. Listen to new single ‘Bread and Butter’, and make sure you’re at the always-fun Amersham Arms on Saturday. TICKETS HERE.

Black Country, New Road are equal parts exhilarating and eerie, making jagged post-punk that references Ariana Grande i.e. the very best type of post-punk (just listen to their first single “Athen’s, France”, released through the always discerning Speedy Wunderground a couple of weeks ago) You need to catch them live to see what all the hype is about and before everyone else finds out about them. The Windmill seems like the perfect place to do just that. TICKETS HERE.