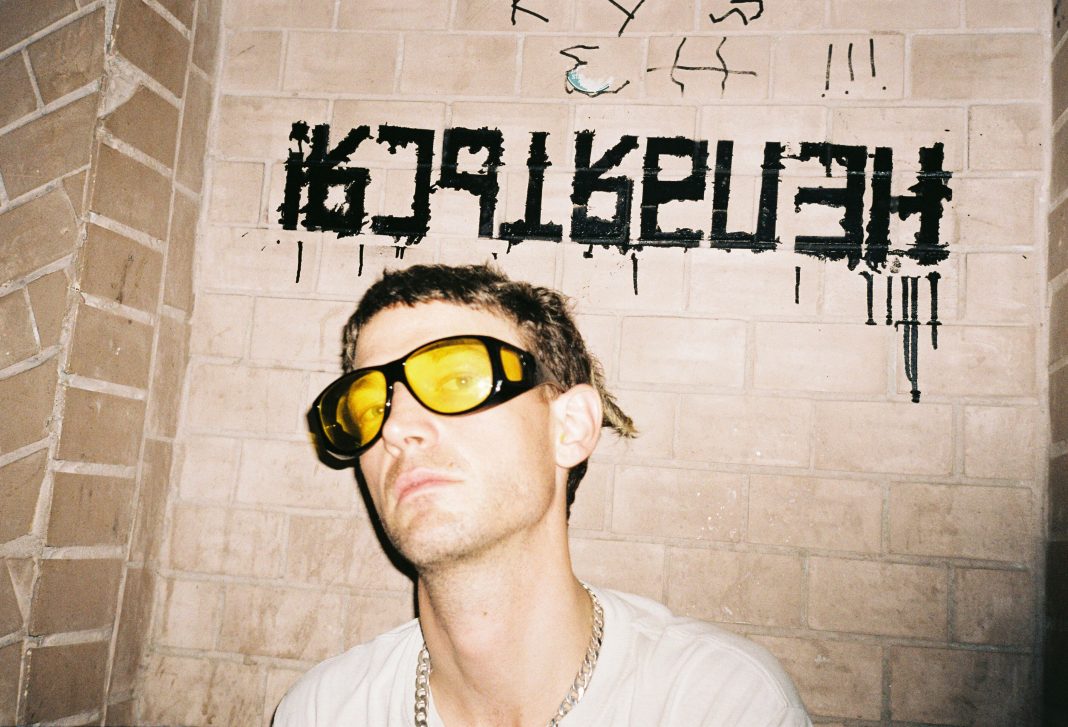 Straight out of Kansas onto the murky streets of Neukölln, lofi art-pop bae, Jae Tyler is giving redneck glamour a good name, embracing the ‘more is more’ with his whimsical tunes and deranged aesthetics.

With an album coming up in January 2020, out via Street Pulse, fourth single, ‘Nothing Gets Me (Harder)‘, featuring Mr. Silla, is a tale of sexual excess, sleaze and bedroom banter, soundtracked by remnants of Prince-inspired guitar layering, classic rock pointers and wrenching epic synths, all dipped in a delightful lo-fi glaze that would make Ariel Pink weep.

Ahead of his performance at Shameless/Limitless’ 11th Anniversary celebrations at Loophole, we invited Jae Tyler to give us some insight on his upcoming album, inspirations and sources of creativity… or anything he might want to share.

Being one of the generations of composers to first begin thinking of themselves as artists rather than mere tradesmen, Beethoven’s Piano Concerto No. 5 (Emperor Concerto) is a depiction of encompassing genius that is godlike in artistic vision, while structurally airtight in design. Luscious harmonies slathered over tender melodies would not have left a dry seat nor a flat lap in the house. Combine that with Glenn Gould’s charismatic touch and you have the musical embodiment of that Volvo® commercial Van Damme did back in 2013. BIG sex vibes!

I first heard ‘Ongaku’, off Naughty Boys, while digging through old live material of YMO and found their performance at Budokan in Japan ’83. At first listen, it sounded like they were making mistakes because the amount of chromaticism they use is completely fucked. I thought, “For a band full of such great musicians they’re really sloppy live.” Alas! the joke was on me. Aptly named ‘Ongaku’, meaning ‘music’ this song is another selection showing my weakness for compositional prowess.

The Cars – Just What I Needed

This is a song that would routinely come on the classic rock stations in Kansas when I was growing up. I didn’t realise until later how directly The Cars would influence a lot of 90’s alt-rock, most notably this band called Weezer. With or without children I believe most anyone can find an appreciation for these dad rock behemoths of yore.

Here’s another seminal classic rock banger. Most/some kids go through a phase before they hit puberty where the bulk of their influence, musical or otherwise, comes from the parental unit. My Dad was a Heart fan, so after he got me my first drum kit at ten, I made my Mom buy me the ‘Little Queen’ CD at Wal-Mart®, and the rest was, y’know. When I wasn’t at school I was downstairs playing the drums to Barracuda. Heart not only taught me drums, but also that Ann Wilson is one of the coolest vocalists from this planet.

Prince – The Ballad of Dorothy Parker

This is one of the coolest Prince songs ever. The Lyrics are basically about meeting a sexy waitress, getting bathed by her with his pants on, listening to the radio together, and then going their separate ways. Not to mention he was using one of the dankest drum machines, the LinnDrum LM1, and recording it all in one go. There’s a stream-of-consciousness aspect to this track that is so appealing to me and an expression of innocence from our purple Prince in the sky. R.I.P.