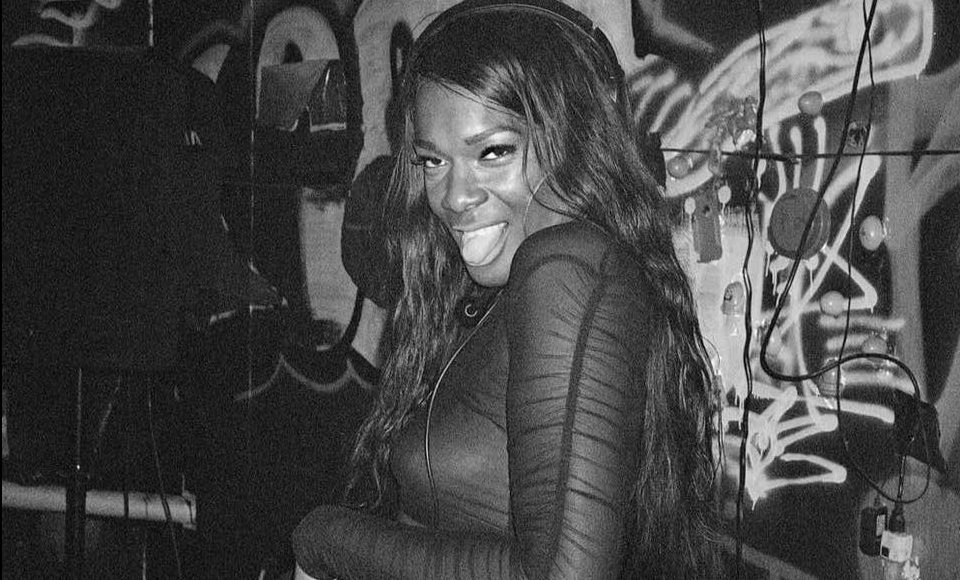 After her successful and lustrous EP, SIS, Jasmine Infiniti has risen once again, delivering her long-awaited debut album, BXTCH SLÄP, the self-proclaimed “soundtrack to the apocalypse”, a thirteen-track delight for these days of isolation.

Longtime member of the New York vogue house, House of Infiniti, and leader of trans/gender non-conforming queer collective and label, New World Dysorder, the Brooklyn-based producer is known as a dancefloor trailblazer, creating a daring symbiosis between genres. Mixing elements ranging from house, to EBM, to ambient techno and industrial, Infiniti creates a danse macabre that feels oddly intimate, even amid throbbing and distorting beats, raising hell in any club she performs in.

In support of her album release, we invited Jasmine to give us insight into what made BXTCH SLÄP a reality and her musical journey as a DJ and producer

Masters At Work – The Ha Dance

Ever an inspiration and a cultural staple for the ballroom scene, ‘The Ha Dance’ will always be with me and ingrained in my tracks. It always reminds me of voguing on islands between the highways and parks of New York, from the Bronx to Brooklyn. On the subway duck-walking on our way to The Ville. The crash, much like a dip (or shawam), is an exclamation point to the sentence.

This Future Brown track was iconic for me and would literally get me ready for work in the AM, going out with friends at night, or even perfect for intimate sexy times. It had this futuristic sort of metallic vibe I sometimes try to bring into my tracks and DJ sets.

First of all, iconic. I Hate Models first popped up for me on some random internet radio stream on Second Life and I was an instant fan of all of their work. They just capture this dark techno vibe that I hope to give-off someday.

The perfect comedown track. I feel like it just teleports me to this sad place, and I’ll admit I love a depressing vibe. It’s cathartic in a very sexy way.

Erica Mar (FKA Powowow aka Demongay) – I’m Not The One

This track by my sister, DJ, mother and daughter of Dysorder, is a track I do not eject my USB without playing. The 3LW sample “I’m Not The One” has always inspired me, paired with those dark, witch house-y vibes. It really speaks to an era of living in Oakland I won’t ever forget.