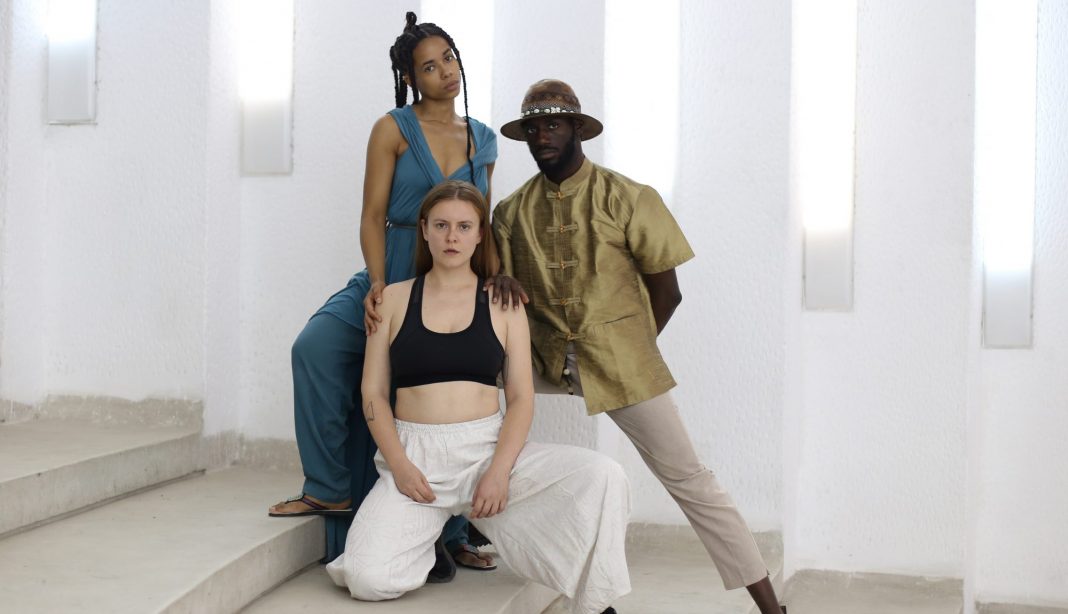 Katerina Stanishlevikj has been an integral part of Berlin’s music scene for a good while – spending time as a musician, DJ and booker – but it was only with our unwitting entry into the throws of 2020 that her own project came to life. Enter: Katerinha, profferer of soulful, genre-less jams to calm the mind and lift the heart.

Her first offering, ‘Trippin’, is a minimalist meisterwerk of sparse rhythms, analogue synths and rich, hypnotic vocals. Coming to be with the help of collaborators, Àbáse and jazzbois, it’s a heady and romantic track which, if you’re anything like us, you’ll find highly repeatable.

The accompanying video, which you can check out below, is deserving of attention in its own right. Shot across various former-Yugoslavian locations, Exocé Oob Kasongo and Astan Meyer lead us through some gorgeous choreography in and around abandoned monuments. There’s a lot to unpack – old meets new, space-age meets the forgotten, Africa meets Eastern Europe – but one thing is clear: Katerinha and her cohort are looking to be a creative powerhouse indeed.

Join us in getting under Katerinha’s skin on this In Five, as we ask her to share some of her most influential tracks and artists.

Cleo Sol – When I’m In Your Arms

This song is so well-crafted, just like the rest of the album. The percussion, her layered singing and just the entire vibe of this is on a high level of artistry. The arrangement and structure of the song take me on a trip; every little detail has the right energy. I’m very happy to live in the same time as artists like Cleo Sol, it’s very inspiring and nurtures my belief for great music in the future.

I found this track on Jungle’s edition of Back To Mine – the legendary UK compilation series. I played ‘No Fear’ in all of my recent DJ sets and will continue to do so as soon we can dance together again! Inflo is a relatively low-key producer who is behind many exciting releases at the moment, working with Jungle, Little Simz, Cleo Sol, Michael Kiwanuka and others. He’s also part of the mysterious SAULT, who keep on putting out amazing funk and soul music.

My friend and collaborator, Àbáse just released a remix of this Brazilian beauty. The original song is a tribute to the Orixa [goddess] of the sea – Yemanja. This has roots in the Yoruba culture, which was brought to Brazil with the Atlantic slave trade. The rhythms and energy of the Candomblé music have a special energy and I’m very much enjoying the fresh “clubby” vibe in this remix.

Another proof I’m a sucker for potent basslines 🙂 ELIZA’s performance and songwriting are taking pop music to a new level and I love the production on all of her recent songs. There’s a warm feeling to this song that goes perfectly with the smart, kinky lyrics. It just sounds proper tight.

This track has a shamanic power. Combining jazz and house in such a sophisticated way, it lets you vibe with it so easily. The kick drum is like something from another time, I love the ‘tribal’ sound of it. Love the layers of the arrangement, the entire track is like a fun trip of discovery.