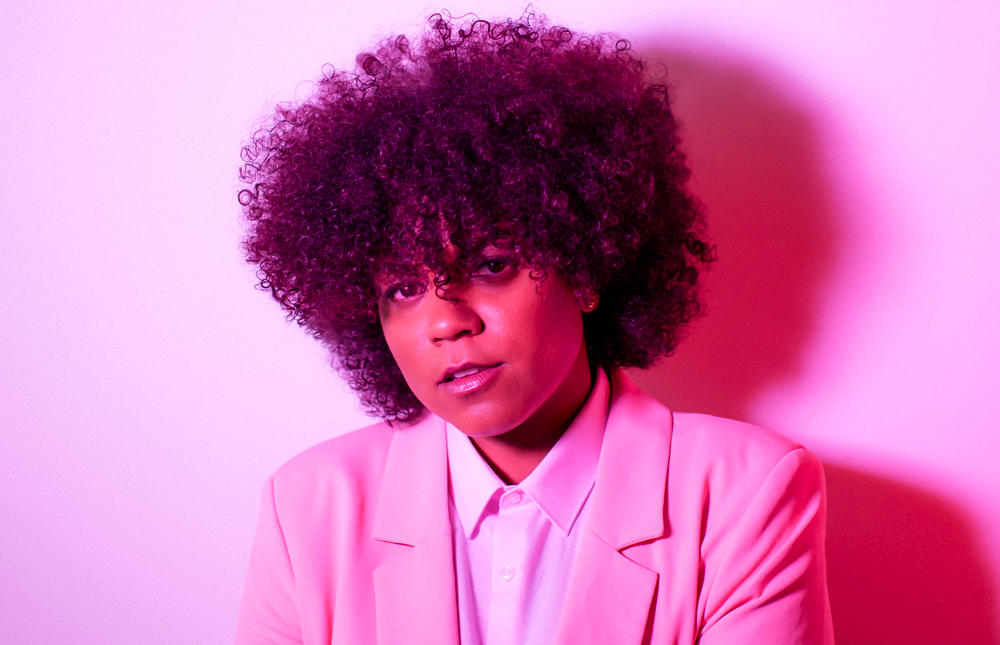 Not only is LANTA a great musician, crafting atmospheric 80s infused synth-pop, but she also makes pretty great comics too, which is a winning combo as far as we’re concerned. Her latest single ‘More Alive’ is the second track from her conceptual project that includes a comic book accompanying the tracks.

Through the comic, also entitled LANTA, she explores inclusivity around sexuality and identity, and throughout all her artistic output her perpetual creative curiosity is innately tangible. Speaking on  ‘More Alive’, the Margate-based artist says, “I’d rather risk making a wreck in a relationship with someone I’m crazy about than last a lifetime with someone I’m indifferent about”.

Ahead of playing a headline show at Sebright Arms in November, get to know a little more about the multi-talented artist In Five.

The Cardigans – Erase and Rewind

I was obsessed with Baz Luhrmann’s Romeo and Juliet movie from when I was around 13, I could recite whole chunks of the script off by heart. I was that level of super fan nerd. Naturally I became addicted to the movie soundtrack, this is when The Cardigans were introduced to my life through, ‘Love Fool’. I fell in love instantly and went onto discover their Gran Turismo album which became the soundtrack to the entirety of my teenage years. Up until then a lot of my musical interests had solely been US pop but discovering The Cardigans introduced me to the alternative universe full of bands like Garbage, No Doubt and the Cranberries. ‘Erase and Rewind’ is my most played song from this album.

I’ve been a huge fan of Talking Heads since my parents used to listen to them when I was a kid but I didn’t know Tina Weymouth and Chris Frantz had also formed Tom Tom Club until I started to introduce 80’s influences into my production style. I only knew the riff from ‘Genius of Love’ from originally hearing it in Mariah Carey – ‘Fantasy’. I love how they crossed over into dance club culture and they went onto be sampled by multiple hip hop artists in the 80’s and 90’s.

Brand New – ‘Okay I Believe You, But My Tommy Gun Don’t’

I first heard this song parked up in my car with an ex-girlfriend and the second it came on we felt the lead singer Jesse Lacey was speaking directly at us. We stopped in our tracks and just sat listening not saying a word. Both of our families were going through divorces and I remember generally feeling pretty displaced at that time. I didn’t always feel the best about myself and lacked confidence but this song always made me feel alive and ready for anything.

Colin Hay – Waiting For My Real Life To Begin

Colin Hay is my song writing hero, he has an ability to be vulnerable and strong in his writing. I went to see him live at Shepherds Bush Empire, London and it was more like a life masterclass than a gig. This track has always been there for me throughout all of my high and lows. Colin wrote this song after being dropped by his record label. Sometimes the music industry can be a bewildering and frustrating place but there are lots of beautiful rays of light that shine through from artists experiences and this song is one of them.

Robyn – Dancing On My Own

This track is the complete essence of finely crafted pop with substance, Robyn is my pop crush and she sets the bar so high as a writer and producer. I pretty much worship her! ‘Dancing On My Own’ it encapsulates how all of us have felt at some point in our romantic crusades, going on a night out after having your heart completely torn apart.  The arpeggiated synths and bass are the driving force that manages to never veer into cheesy. I love how this track is it’s uplifting and crushing at the same time.