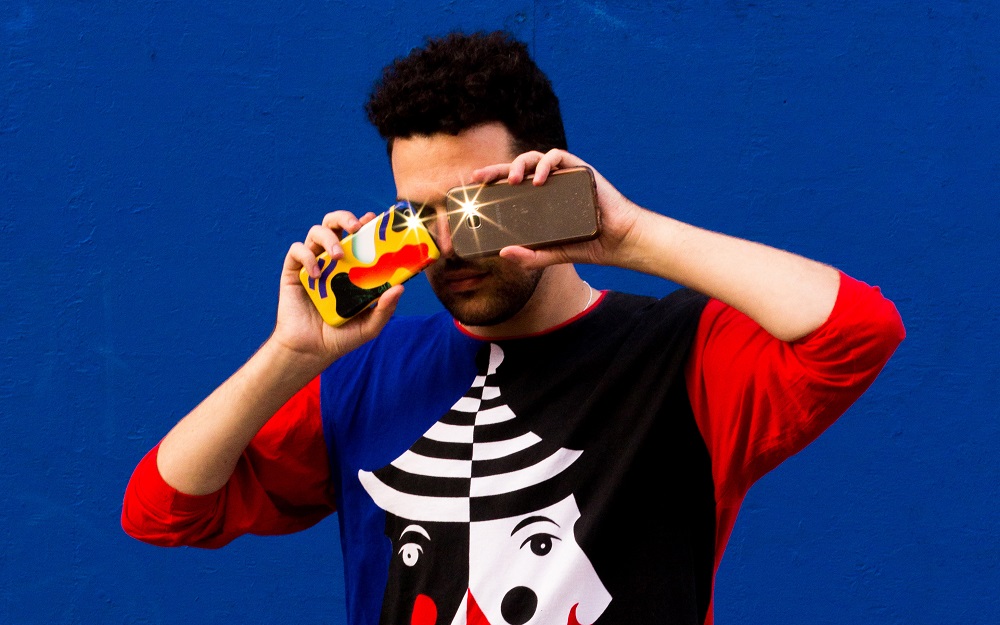 Ahead of performing a brand new AV show in New Cross this Saturday, artist and producer Morgan Hislop highlights five of the videos that have most influenced his work…

In our latest In Five, we take a momentary step away from asking an artist to highlight five influential records. Instead, London-based multimedia artist and producer Morgan Hislop considers the videos that have most influenced his own material.

With a penchant for colours as bright as the music he produces, Morgan Hislop’s work spans graphic design, collage, video and animation. He’s designed for clients as varied as Vice and Big Dada, and his work has been showcased on platforms like Dazed and The Guardian. Hislop recently curated a technicolour installation of his own work at Tate Britain for their ‘Truth‘ Friday late, and has designed the lyric video for NUXXE affiliate Sega Bodega’s track ‘mimi’.

When he’s not designing a myriad of brightly coloured stuff, Morgan is producing and DJing brightly coloured music. A voice on Rinse FM as one half of pop purveyors Limited Health, he’s released music via Parisian label Moveltraxx and New York’s Astro Nautico. Check the animation for his 2018 Moveltraxx-released single – the buoyant and sugary ‘Bruised Peach’ – below.

This week’s also seen an absolute screamer of a Dummy Mix from Hislop, certified club bangers only – “perfect for distraction from last-minute tax return hell”. Hopefully you’ve submitted your tax return by now, but you get the gist.

This Saturday, Morgan will present a brand new 270º A/V show as well as debuting new music when he performs alongside Bobby Tank and Baron Lanteigne at St James Hatcham Church in New Cross. His In Five highlights five videos – a combination of video art and music videos – that have influenced his own video work.

The video artist Bill Viola has played a huge part in my visual work since being at art school. He references biblical and renaissance imagery through his ‘moving portraits’ – super slow-mo videos that mimic the exaggerated drama that you find in classical paintings. This is one of a series he produced in early 2000s. There’s something really captivating and suspenseful about it which heightens the emotion. He has a Royal Academy exhibition at the moment in which he compares his video art to Michelangelo, so I would recommend catching his work big and in situ!

Brockhampton’s live performance of ‘Boogie’ on MTV’s TRL in Times Square. Sometimes it only takes a playful simple idea to produce an iconic performance. This echoes the crazy outfits seen in early Busta Rhymes and Missy Elliott videos – but without breaking the bank. Sometimes a bold DIY approach like this is all you need. I’m crazy for primary colours so the fact they’re decked out in blue and red only makes me love it more.

My favourite video from someone who consistently has inventive and exciting music videos; this one is directed by an amazing Japanese artist called Takeshi Murata. The use of nostalgic, weirdly domestic objects compiled in whacky vignettes has inspired me a lot. Like Bill Viola’s video art I think slow building footage or even still images can seem more ominous and have more presence in music visuals than fast-paced hectic video. The glossy sheen on everything through the 3D animations just adds to the peculiar feel.

MAYA DEREN – MESHES OF THE AFTERNOON

This piece of early surrealist video by artist Maya Deren has inspired so many artists for music videos, from Beyoncé to Janelle Monae. The mysterious figure with the concealed face behind a mirrored-mask has had a huge impact on me. Most of my work attempts to channel the same eeriness and exoticism. The majority of the film is cleverly shot angles and utilising household objects in ways that make them totally alien.

FINALLY people are starting to recognise the genius that is Tierra Whack! This 15 minute visual album depicts 15 separate tracks, all a minute long. The big inspiration here is that Whack has created this vibrant quirky universe that encompasses her music, her style and her videos. It all works together, creating this brand that operates as one creative vision. Other artists who are killing this approach – SOPHIE, Murlo, Iglooghost – they all echo their vision through their music and their visual identity too. The fact that each track in Whack World is its own micro-music video is a feat in itself. It’s super exciting to jump on board!