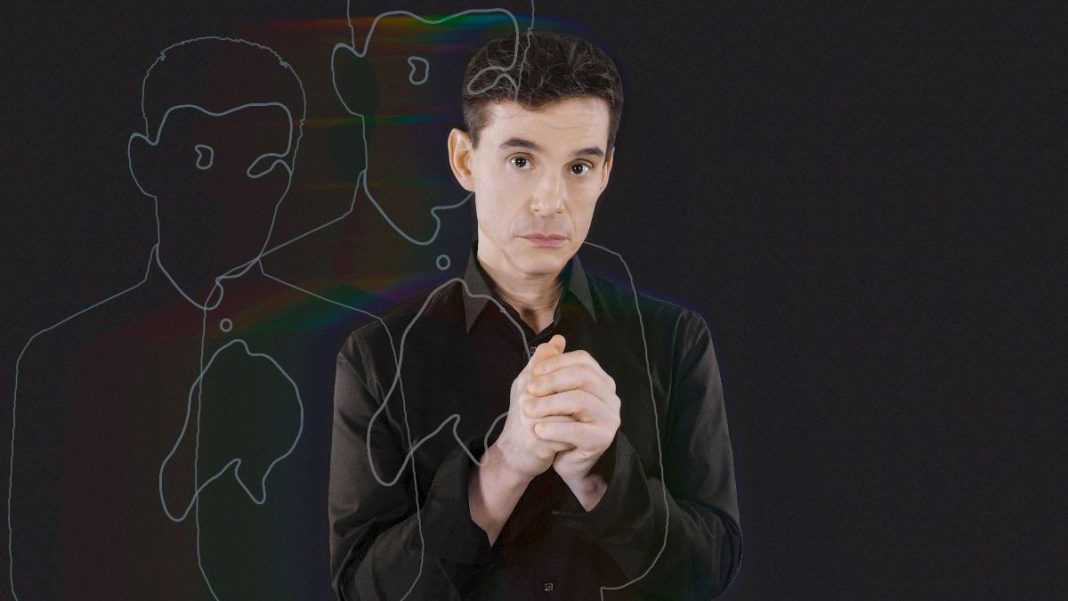 The date from composer Markus Popp – aka Oval – comes just two day before his new album, Scis, is released on his long-time label, Thrill Jockey.

As a musician, Popp has always championed software intuition over his own role in music making. His early albums critiqued the system of recorded music with disruptive glitches, all while constructing remarkably evocative and emotional performances from file manipulation.

Now that we’re catching up, he’s switched his focus again. New venture, Scis, sees him working with a fresh palette of sounds to create a newfound playfulness (yes!) into his complex loop architectures. With one head in the club and the other in his laptop, his intricate drum sounds have given way to driving electronic rhythms. Check out new single, ‘Oxagon’ below:

His is music that finds the listener asking: ‘How did he do that?’ Sounds sourced from prepared pianos, woodwinds and strings were manipulated with simulated sounds by Popp to create intricate and melodic sonic layers. He would then record a live playthrough of the pre-constructed loops while adding in instruments from his collection of sound samples to shape each song. Despite running through at a steady 120pm, his impressive command of space and intricate rhythms gives the album a distinctive ebb and flow.

“I wanted to make musical sense of a multitude of software modules sending data to each other,” Popp explained. “There’s always this balancing act of setting up a process, listening, intervention into the various processes and the traditional playing of (software) instruments. I built these songs clip by clip, sometimes over the course of months.”