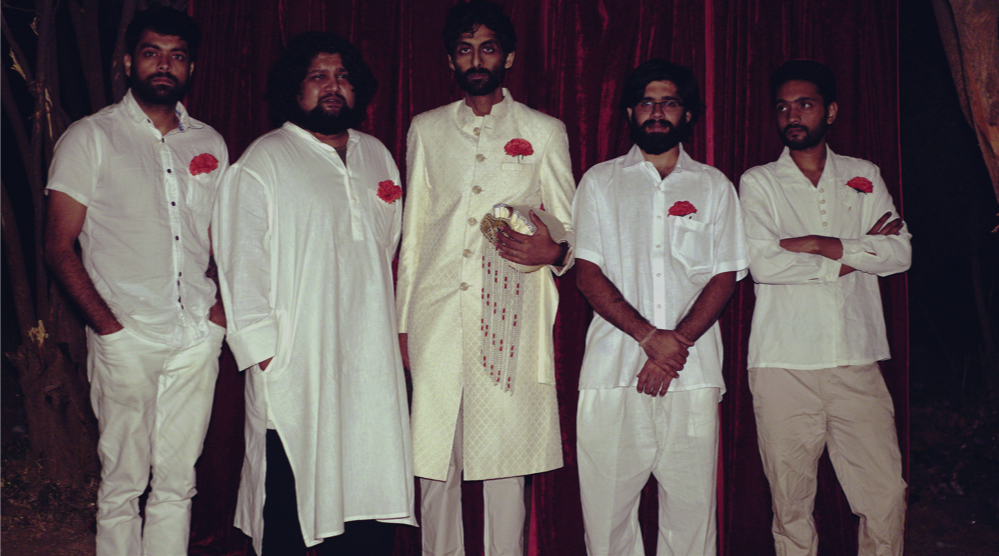 A year on from being signed to Parisian label Panache Records, Delhi-based quintet Peter Cat Recording Co released Bismillah ahead of a European tour. After almost a decade of relative obscurity, playing the circuits in India, the band has gained growing popularity across Europe after the release of their unofficial debut album, Portrait of a Time: 2010-2016.

Taking their enigmatic name from Haruki Murakami’s jazz club in Tokyo, Peter Cat Recording Co. trade in a kaleidoscopic blend of gypsy jazz, psychedelic cabaret, space disco, bossa supernova, Bollywood and uneasy listening. They themselves describe their music by drawing a circle and putting a dot in the middle.

Chatting to the band there is an obvious determination that stands out, which was clear when they spoke about recording in the living room of frontman Suryakant Sawhney. It was tricky to get a firm grip on the five-piece who – despite hailing from the Hindi-speaking capital of India – emerged sounding like a 21st-century big band reboot. Bismillah paints a better picture.

Traversing boundaries and genres, Peter Cat blends 60s Bollywood music with nods to Nirvana and the like; Bismillah fully shows the bands unique sounds.  Peter Cat is one of only a handful of bands originating from India who operates in a more typically western genre of music, with hints of traditional Indian music.

The group’s music resonates and toys with listeners’ emotions, a very deliberate ploy by the songwriters who use their own experiences and the world around them to write. This was clear during the first taste of Bismillah. ‘Floated By’ was the first single released in the build-up to the album and is a musing on missed opportunities & the brevity of life punctuated by fulsome brass and offbeat surges of synths.

The languid quality is offset by the attendant music video, created with footage shot, implausibly enough, at Suryakant’s own wedding ceremony. A cat might have nine lives, but on Bismillah and beyond, Peter Cat Recording Co. is hinting towards an unknowable multitude of dimensions.

They might be coming towards the end of their European tour, but the band will be back in the UK in November.