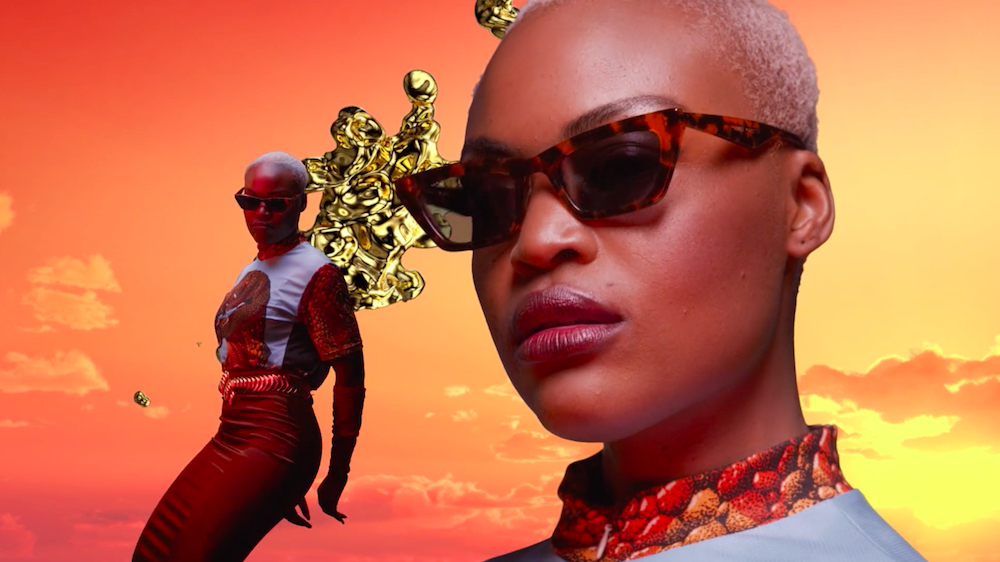 We catch up with Angolan artist, Pongo, to find out about a few tracks that have influenced her sound and her new EP, Baia, as we watch the hypnotic video for her immersive, Dancehall-flecked single, ‘Chora’.

Originally hailing from Angola’s capital city of Luanda, as a kid Pongo was forced to flee to Europe with her family to escape its lengthy and violent civil war. Eventually settling in Lisbon, her turbulent experiences are borne out across the Baia EP, a gutsy debut which blends Portuguese lyrics with nods to the Angolan genre of Kiduro – a hybrid which assimilates soca and samba – alongside a fondness for more western touchstones like techno & bass music.

The immersive, Dancehall-flecked ‘Chora’ – taking its title from the Portuguese word for ‘cry’ – itself rides atop crisp bursts of steel drum and snares, which ebb & flow beneath a smoothly assured vocal.

We caught up with the artist to find out about a few tracks that have influenced her and her sound.

I like listening to this song. It makes me travel in time and feel love. These African sounds touch my heart and my mind.

In Kimbundo, the traditional language of Angola, the title means sorcerer. It’s a mix of Semba and Kazukuta, musical styles from Angola.
When I listen to this song, I miss this country and my family who stayed there. I immediately remember the Range district in Lauanda, the friendliness, games and dances in the backyard of my grandmother’s house.

In this Semba song (an Angolan musical style) I feel the pride and emancipation of my people and their history in relation to slavery.

In this song, I feel the freedom and the expression of a very strong woman and black power, although I do not understand the meaning of the words. She is a very inspiring woman for me.

This song reminds me of the origin of my passion for dance and the immediate freedom it has given me.

Baia is out now.