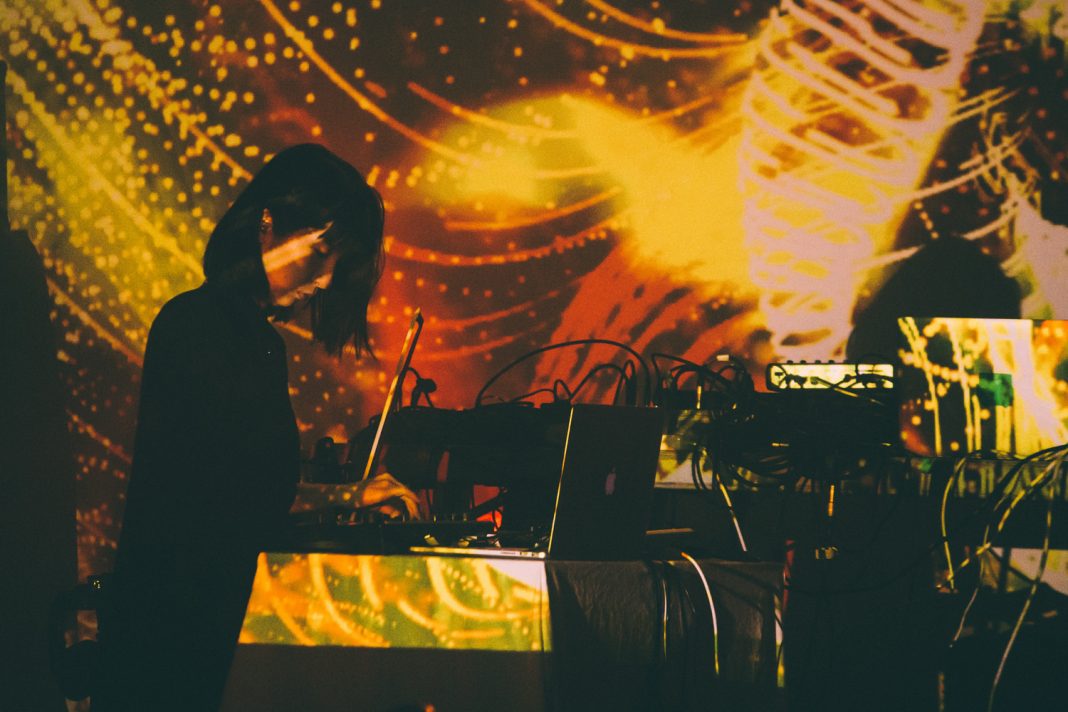 In the early years of Tangerine Dream, the band was often subjected to missiles of rotten fruit and vegetables while on stage. Audiences weren’t always so receptive to their unorthodox, synthesizer-driven music as they are now. Thankfully, no such uncouth behaviour was on display within the urbane walls of Berlin’s Passionskirche. The Kreuzberg Neo-Romanesque church was the setting for two marathon back-to-back performances. And as a dazed audience spilled out from the first, a crowd waited patiently outside for the second, late-night show.

Tangerine Dream are no strangers to performing in religious buildings. Famously, The Exorcist director, William Friedkin, once saw them perform in an abandoned church in Germany’s Black Forest and immediately asked them to score his next movie, Sorcerer – a soundtrack which they ably completed before even seeing a minute of filmed action.

Tonight, as the band set in motion five decades’ worth of material, created through countless lineups, it’s the cinematic quality of their music that permeates through. At its most evocative and driving moments, it’s easy to understand why so many movie directors enlisted Tangerine Dream for soundtrack duties, despite their – at the time – deeply unconventional sound.

Edgar Froese, the group’s founding and – up until his passing in 2015 – longest-serving member, had pioneered the use of hardware step-sequencers in the band’s early years. It was his spellbinding mastery of this technology that was instrumental in forging their chugging, hypnotic sound. At tonight’s performance, technology remains at the front and centre of the Tangerine Dream operation; the stage decked out in stacks of synths, keyboards, laptops, and other gadgets. It’s a 21st-century outfit.

As the set travels through Tangerine Dream’s extensive catalogue of material, tracks blur and melt into each other. The result is an almost trance-like experience. And as the band push on into the small hours of the night, the audience’s hallucinatory state is only further compounded.

Whether you’ve been there since the early fruit throwing days, were captivated by stirring chimes of ‘Love on a Real Train’, or first encountered their soundtracking chops while playing Grand Theft Auto V, Tangerine Dream’s music continues to root itself deep into the collective cultural psyche. It’s impossible to measure the reach of the band’s impact; decades of ambient and electronic music would simply not be the same without them. Ulrich Schnauss, a member of the band since 2014, has argued that it’s not only electronic music – but almost all contemporary music – that is a little different, thanks to them.

Tonight, Schnauss and his two associates, Thorsten Quaeschning and violinist Hoshiko Yamane, strive to affirm this legacy beyond the loss of the group’s most prominent member, Edgar Froese. The band may yet see more lineup rotations in years to come, as it distances further from the original gang of art-rockers that first met in West Berlin in the late-’60s. But the roots of Tangerine Dream’s influence will likely only continue to deepen.