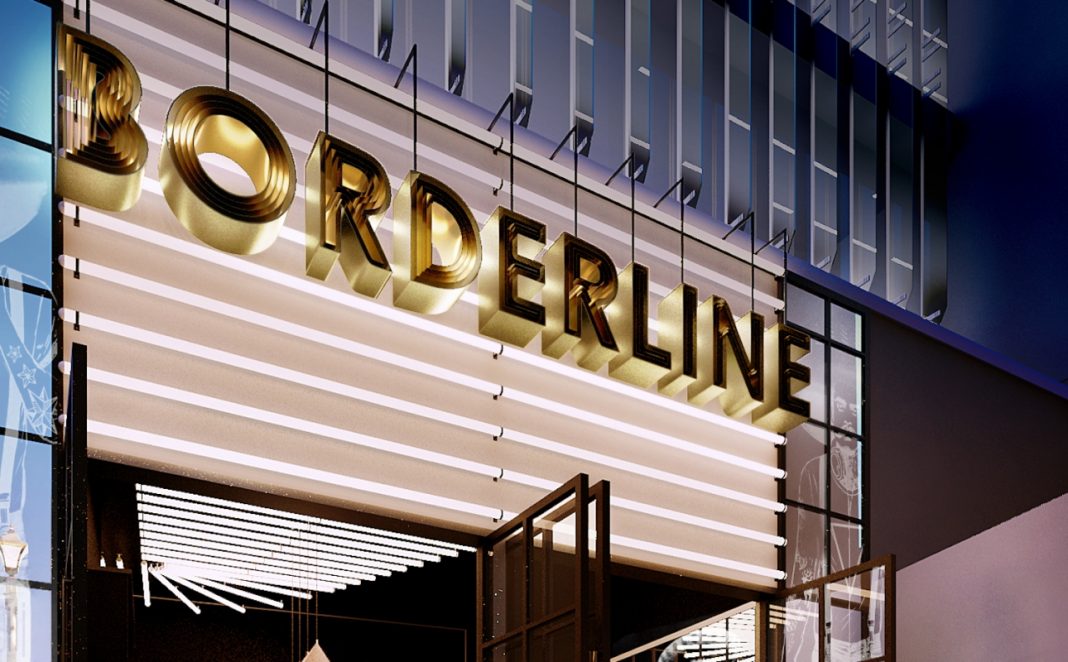 Our monthly round up of the big, the bad and best news in club closures, openings and renovations around the capital. This month featuring the Borderline, Stour Space, Total Refreshment Centre and more.

The Borderline in Soho will shut its doors at the end of August.

The iconic 300-capacity West End venue is operated by DHP. It was acquired two years ago and given a major refurbishment. Sadly, the owners have never seen eye-to-eye with their current freeholder.

“We’ve put our all into trying to revive this iconic venue but unfortunately, it has been impossible to turn into a sustainable operation due to external factors,” said managing director George Akins. “This is a sad day for all of us who love live music and believe in grassroots venues.” 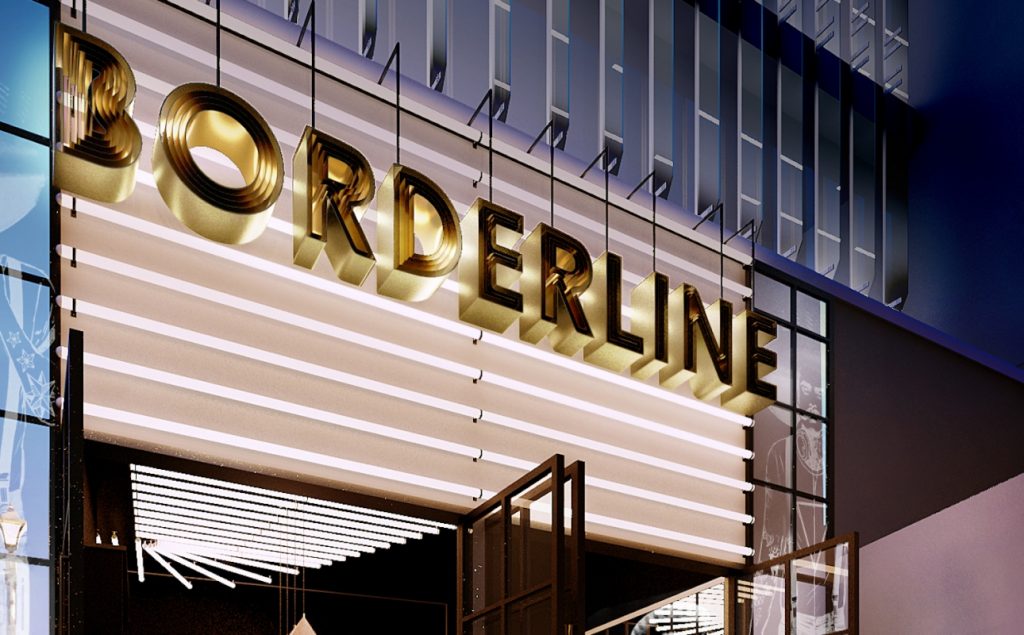 DHP said plans from their landlord to increase the rent ‘significantly’ for a second time since taking over in 2016, as well as plans to redevelop the surrounding building means the venue has no ‘long term future’ and makes ‘no sense for us to continue to invest’. “We’ve had an amazing two years at Borderline with some fantastic shows,” Akins added.

The Borderline will continue to run until August 31st. Akins also said DHP had secured the Borderline name and will be ‘considering opportunities to relocate’ the venue.

But London’s loss is the England’s gain as DHP will funnel more cash to its other venues outside the capital, with £1million earmarked for work on the Thekla in Bristol, Rock City in Nottingham and toward its first venue in Birmingham.

Some good news for Londoners? DHP has also announced that The Garage in Islington has been protected as part of the local council’s long-term planning guidelines.

The Stour Space venue, bar and creative space in Fish Island is celebrating after raising more than £50,000 in donations and advance payments for bookings. This means the Hackney Wick space has now secured the promise of a new long-term lease from its landlords. 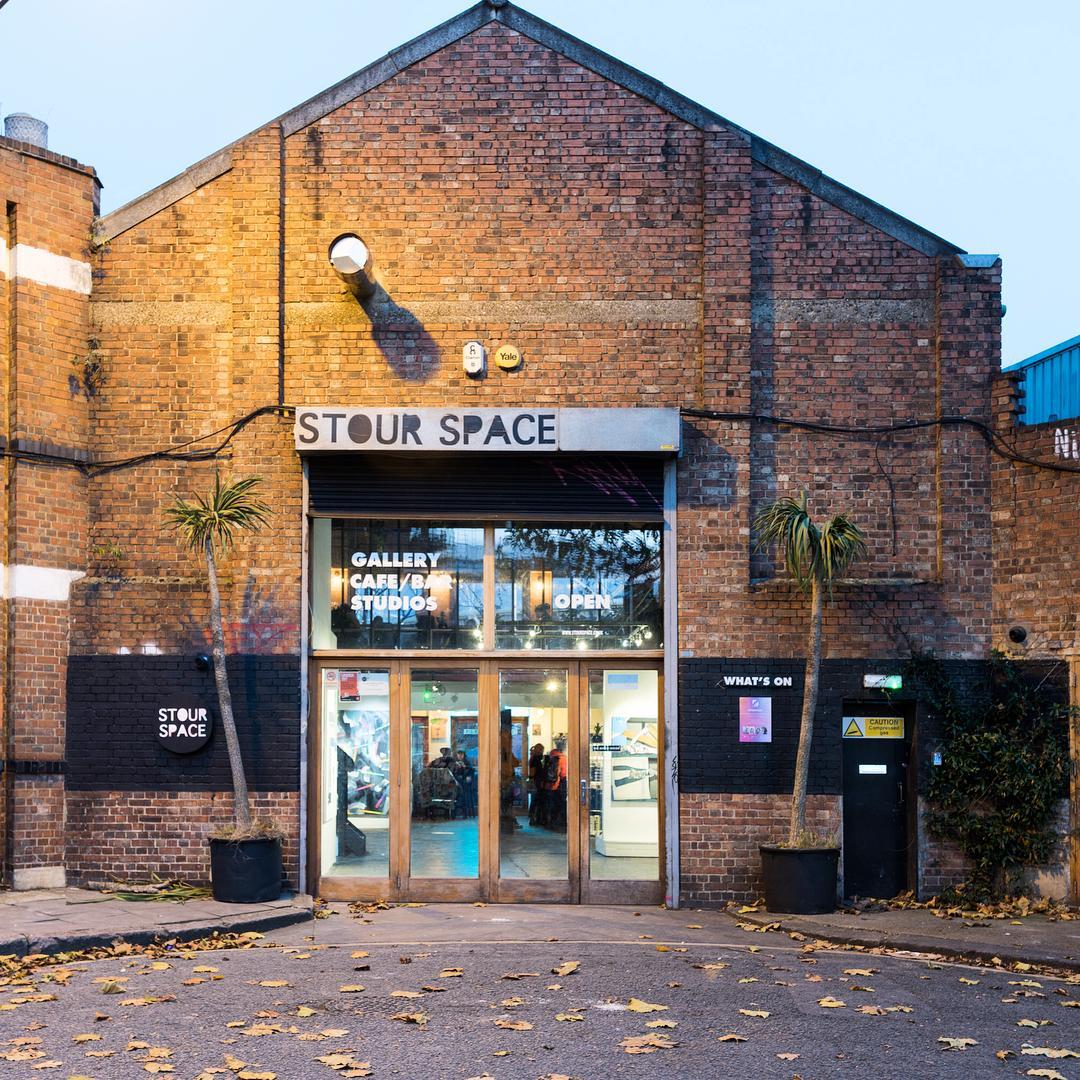 Earlier this month, Stour Space directors held a last-ditch meeting with both Hackney and Tower Hamlets councils, the Mayor of London’s office, the London Legacy Development Corporation (planning authority for the 2012 Olympics) and its landlords to discuss their perilous situation after a ‘huge rent rise’.

Stour Space became one of the first buildings in the UK to gain an ‘Asset of Community Value’ listing due to its role as a civic building. “We started this organisation with zero budget and hundreds of amazing volunteers, a feat we are very proud of. Over the last decade we have grown and adapted with our community,” the directors of Stour Space added.

A new book has been written about the Total Refreshment Centre venue and recording studio in Dalston.

‘Make Some Space: Tuning Into Total Refreshment Centre’ by journalists Emma Warren details the colourful history behind London’s recent jazz renaissance from the years 2012-2018. The story begins from the building’s origin as an Edwardian confectionary factory to becoming an important hothouse of jazz talent, including interviews with sax players Shabaka Hutchings (Sons of Kement/The Comet is Coming) and Nubya Garcia. 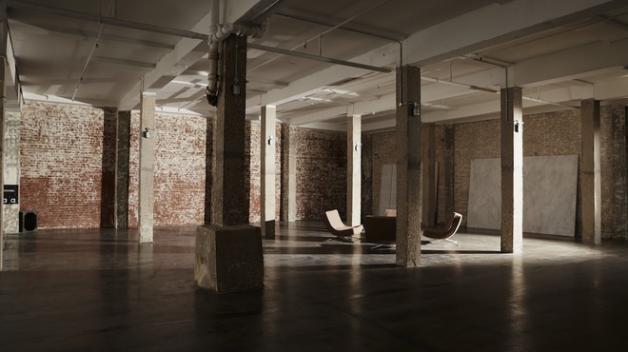 “It captures the cooperative anarchy with such verve and leaves no doubt about the relationship between spaces and creativity and why this is vital for culture to thrive,” attests Lloyd Bradley, author of ‘Sounds Like London’ and the revered ‘Bass Culture’.

Network Rail sold its arches with no regard to tenants

Network Rail has been criticised for selling off its entire network of railway arches with ‘no thought’ to its tenants – including Corsica Studios in Elephant & Castle. The £1.6billion deal from last September was the subject of a report from the government’s spending watchdog, the National Audit Office (NAO).

The NAO echoed the complaints of hundreds of tenants across London that they could be hit with huge rent rises in the future. “The sale agreement did not include any provisions for protecting tenants, wider support for business, or community regeneration plans,” the report said.

Now railway arch businesses are joining forces to build a ‘powerful and democratic’ organisation to protect their interests. They’ve launched a crowdfunding drive that ends on June 21st to help fund their advocacy work.

Spherical music venue could be built at Westfield Stratford

Could the owners of Madison Square Gardens in New York City build a futuristic bubble in Stratford for gigs and events? 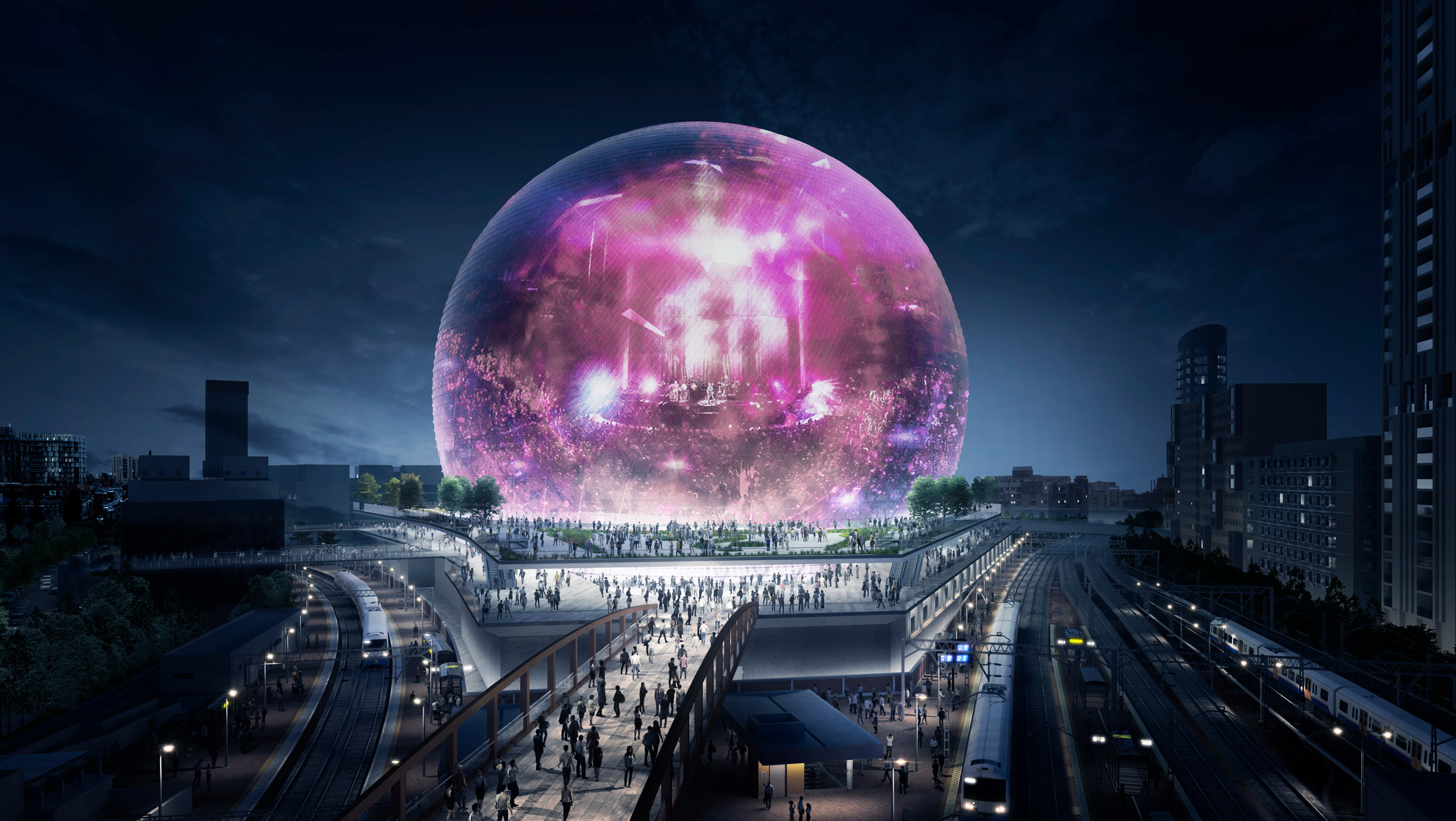 The plans for the space age venue have now been submitted with Newham Council for the 21,500-capacity sphere. The Madison Square Garden Company (MSG) has already purchased the site near Stratford station that was used during the 2012 Olympics as a coach park and has been derelict since the Games finished.

The exterior of the sphere would be wrapped in triangular LED panels. While the interior is set to include the world’s largest and highest resolution LED screen, an adaptive acoustics system and a system to convey bass through the floor.

The recent struggle between queer spaces such as The Joiners Arms, The Black Cap and The Royal Vauxhall Tavern and property developers is the focus of a new exhibition at the Whitechapel Gallery.

Charting the importance of London’s spaces and venues since 1980, the exhibition explores how campaigning groups and social spaces proliferated alongside a growing LGBTQ+ rights movement. But the show also asks if the capital’s queer spaces – bars, community centres, cabarets or cruising areas – are now under threat.

The display focuses on the rarely seen archives of queer venues and social networks collated by University College London’s Urban Laboratory, who also contribute an interactive map charting the appearance and disappearance of spaces over the last 30 years.

Southbank Centre and Boiler Room join up for Concrete Lates

The Southbank Centre has teamed up with London-based online music portal Boiler Room for its Concrete Lates nights. 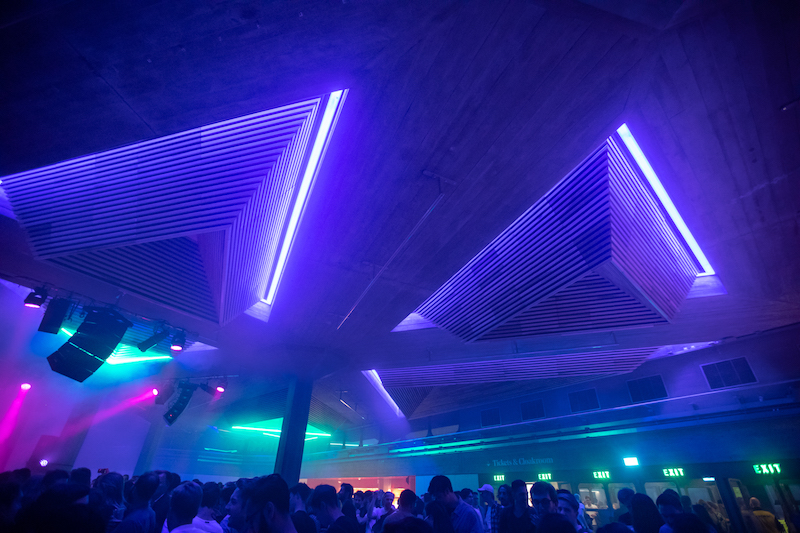 The electronic music series will focus on ‘under-represented and emerging artists’ alongside established names. Launched last year, the series featured a takeover from Hyperdub Records and New York-based collective Discwoman.

The next gig on May 30th sees the London debut of Tennessee’s BbyMutha, who recently created a hit with anthem ‘Rules’ which she declared a ‘representative paean to female sexuality, smarts and ambition’. LYZZA (DJ), Elheist (live) and Shannen SP (DJ) will also perform.

Ben Kreeger from Boiler Room said: “The collaboration not only provides us further opportunity to support the work of emerging artists, collectives and curators, but also the work of one of the UK’s most important cultural institutions.”

Concrete Lates will run until December.

American rapper Tyler, the Creator has caused a big fuss after returning to London for the first time in four years.

The artist – previously banned by the Home Office in 2015 for lyrics they deemed violent and homophobic in a 2009 demo – posed for a picture in front of Buckingham Palace on Saturday (May 18th) before inviting fans to an impromptu gig at the Bussey Building in Peckham at 3pm.

When Rye Lane got mobbed, the venue cancelled the gig. Local police tweeted: “A music event scheduled to take place at Bussey Building … was cancelled by the venue due to overcrowding issues. No crimes, reported injuries or arrests. Police are in the area to help ensure the crowd disperses safely.”