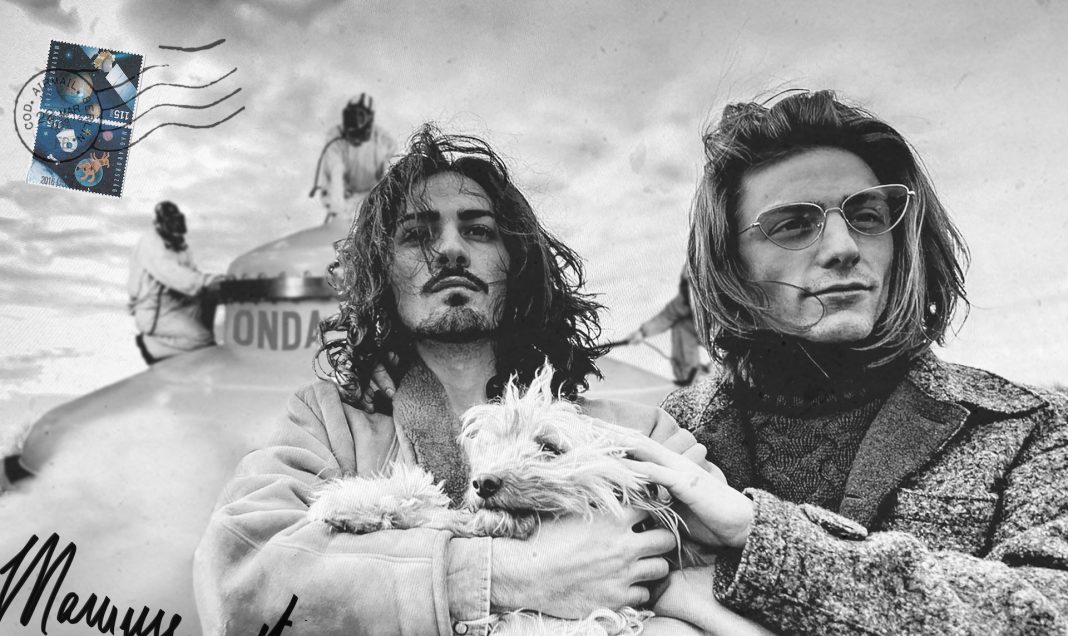 “Our lives are always centred around a feeling of uncertainty and swinging from stages of extreme euphoria and love to nihilism and discomfort. We cannot discern between private life and artistic success, plus we integrate drama and strong feelings as much as possible in our everyday life. We are definitely true to ourselves and through our art.”

Morioh Sonder have been making their way into the Berlin stream with their rejuvenating psych-pop. Since their arrival – after a short passage through Los Angeles – the band have been developing their ideas, experimenting and actively performing around the capital to a great reception. Their forthcoming debut four-track EP, Is This Psychedelia? is imminent and promises to be a soundtrack to the summer we’re currently all longing for.

Their latest offering, ‘Onda’, pays respects to its namesake, a dog close to the band that sadly passed away. With a self-produced animated video made entirely of clay, the idea was one of being deliberately child-like, preserving a sense of naivety and spontaneity. It was later post-produced and backtracked with the help of Onthewall, a Berlin-based video company.

“Onda is one of the first songs we wrote. We were spending our whole days in the studio writing and demoing tracks. One day, my girlfriend back then suddenly called to tell me her dog was dying from a heart attack. We instantly rushed in Flavy’s car to her house just to find that the dog was already dead, as we found out while trying to lift it into the car. It was a really emotional moment for both of us, and somehow we went through the thought of death together, as a band. By the next day we were already recording Onda”

Watch the video for ‘Onda’ below: