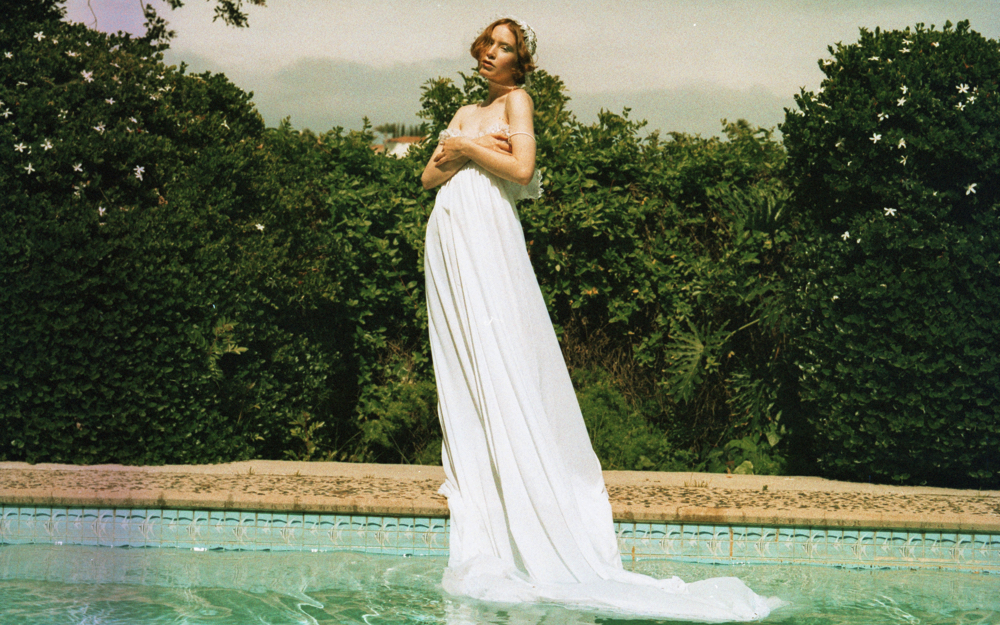 With each of her tracks, vōx weaves a spellbinding sonic tapestry of sublimely ethereal melodies and purveys an emotive vulnerability via incredibly powerful and versatile vocals. Having recently signed to the ever-wonderful Arts & Crafts, she’s set to release her new EP I Am Not A God later this month. Ahead of her show at the Waiting Room tomorrow evening, the LA-based artist shares five tracks with us that have influenced her truly angelic sound.

Ranging from soaring classical intonations to artificial vocal experimentations vōx, who takes her name from the Latin word meaning ‘voice’, very much utilises her voice as the powerful and amazingly versatile instrument that it is. Her music is saturated in a dark romanticism and an otherworldly spirituality which makes for a truly transcendental listen.

vōx plays a free entry show at The Waiting Room tomorrow, is supporting MUNA at their sold-out London date next week, and she also plays a show with Alxndr London on the 11th of this month. Get to know some of the tracks that have influenced vōx’s undeniably spellbinding sound.

This album was pretty revolutionary for me. It helped me realize the place where electronic music can meet humanness and vulnerability and imperfection. That’s a balance I always strive for in my own work.
—
Kendrick Lamar – Rigamortus
Kendrick is definitely the ultimate artist to me. Completely dedicated to his craft, never compromising his vision. These are things I respect deeply. “Rigamortus” was the first song I ever heard of Kendrick’s, and I remember being immediately mesmerized by his lyrics and his flow.
—
Joni Mitchell – A Case Of You
I remember a friend showing me this song when I was a teenager, sitting in her car smoking weed. I had never heard it before. I still remember how fascinating I found her voice and her lyrics. It made me want to strive for songwriting first as an artist. A great song can be produced any way you like and it will never change the magic of the craft.
—
Solange – Weary
Honestly, this was one of the only full albums I listened to in 2016. It still fascinates and mesmerizes me. The instrumentation, vocal harmonies and songwriting are perfection. As soon as the intro track went into “Weary”, I knew I was done.
—
Imogen Heap – Hide and Seek
I first listened to Imogen in high school. Her album “Speak for Yourself” had just come out. This is a song that never loses its magic for me. I’ve probably heard it at least a hundred times and every time still feels like the first. I think this song was the beginning of me falling in love with the power of the voice.
—
Photo credit: Grant Spanier
—
vōx plays a free entry show at the Waiting Room tomorrow evening. She also supports Alxndr London at The Jazz Café on November 11th, tickets here.