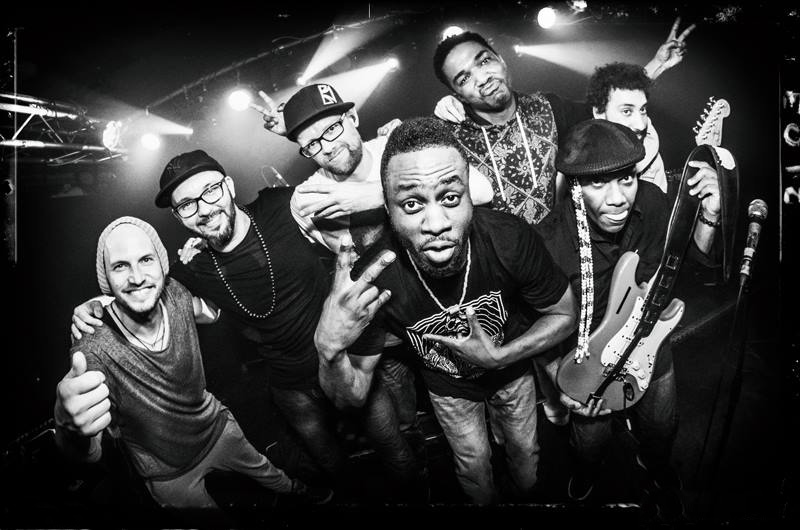 Well-kept secret to some, legendary stalwart to others, The SWAG JAM has seen a lot since its 2011 inception. Founded by the seven-piece band of the same name, it’s become a focal point for the hip-hop scene – not just here in Berlin, but internationally.

As we look ahead to their New Years Eve show (Badehaus, more here), we asked the guys to recount some of their favourite memories from their illustrious run so far. With acts from over 50 countries joining them over the years – including huge guest such as Erykah Badu, Dead Prez, Bilal, Smif-N-Wessun and many more – it’s seen The SWAG themselves become a “more than a band… a multicultural family”.

Over to The SWAG.

In April 2019, Erykah Badu walked in at about half two in the morning. We already knew she would come ’cause her musical director, RC Williams, visited us before and told us. She was fascinated and joined the stage. This turned out into an unforgettable exclusive mini concert and a night-long hang.

In 2014 Dead Prez visited us. A kind of dream came true when we jammed ‘Bigger than Hiphop’ together with M1 at our living room in Badehaus.

Jeru has hung out with us many times, and has always rocked the house with us. He’s become a close friend, even moderating our anniversary celebration. He brought a lot of friends from NYC to the SWAG JAM, like Big Shug or the Beat Nuts.

In 2013, Bilal visited us. It was amazing sharing the stage with this vocal legend and unique artist for a special set in Badehaus.

He heard about us from his home in Australia and, while on tour in Europe in 2016, he entered the jam for an exclusive solo set, followed by a rumbling jam set together with us. It was crazy and unforgettable.

Another visitor we can’t forget. For his coming tour in 2020 he’s promised to be in Berlin on a Tuesday, just to visit us again at the Swag Jam in Badehaus.

This was a crazy night and completely sold out. We feel blessed and honoured to have met these amazing guys, especially Sean, who tragically left us soon after.

These wonderful senegalese musicians and activists have been returning visitors, we’ve played several amazing sets together. They’re rapping and fighting legends back in West Africa.

Even at one of our first ever sessions at Badehaus, this German rap icon surprised us with a visit. In one unforgettable evening, he rocked the house with us along with, what’s more, two other German heavyweights: Ben Salomo and Chefket. From this moment, German superstar, Marteria has been a regularly visitor too.

Another pair of African legends from Cameroon and Kenya, great musicians and activists who fight for freedom and human rights in their motherland.

The SWAG JAM takes place every Tuesday at Badehaus, RAW-Gelände, with a special edition set for New Years Eve. Head here for more.