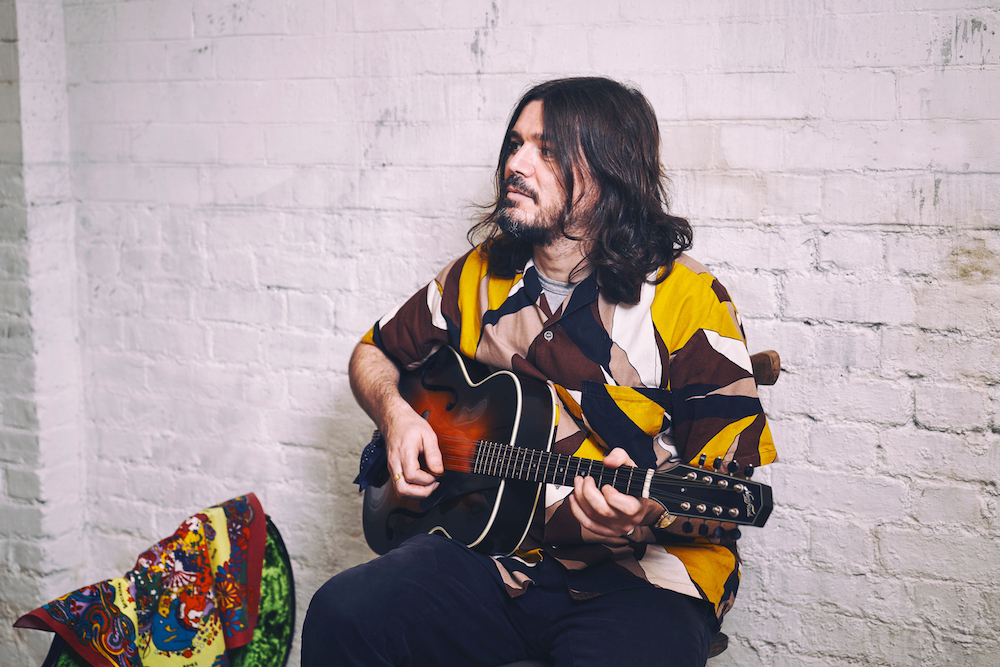 We caught up with singer-songwriter Bibio to find out more about the making of his new album, Ribbons, an acoustic tour through a myriad of influences from psychedelia to ambient, to electronic, soul and more. So sit tight, buckle up and read on…

Stephen Wilkinson, aka Bibio, likes to tell a story. Across the sixteen tracks on his latest album, Ribbons, (and his tenth album no less) he takes us on an acoustic tour through ‘60s and ‘70s psychedelia, soul, ambient, electronic and field recordings. His previous album, Phantom Brickworks,  was an entirely ambient project, and elements of it are infused with the more structured songwriting on his newest offering.

Clearly a talented guy, Bibio is a self-taught musician, singer and producer and plays nearly all of the instrumental parts on the album, unveiling new instruments in his repertoire on the way including mandolins, a fiddle and other stringed instruments. The outcome has the feel of an English woodland scene in late spring – pretty, damp and atmospheric.

We caught up with Stephen to find out a little more about the making of Ribbons.

You’re self taught – what does this bring to your approach to writing?
I suppose that being self taught requires a certain type of determination or motivation because you don’t have a teacher monitoring your progress or encouraging you, but I think learning anything that’s difficult requires determination, regardless of whether you have a teacher or not. Ever since childhood I never wanted music lessons because music felt personal and I wanted to do it by myself. In the early stages, if I met someone who could play guitar, I’d ask them to show me how to play a certain riff, but a lot of my learning after that was done by listening to albums and working things out by ear. My techniques are something that developed through practice and listening and a lot of guesswork, rather than being guided, corrected and tutored – I don’t like the idea of a teacher saying “you’re doing it wrong”.

“Ever since childhood I never wanted music lessons because music felt personal and I wanted to do it by myself.”

I can’t sight read sheet music, I don’t even know what all of the notes are called on a guitar and I certainly don’t know what they are on a violin, but I know where to put my fingers. I remember music as shapes and positions and tactile sensation. What’s interesting with violin is that I don’t really picture the notes on the fingerboard, I just feel where they are, but that’s come from playing guitar for nearly 30 years and mandolin for a year. Learning to play instruments and hearing yourself improve is a real buzz, but you have to be determined and patient with yourself. There’s absolutely no room for “I can’t do it” or “it’s too hard”, that’s quitting talk! You have to adopt a bit of a mantra that is more like “I can do that”.

So with the way you work being very organic and natural – do you find inspiration in the countryside?
Definitely, I always have done. I fell in love with the countryside when I was a child, I always feel happier in the countryside. The endless beauty and the details within always delight me, the peace, the sounds, the smells – they all resonate with me more deeply than any urban environment ever has. Urbanity is a manifestation of human ideas, which can be tiring, too much time in the city is a bombardment for me, it’s like being surrounded by chatter, both literally and metaphorically. But it depends on the city of course. I can enjoy cities in small doses, I could spend a week in Tokyo or Verona but a day in London is too long.

How did you bring together the various layers in your music?
My main instrument is guitar, but I consider myself a multi-instrumentalist, and that’s always growing and expanding. I’ve always loved multi-tracking, hearing music grow layer by layer, it still excites me to this day, and it means I don’t have to rely on anyone else, I can create the sound of a band by myself. I do my multi-tracking in Logic Pro X but I use a lot of outboard equipment consisting of new and vintage gear and instruments, so although I record and arrange with the aid of a computer, I like hardware and recording real instruments, playing parts live as well as sequencing. The ideas for the layering can come to me while I’m sitting playing guitar and I ‘imagine’ other parts, but the ideas usually come to me when I’m in my studio and can record a part and then jam something over the top, sometimes I instinctively know exactly what kind of thing I want to layer next but other times I’ll try out different ideas and sounds and experiment, sometimes I decide that the piece sounds better without layers, as you can end up masking or smothering what is already good about the piece.

Who and what are your influences and inspirations – they can be musical or otherwise?
I learned to make music by listening to other people’s music so of course a lot of my inspiration comes from listening to other people’s music and I will get ideas from all sorts of genres and eras. There are too many records and artists to list but I’d say the key influences that led to my sound and guitar playing are Steve Reich, Nick Drake and The Incredible String Band, but there are of course many more. Saying that, over the years I’ve felt more and more self-sufficient and the inspiration often comes from within and from my own previous work.

Influences come from non-musical sources too, my music is very visual for me, so places, films, images can inspire me, and of course lyrics can be inspired by films, the things people say, things I read as well as things I’ve observed in daily life. I think my lyrics are inspired by these sources more than other records, curiously.

“over the years I’ve felt more and more self-sufficient and the inspiration often comes from within and from my own previous work.”

You bring together influences and styles from Britain, Ireland and America – do you have experience of all these places?
I’ve only been to New York very briefly, I’ve only been to Dublin for 2 shows. I’ve been to many parts of Britain but there are many places I haven’t seen. The British countryside is a big inspiration to me, particularly Wales, but the influences of America and Ireland come through listening to records and in the case of America – TV and film also. American music is a big part of western culture and I think the same can be said for British and Irish music. Ireland is more well known globally for its trad music, which I think is amazing as I don’t think England’s trad music culture is as strong or easily recognisable. I’m intrigued by the cultural ‘dialogue’ between America and Britain, the way that over the decades we have influenced each other and how the music has evolved on both sides of the pond separately but also as part of an ongoing ‘conversation’ of influence. An obvious example would be the influence of rock n roll on The Beatles and then the influence of The Beatles on many other genres in many places. I feel a lot of my music reflects this dialogue of the two nations, I think the qualities of both are detectable in my music, but that’s certainly not unique to me.

Why did you choose to start from scratch rather than use samples?
Mostly because I love playing my instruments and coming up with my own melodies and patterns, I love coming up with my own unique expressions and trying to shape them, sonically, into something that has some of the qualities and atmosphere of older recordings. I generally prefer the sound of music when it’s recorded onto analogue tape, when it’s a bit distorted, a bit warm and fuzzy and imperfect, it’s half of the art of a lot of older records, regardless of whether it was intentional. Imagine all of the old Motown classics recorded digitally with no compression, distortion, wobble and hiss… they’d be nowhere near as appealing. 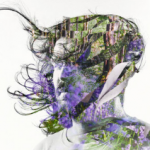