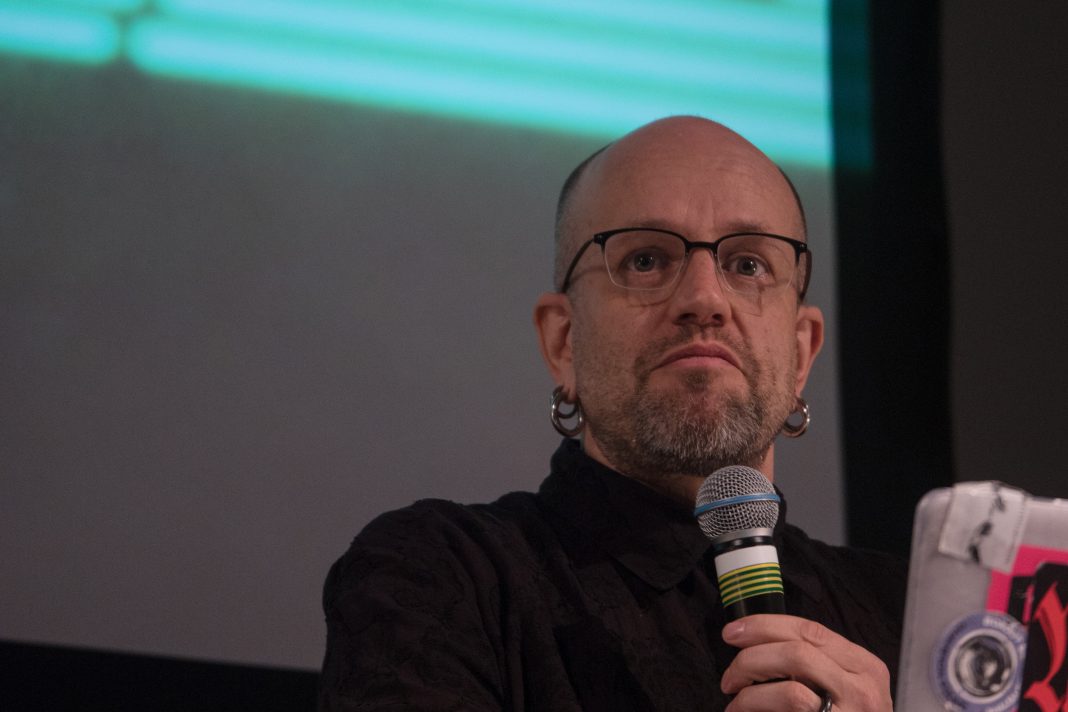 It’s the fourth day of Berlin’s annual arts, music and culture festival, CTM. The theme for 2020 is ‘Liminality’, aiming to destabilise forms and suspend the norm. A quietly-anticipating group has gathered in the lobby of Kreuzberg’s radialsystem art centre for the first sold-out performance of “CBM8032 AV”, a live AV piece by acclaimed German computer artist Robert Henke, aiming to “draw on the beauty of simple computer graphics and sound”.

At the call of 7:30pm, we enter into the dimly lit auditorium, where five 80s Commodore computers sit under a spotlight on the stage. Robert Henke is seen within the audience languidly chatting before beginning his performance. A deep silence surpasses the room as Henke addresses the crowd with a short and humble introduction into the masterful process him and his team have created, telling the audience that the piece uses these five restored Commodore CBM0 8032 computers to manipulate their own purpose by creating a live AV effect which would have been possible in the 80’s, but needed the backdrop of the modern times to display.

Aiming to draw attention to the social and cultural phenomena of the computer as a piece of hardware, manipulation is the key to the liminality theme, using “microchips 100,000 times less powerful than the one you’ll find in a modern washing machine”. The forty-five-minute piece commences with Henke giddily tapping against the keys of the motherload computer, producing the medial microchips working to produce a blisteringly-vivid A/V show, monochrome geometric forms bounce across the screen against a backdrop of harsh static noise and slow-burning bass notes. The piece completely engrosses the audience in its unique celebration of the dissonance of both the contemporary and the obsolete.

The performance is given a hearty applause when Henke and his team of thirteen take to the stage to conclude the night. We are left with a glow of nostalgia for Henke’s thoughtful output and the outdated beauty of these original computers, highlighting also the sheer magnitude of technology’s progress.

Watch and listen below, courtesy of FACT Magazine: