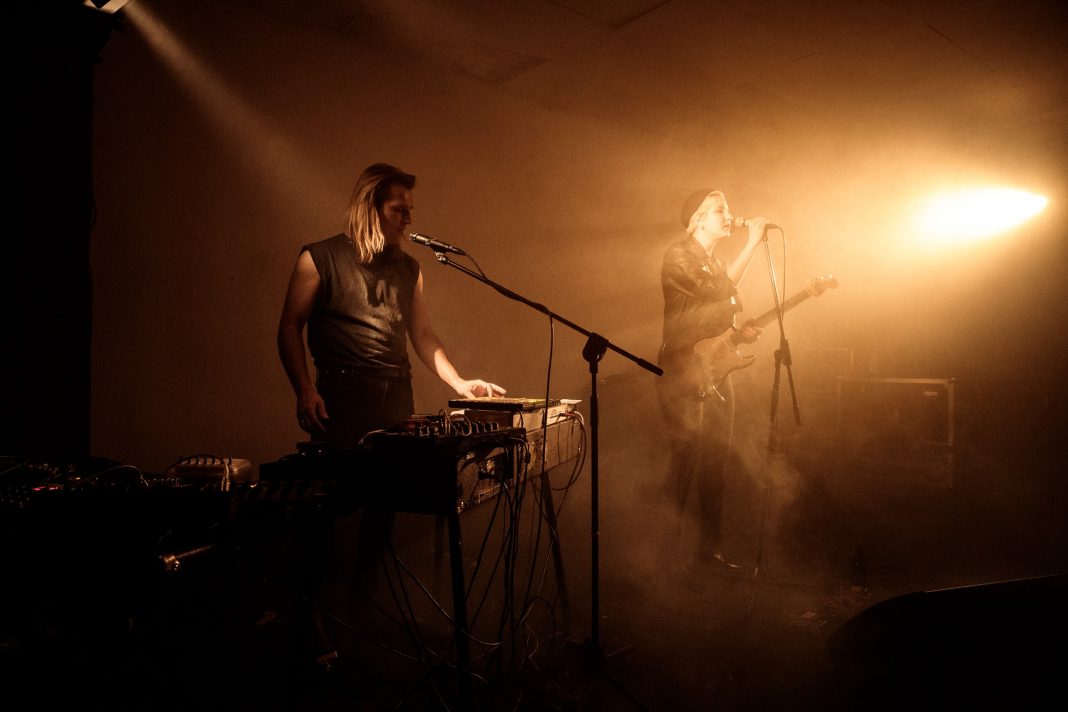 Berlin’s own DAS DAS reside where the primordial soups of punk and electronic music intercept.

Their latest track, ‘Wartezimmer’ [Waiting Room], typifies this melting pot with its menacing but danceable DIY synth-bass and recurring dissonant interjections. Punctuating it all is a commanding vocal from Cosey Mueller which, rich in slapback delay, transports us at once to both the 70s and an untold dystopian future.

The result is a less-travelled electro-garage which would find its home as much at a rock show as it would (and does) in Berlin’s spectral club scene. Very fitting then, that DAS DAS have found early support from the likes of gig deconstructers, Vital Function, also meaning an upcoming rescheduled slot with BRACCO once the #staythefuckhome party is over.

With an as yet untitled debut album coming next month, now is the perfect time to get acquainted with this unique duo. Listen below – and don’t forget to read on for their ‘In Five’ picks.

To delve further into the roots of DAS DAS, we asked the guys to provide us with some deep cuts guaranteed to liven up any quarantine situation in minutes.

Their as yet untitled album will be released this April, on vinyl via Detriti Records and on tape viia Phantom Records. Follow them here.

Although this band are not too well known, the sound is mind blowing. Early electronic music with a great sense for repetition, improvisation and lyrical humour. We started to feel like sound fetishists after listening to it.

The simplicity of it is genius; the idea of playing around with the same few words. It’s the sound of somebody cutting up the sentence – physically and in its content – and playing out the possibilities almost mathematically.

The hypnotic power of Suicide is one of a kind. Alan vega is a true master of ceremonies, defining what singing can be and bringing out a manic quality which characterises this band. Martin Rev a true genius of simplicity and complexity at the same time – and has the coolest image too.

Also a great duo who defined a characteristic sound. The music is driven by weird, strange harmonies and a kind of overacted singing which we feel is very unique.

German 80s punk from the cool old days before punk started to take itself too seriously.