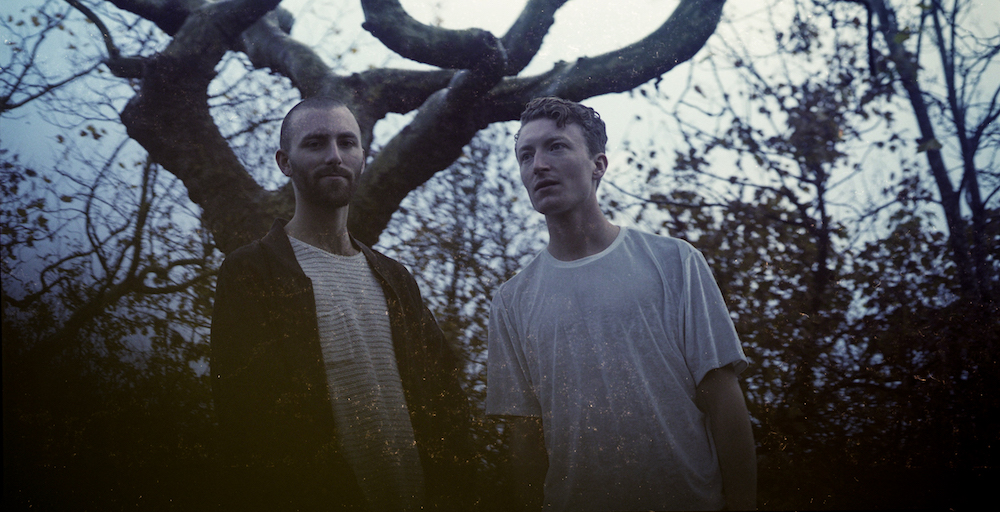 Following a slew of successful and positively-received nights within Bristol and London, electronic promotors Dialogue have announced they are evolving into an independent label. We caught up with them to find out about their plans for 2019.

Having made a name for themselves putting on vibrant and inclusive nights in unique locations, the promotors are now expanding, with the first release being from their beguiling own project ASTRYD.

At first introducing itself as an atmospheric and eerie proposition, ‘Lapse’ forms into a terse, industrial machine, embellishing itself with the course nature of late nights in the city. Its a contemplative, impressionistic approach from the duo, using splintered noises to inject a sense of unknowing into their sound.

Earlier today, Dialogue also exclusively announced with Bristol In Stereo the line-up for their next event, which is set for 22nd March in a special location in Lawrence Hill.

We sat down with Dialogue to discuss their evolvement into a label and their plans for the forthcoming year.

What was the main motivation behind evolving Dialogue into a label?

Dialogue was set up nearly 3 years ago as a platform to promote experimental electronic music from underground, up-and-coming artists. The parties have been our main avenue for this but the development of Dialogue from solely being a club night to also releasing music feels like a natural progression.

This idea developed from having a series of different residents at the nights, first re:ni then Kiia, LOFT and ASTRYD. Releasing music and offering that platform to smaller artists that have been involved with Dialogue (or who we have had our eye on) feels like an important next step for us to develop and continue promoting important music in different ways.

The first release on the label is from your own project ASTRYD, was it important for you to be able to have the creative control that releasing on your own label allows you?

Yes very much so. The ethos of the Dialogue nights has been central to its existence. This has always been about creating safe spaces to dance and of diverse representation with our bookings. Trying to ensure that the many exciting voices in electronic music are heard and celebrated (and danced to!) is important to us.

So, the release of our own music being part of this same ethos, sound and scene we have been working hard to foster is key to us. Because we are taking our first steps in this area and budgets are limited, it’s been both necessary and important for us to be able to work closely and creatively with friends (photographers/graphic designers/video producers etc.) to produce the necessary assets for this release. To have had the single picked up on by Resident Advisor was a really positive first acknowledgment at this stage.

“Building on and developing these relationships with likeminded promoters that place an equal importance on LGBTQ+ safe spaces in other cities is definitely an important thing for us to be building a network of positive, exciting underground parties.”

As musicians and recording artists yourself, how does it feel to be exploring the more business orientated side of the industry, especially with your own music?

Although we’ve been running the parties for 3 years, the focus has always been on creating something new and exciting rather than thinking about profit. We’ve been running the nights at break-even, often going over budget to do something special; be that with bookings/décor/line up/soundsystems etc. So I guess the business side of it has never felt like our focus but after a couple of years of slog, we’re in the great position now that the nights always sell out giving us the freedom to make increasingly exciting bookings and for the crowd to trust our curation.

Starting by releasing our own music feels like a suitable testing the waters of this new venture. And we’re happy to be doing so! We feel we’ve built a solid understanding of what’s needed for this new chapter and why we’re doing it.

The state of the music industry, in particular it’s independent section, is ever-discussed. How does it feel to be starting a label at a time when passion and excitement about independents is thriving yet actual financial backing is few and far between?

As we’ve seen with the nights, it can be possible to set up successful DIY projects without any financial backing, you just have to have a strong vision, do lots of work and love what you’re creating. While we’re aware that recorded music sales are not at their all-time high, and funding is certainly not easy to come by; the aim of developing the label arm is about using Dialogue to promote another aspect of our residents and associated artists: their recorded music. We’ve always wanted the development of Dialogue to continue naturally without feeling forced at any point and starting a small, independent label feels like a logical step from the other things we’ve been doing. Alongside the nights we’ve been hosting a Dialogue radio show on Bristol’s 1020 Radio for last couple of years. This has been another way of curating a creative platform and for these shows we’ve invited guests from the nights to put together mixes etc. Again, working on and developing the many strands of what Dialogue is about.

What would you like to achieve with this new chapter of Dialogue?

On the label side of things we’re really hoping to create a way for the music produced by artists involved with Dialogue to be heard and to offer a platform bigger than a self-release would provide. Our parties offer a chance for people to see them live, and this is really about creating another means for their output. Releasing a EP compilation of residents work, to showcase a curated selection of recorded music in one release is one of our plans for later in the year.

We have started collaborating on some club nights in other cities which has been a lot of fun and established some great connections. Our last party was in a warehouse in South-East London with The OS Community was an amazing night!We’ve got some more planned for later in the year. Building on and developing these relationships with likeminded promoters that place an equal importance on LGBTQ+ safe spaces in other cities is definitely an important thing for us to be building a network of positive, exciting underground parties.

You can keep up-to-date with Dialogue here.