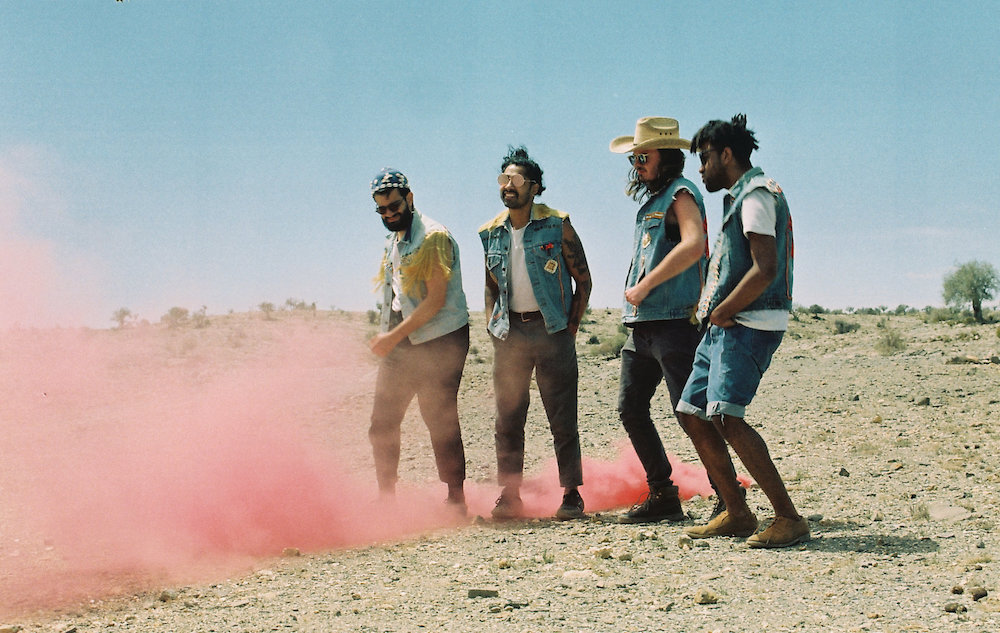 As well as releasing forthcoming album, Levitation, Flamingods are set to bring their incendiary live show to venues around the UK in April and May in support of the record. We chatted to the band to find out about a few tracks that have influenced their new work.

International psych explorers, Flamingods, are returning with brand new album Levitation and have announced a run of dates including their biggest headline show to date at London’s Village Underground on 1 May.

The first single from the new record was ‘Marigold’, a multi-sensory psych-rock trip that finds the band on hair-raising form even by their own exuberant standards. ‘Marigold’ oozes fun out of every pore, a perfect antidote to turbulent times.

The upcoming album, Levitation, is inspired largely by the disco, funk and psychedelic sounds coming out of the Middle East and South Asia in the 70s, the album channels their influences through a vision soaked in mysticism, positivity and sun-drenched imagery.

We caught up with the band to find out about a few tracks that influenced the new record and if – like us – you can’t wait for release day, you can pre-order the album here.

The Turkish Psych or (Anatolian Rock) movement played a big part in our return – that mix of part Middle Eastern part Western psychedelia is a sound we’ve always obsessed over, and our new record embraces that more then ever. Koray in particular (who we ended up naming a track after) always pushed out the humid psychedelic sound flawlessly.

Can have always been a huge influence on the band and going into this record we knew we wanted to tap into more of our krautrock tendencies. Moonshake in particular captures the kind of joy and euphoric grooviness we tend to go for and Damo Suzuki’s effortless swag has always been a big influence on the vocal front.

We were listening to lot of 60s and 70s garage, surf, punk and psych nuggets in the months coming up to recording the new LP and that really flavored some of the tracks on the record like Marigold, Astral Plane and Peaches. Taking that sound and trying to combine it with our own Eastern shade started producing some exciting results and the fact that most of the bands in that scene were seen as freaks or outsiders gave it even more relatable appeal to us.

There’s a lot of funk-influenced guitar and synth riffs on this new LP and that largely comes from the intoxicating Afro funk and pop we’ve been listening to over the years. It’s a sound we’ve always wanted to tap into and tracks like Nimele Bolo kept sucking us back into that world.

There was a period last year where we weren’t touring as often and ended up DJing quite a bit, often delving into international disco, funk and house in our sets. That sound ended up being a huge force within the writing process, especially in the rhythm section of the band where we started adopting disco influenced beats and bass riffs over a number of the tracks. This Kiki Gyan banger in particular was played to death and for good reason!

Pre-order Levitation now and get tickets for their upcoming shows here.