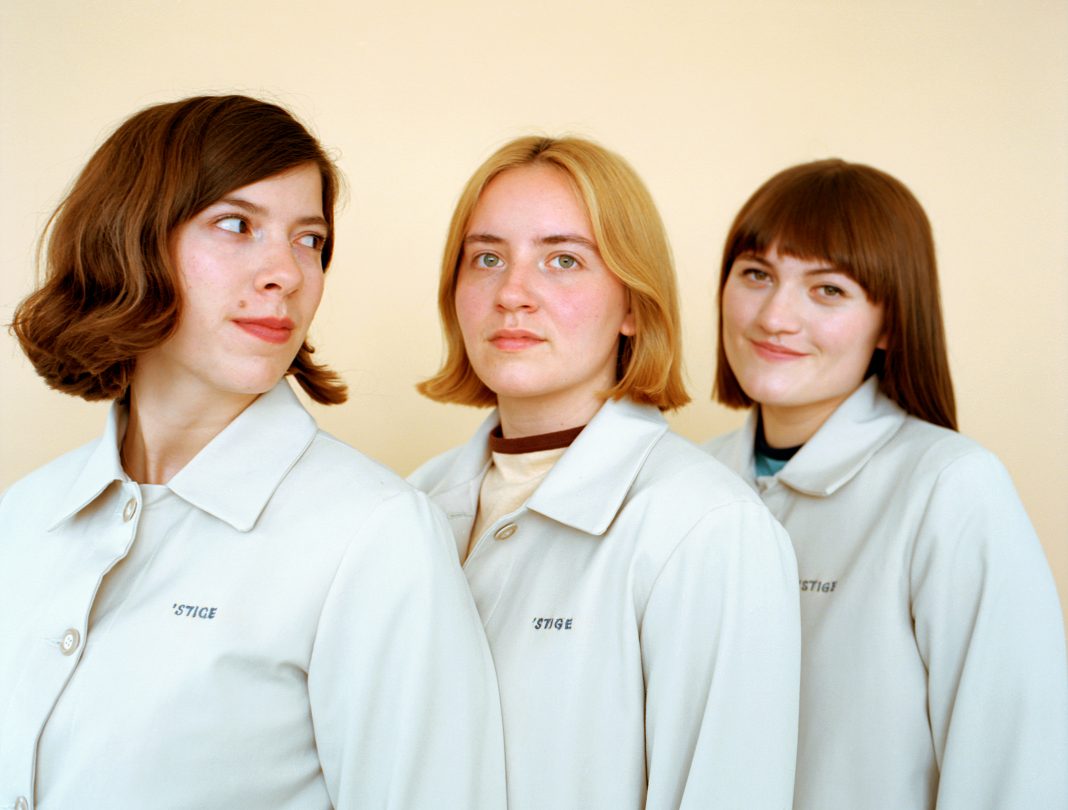 Fronting an all-female band in 2019 comes with expectations. With hundreds of records released every month that centre around political concepts and social commentary, it’s only right to expect Girl, the second album from North London trio, Girl Ray, to follow suit. Yet, as frontwoman, Poppy Hankin explains, music doesn’t have to be about making a statement. Sometimes finding a great record that you can dance and have fun to might be all you need.

Taking a break from the band’s DJ set at Headrow House in Leeds, Poppy leaves drummer, Iris McConnell and bassist, Sophie Moss in charge, heading outside to discuss their love of pop, their upcoming tour, and the importance of enjoying a great record. “We’ve said in the past it should be all about the music, and we don’t really want people to focus on if we’re all girls or if we’re younger. People should take what they want to take from the music. We didn’t want it to be an album for any particular ‘in crowd’, or whatever. We wanted it to be accessible for everyone and not be too exclusive about it.”

“We’d get together during school holidays and play guitar terribly together. Then, we thought ‘right, we’ve actually got to make this happen somehow’”

United by their love of music and a desire to create, the three-piece came together during sixth form, obsessed with the idea of starting a band. “We’d get together during school holidays and play guitar terribly together. When we were about sixteen or seventeen, we thought ‘right, we’ve actually got to make this happen somehow’.” Despite their drive and enthusiasm, the trio maintain their everyday, twentysomething lives alongside band commitments almost effortlessly. Between working day jobs in pubs, restaurants and record stores, Girl Ray focus their creative energy and pour it into their musical endeavours, neatly side-stepping the pressure of a follow-up and allowing inspiration to come naturally. “We’ve taken our time with [this album], and now is the right time to put it out there.”

Fuelled by an appreciation for mainstream pop, the band’s latest offering, produced by Ash Workman (Christine and the Queens, Metronomy), marks a breezy, laid-back tribute to some of the biggest female names in the music industry. “There’s so much exciting stuff going on in pop at the moment,” says Poppy, “especially with women in pop. I’ve personally been listening to a lot of Rosalía, Lizzo, Dua Lipa, Ariana… all the big hitters. I’ve been just watching them in awe as they’ve grown super successful and keep releasing bangers.” 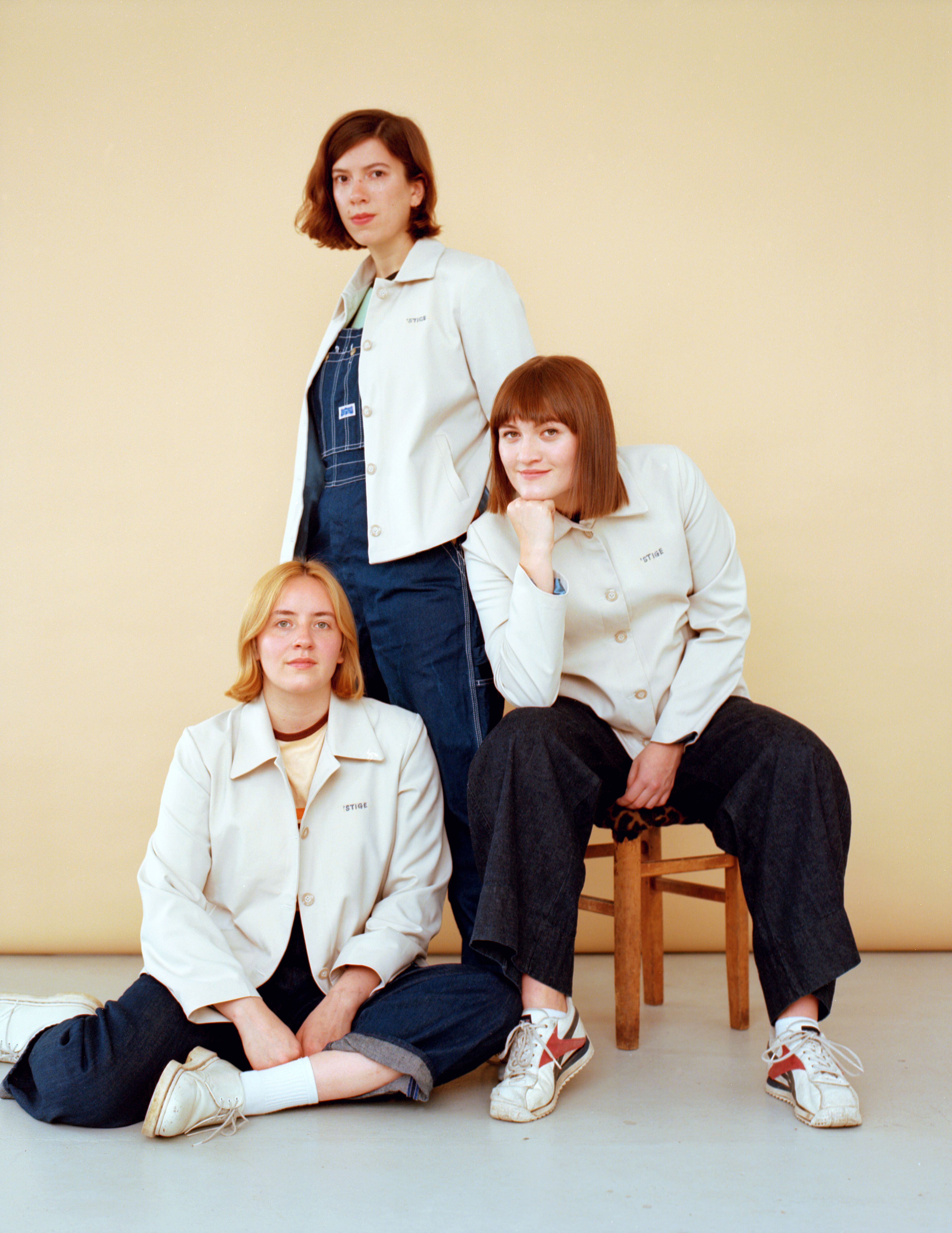 Marking the halfway point on the record, R&B track, ‘Takes Time’ features a vocal collaboration with London rapper PSwuave. “There are so many cool London MCs popping up who are women. I was trying to write a melody for the instrumental in the verses of the song, and it just wasn’t coming. It’s such a sparse beat, and it was hard to find a vocal melody that would fit well with it. We started looking around for London MCs and by coincidence, our manager knew PSwuave, and her sound was exactly what we wanted.”

Tired of playing their old songs hundreds of times, Girl moves away from the lo-fi vibes and teen angst of their debut album, Earl Grey, and branches out into a fresh, beat-heavy pop sound, while giving themselves a chance to experiment with new concepts of love, life and growing up. “[With this album] I felt free to write about things other than my own personal life. I kind of wanted to go a bit off-piste and write some stuff that wasn’t all just diary entries, you know? The first songs that we released were quite naive and raw. Because we were putting out songs at such a young age, they were kind of unfiltered – and I guess that was kinda cool. Your teens are such a transitional time, so that definitely impacted on how we sounded and what we were writing about.”

Later this month, Girl Ray will be supporting Metronomy on their UK tour, including a show at London’s Roundhouse on 8th November. “If there’s a good feeling in the audience, then it’s so contagious,” says Poppy, “and it feels amazing to play for them. Especially if they know your stuff – that’s the best feeling ever. We’re such fans of Metronomy and we have been for a while, so being part of that gig experience will be really fun.” 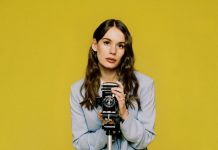 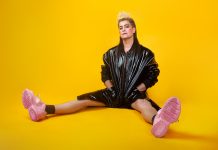 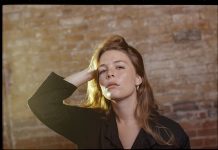