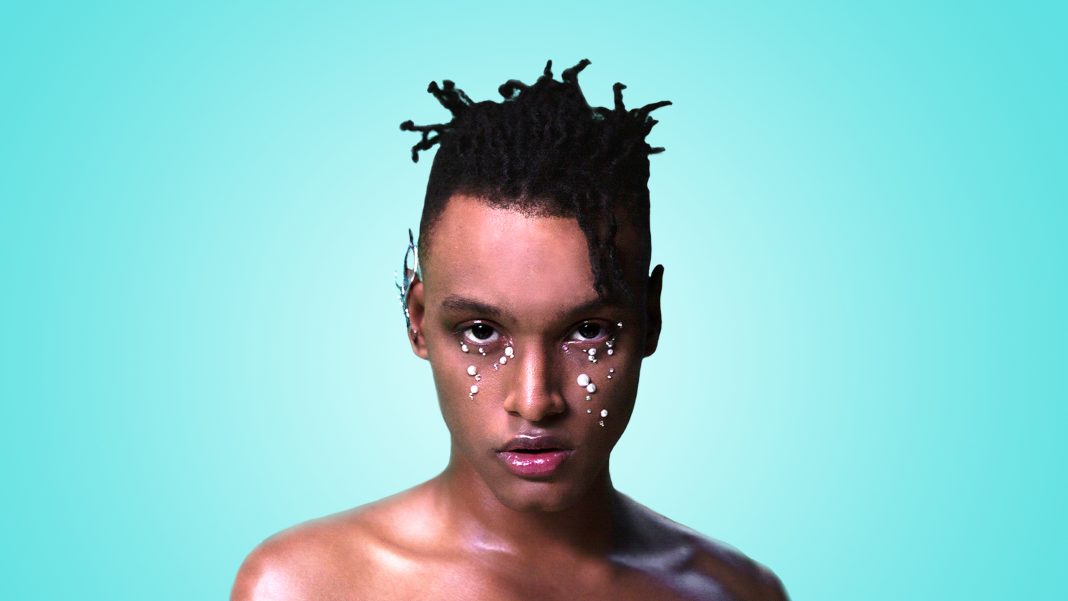 In a time where pop music is being deconstructed and reevaluated, it’s since left more space for innovation and experimentation. With the establishment of London label, PC Music and its associated artists making waves worldwide with their hyperreal aliases and syncopated dance-floor anthems, a new way of experiencing music was greeted with excitement and curiosity.

Taking cues from this universe, London-born Rowan Edwards is shaping a new model for how to perceive R&B. Under the moniker of GOZI, the now Berlin-based producer refers to his work as “cyberpunk R&B”, with his latest single, ‘Hymn’ – off his upcoming self-released EP, CONTENT – demonstrates how to tangle a gospel-inspired power-ballad with the kind of hefty production aligned with the likes of Charli XCX or SOPHIE.

About ‘Hymn’, GOZI shares: “I was thinking about the power of devoting yourself to someone or something, be it a love interest or an organised religion. In both types of devotion there is the danger of getting stripped of your personal autonomy. What if the object of your devotion could reject you for what or who you are? To what extent are you willing to compromise your autonomy and selfhood to avoid this rejection? And what is the cost? Hymn is my attempt to acknowledge and confront this fear.”

Directed by award-winning director, Charlotte de Bekker, the video for ‘Hymn’ enables GOZI to expand his hyperreality, depicting himself as an androgynous fallen angel seeking freedom from a deranged cult leader. Watch below:

In support of his video release, we invited GOZI to tell us all about his musical influences, several of which contributed to ‘Hymn’ and his upcoming EP.

Choral and gospel music are a big source of inspiration for me, especially as a vocalist. Just before I moved to Berlin in 2016, I performed ‘Breathe Into Me’ with the Songlines Community Choir at their 20th-anniversary concert in London’s The Union Chapel (led by the phenomenal Sarah Jewell). I had been singing with the choir since I was 17, but at 22, singing Fred Hammond’s gorgeous melody line along with a 40-person choir is still one of the most formative musical experiences of my life. Fred Hammond’s rendition still gives me chills today. I sing it a lot in the shower!

I can highly recommend group singing if you want to appreciate the beauty of people and community. There’s nothing like lending your voice to a collective harmony and, although I’m not religious, it’s an experience that truly feeds my soul.

I could gush about this one all day! ‘Lucidity Gone’ is my favourite track from my favourite album, which also happens to be the soundtrack to my favourite TV series, Utopia! There is something fantastically alien about Tapia De Veer’s music. It is clearly electronic but the manipulated vocals and live drums that make up much of the instrumentation give the overall sound an “uncanny valley” like quality; is it really human or just a terrifyingly realistic imitation?

The whole soundtrack to ‘Utopia’ is a total trip and TV series is one of the best combinations of audio and visual aesthetic out there. Its influence is scattered all over CONTENT, especially on ‘Hymn’ which was produced almost entirely using manipulated and warped samples of my own voice, as a big nod to Tapia De Veer’s production.

When Frank Ocean FINALLY released his second album, Blonde, I was living in a hostel having just moved to Berlin. At first, I hated the album (wtf? where are the drums?!) and then I fell madly in love with it – and with Berlin too. Blonde became something of an emotional crutch to ground me with during that lonely, turbulent first year of moving to a new country, and is intimately tied to my memories of my first Berlin summer.

‘Nights’ specifically inspired me to write more songs on my guitar, which I do very rarely now even though it is my first instrument. One of my favourite songs on CONTENT, ‘Backseat Driving’ was written during this brief return to the guitar. So yeah, thanks Frank for the inspiration, the queer representation and all the gorgeous songs. <3

I can’t tell you how many nerdy fan conversations I’ve had with my friends about Arca. Her sound design was a revelation when I started to really get into production and it definitely pushed me to develop a more distinctive personal sound. The music she made with Kelela and FKA Twigs is still a huge influence on me but ‘Desafío’ is my favourite from Arca’s own work. It’s one of her most direct and satisfying songs but doesn’t lose any of the disconcerting beauty of Arca’s more challenging material. To me, it sounds like something that belongs on the dance floor but has ended up lost in a dark enchanted forest and can’t find its way out.

Anyone who knows me knows I’m a rabid Charli XCX fan. Even people who don’t know me probably know it too! Her approach to making pop music has informed a lot of my process over the last few years and I love Charli’s willingness to marry her mainstream pop sensibilities with increasingly abrasive and forward-thinking production. Her influence has pushed me to lean more on the pop elements of my songwriting without fear of compromising or undermining the experimental edge of my production.

‘Tears’ is a particular highlight for me on Charli’s Pop 2 mixtape because it sounds like the fully realized version of the kind of music that I had been trying to make for years; a sugary melody encased in harsh, cavernous production – complete with Caroline Polachek’s screaming vocals being used as a noisy instrument. (In case you couldn’t tell, I love the human voice!)