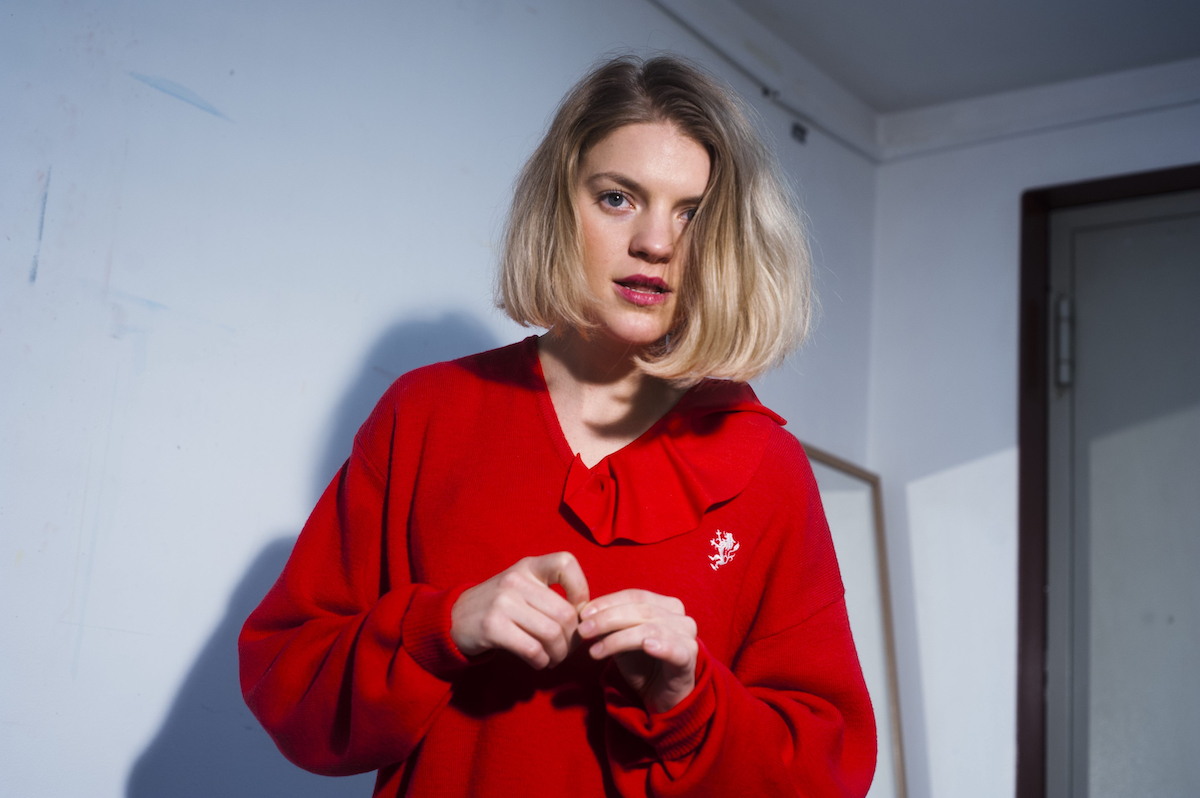 When Hockeysmith first came to our attention five years ago it was the project of two sisters making dark, experimental music in a caravan. But things went quiet after the release of their superb But Blood EP in 2014. We catch up with Annie Hockeysmith, who released Tears At My Age EP at the end of last month, to find out what happened – and what’s next.

In the years following But Blood Annie and her sister Georgie flitted between their base in Falmouth and their adopted home of Copenhagen. They fell in love with the latter after playing the city’s Distortion festival. Danish producer Nis Bysted, founder of a label there called Escho (Iceage, Smerz), was a fan of the band and together they began working on Hockeysmith’s next EP. But before it was finalised Georgie started a degree in Copenhagen and Annie returned to Falmouth where she finished the record alone.

Annie explains how the combination of Cornwall’s rave subcultures and Copenhagen’s thriving punk and dance scene has influenced Hockeysmith’s latest work. She also reveals how the band, in its current guise with guitarist Martin Pease and dancer Alice Howard, is “stronger than ever”.

You released Tears At My Age EP at the end of last month [January 25]. How has the reaction been to the record so far?

I don’t know really what’s going on around the country, but I know in Falmouth it’s been really hyped. We had a big show on the Friday night for the EP release and the energy levels were through the roof. Lots of people were supporting it and I really hope that it grows out of Falmouth and that we can get on the road soon.

Was that the first live show that you’ve played in a while?

Oh no, we’ve been playing a lot live, in the last year especially. We’ve been playing all around with my band so we’re quite well rehearsed. Martin [guitarist] is from Cornwall and I also have Alice who is like our own Happy Mondays Bez. I think the music is so much more dancey now; it brings a whole new energy to it. Alice isn’t a trained dancer or anything – it’s all just improv – you know, there’s the “Kylie on acid” slogan. I sing and dance and do all the electronics live. And it’s all aligned perfectly really with finishing up my third year in Falmouth studying Popular Music.

Georgie isn’t in the band at the moment. Who wrote the guitar parts on the new EP?

It’s been a bit of a mix. The song, ‘Tears At My Age’, was written in Copenhagen and is all my sister’s guitar work. I wish it could be a bit clearer in the releases. Martin came up with the guitar parts, I think, on [other EP tracks] ‘Dare You’ and ‘Messed Up’. But ‘Tears At My Age’ and ‘Lonely Loving You’ are my sister’s work so she’s still done some of the music. And the guitar is a very, very vital element.

Is there a plan in the future for Georgie to return to the band?

We’re just going to see how things go. Georgina has got a completely different lifestyle now outside of music and I think she’s enjoying the security of her studies. I think it’s been really hard for her to step away from the music, for reasons I can’t really talk about. But the door is definitely always open for her in the future. I also love Denmark very much as well so I’m sure we’ll have some more jams.

You’ve worked with Escho label and its founder Nis Bysted in the past few years. What’s that been like?

Yeah, we made Tears At My Age with him which was really special. That’s when we moved out to Copenhagen a few years ago. But the EP never got finalised there. That’s kind of when me and my sister went our separate ways as well. So when I returned to Cornwall I had to really dig in deep and get the tech finished with people I knew and build things up again.

“Electronic music has always been at the heart of what I do.”

What brought you to Copenhagen in the first place?

It came about by a festival called Distortion. I believe Nis was a really big fan of But Blood
so he booked us to come out and we just had such an amazing time. The whole music scene there is really cool so we kinda just impulsively moved out. We were there on and off for a year or two. We tried it out, came home, and then decided to move out there properly and get jobs.

I worked in an English-style restaurant there. I even served Noel Fielding once. I think at one point we worked in an ice cream shop. And I worked in a sushi restaurant. Another time we were the in-house cleaners at a recording studio. Nis is a very good man to know in Copenhagen!

Do you still work now to help finance the music side of things?

I’ve actually just had my first day working at a Magnestics instruments factory. I don’t know much about it, though. But mainly I’m a full-time student. I haven’t had a job, fortunately, for over a year.

The press release for Tears At My Age EP says that you set about a period of discovery for it, deep-diving into ‘90s IDM and trip- hop. What did that entail exactly?

The dance music, the electronic music really came from just being in Cornwall, you know, the ‘90s rave scene and Aphex Twin [a local friend and fan of the band]. In Copenhagen things were a bit more punky. But electronic music has always been at the heart of what I do.

“Aphex Twin turned up again. And what’s great about this whole scene is that he’s happy to just show up and talk endlessly to all the students.”

What’s the rave scene like in Cornwall now? Is it still alive and kicking?

Yeah it really is. There’s a specific group of people called Penryn Space Agency who are a bit older – they’re from the ‘90s scene – and they’ve got a big following. When I had my EP launch we actually played a gig with them so we had this amazing blend of their crowd and their fans and our sort of newer, younger crowd from the university [of Falmouth]. Everyone was saying this kinda thing hasn’t happened in 20 years. It was unreal. We were sold-out and at full capacity by 11.30pm. Aphex Twin turned up again. And what’s great about this whole scene is that he’s happy to just show up and talk endlessly to all the students. So we’re gonna keep going with it and hope that people come down and check it out. Falmouth is a really inspiring place to be right now.

I hear you’ve graduated from a caravan to a converted bus to make your music?

[Laughs] I’m actually now in an American winnebago. I’m still on the same farm where I’ve got a stable that’s a music studio. I can’t take it for granted, it’s great, and with the university facilities as well. It just makes a lot of sense at the moment while I’m trying to make a living.

Yeah definitely. We’ve just got a tour agent so hopefully we’ll be going on tour – the three of us – this year. We’ve already had some offers in April and May come through but we’re waiting for some finalisation. Dates all the way up in Edinburgh, Manchester, the whole lot.
The live show has changed. It’s got a bit louder but it’s still kinda mysterious. I really think having Alice on stage brings my energy level up as well and I’ve really taken to the performance side of things. I’ve been watching Talking Heads’ Stop Making Sense tour from 1984. And just being at uni where I can collaborate with visual people and dancers is great to just step things up a bit.

What acts are you enjoying listening to at the moment?

I have to admit I really like some of the wordy rock bands at the moment like IDLES and Fontaines DC. I’m really passionate about lyrics. A lot of the current electronic music in Copenhagen is great too, like Vår. And I really like Yves Tumor.

Is a debut album in the works?

Yeah definitely, that’s what I’m concentrating on now. I’ve got quite a backlog of songs. But it’s been important to get a manager in place, the whole team, and a booking agent. It’s been frustrating at points and I’ve thankfully been busy with university, but now that it’s all in place I can hopefully release the album this year. We’re just talking to some people about who we’re going to work and tie it all together with. Possibly Nis again. I finally got my dissertation done so I can’t wait to get creative.

What will the album sound like? Will it again be of a blend of experimental electronic music and distorted guitars, with some pop sensibilities?

I like to always have the mix of both. It will definitely be similar to Tears At My Age but I want to get cutting more with bubblegum and black metal styles. I think those soft, sweet vocals will still be there and also the more dancey side. I love having this dance group. We’re back stronger than ever before. 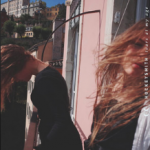 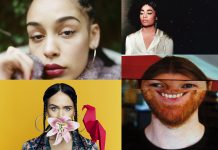 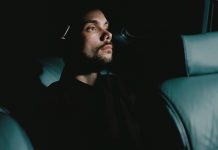 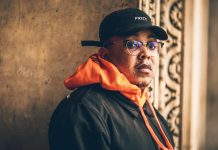 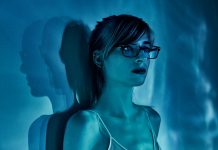 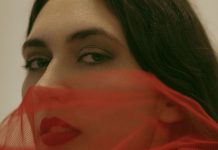 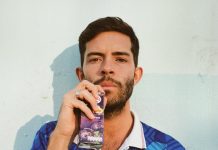