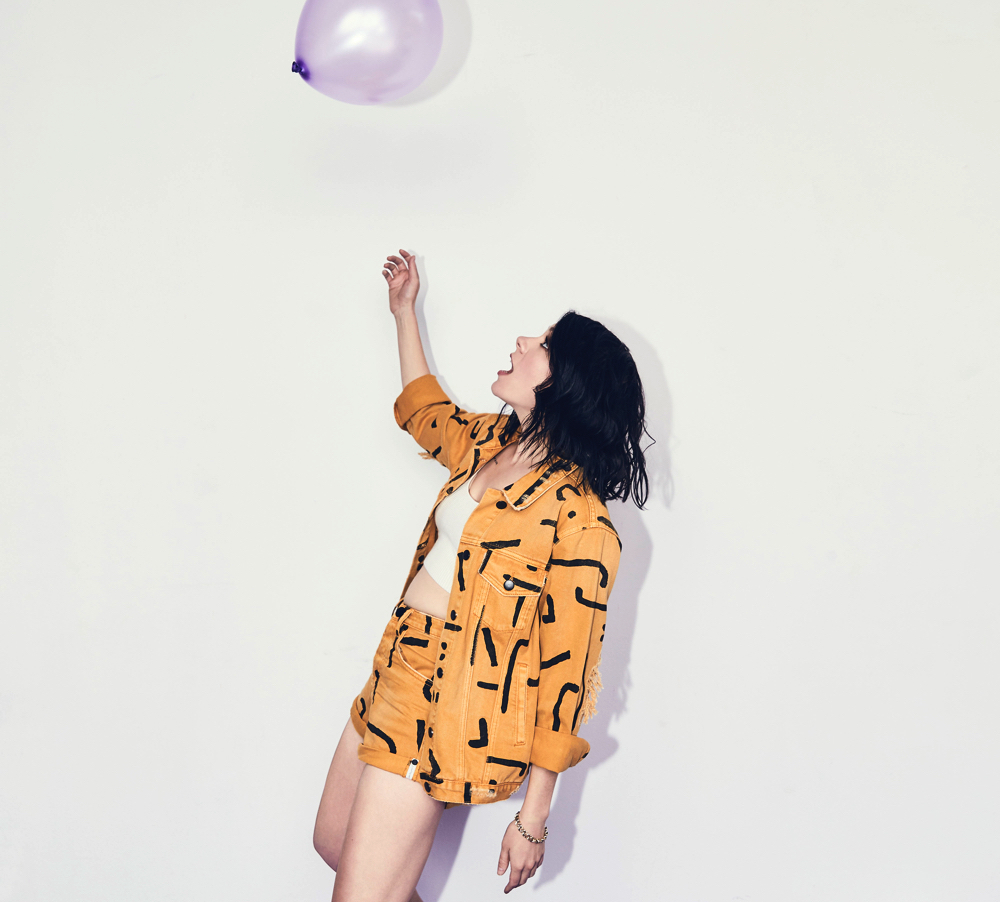 Releasing her third record Solutions last Friday, the LA artist’s new album addresses current, urgent issues whilst offering an overarching positivity. Speaking about the first single from the new record, ‘Bad Vibes’, K.Flay expressed, “with everything going on in the world right now, I wanted to make some positive music. The goal isn’t to be happy every minute; it’s just to move away from negative energy”. And this is an outlook very much channelled through her approach to songwriting for this record and echoed in the tracks themselves.

A distinctive, bold, and passionate voice, K.Flay exudes a dynamism and vitality through her sound and is certainly an upcoming talent we’ll be hearing plenty more from.

Having just released her third full-length album Solutions last Friday, we caught up with the LA artist to find out about some of the tracks that have influenced her.

‘This is happening’ was one of the first things I started listening to as I approached this new record. sonically it’s uplifting, but lyrically it’s emo and intense and funny. I love that juxtaposition. It’s an insanely profound album on so many levels.

Julia Jacklin rules. Such a great storyteller, and there’s a wistfulness to all of her songs, which I love. Everything she says feels incredibly honest and I really like honesty.

Weezer – Say It Ain’t So

I mean, this is such a fucking JAM, and again, it’s both dark and light. I think that throughout the writing process I was drawn to songs that strike a real tonal balance. In a lot of ways, that’s what I was trying to achieve as well.

I think Courtney Barnett is one of the great songwriters of our generation. I love the level of detail she weaves into everything. The songs feel so singular.

Broncho – All Choked Up

All of ‘Bad Behavior’ is awesome. The attitude of the record is laid back, but spirited. I love rolling down my windows and listening to it in the car, it made me feel like a very cool person going to and from the studio.