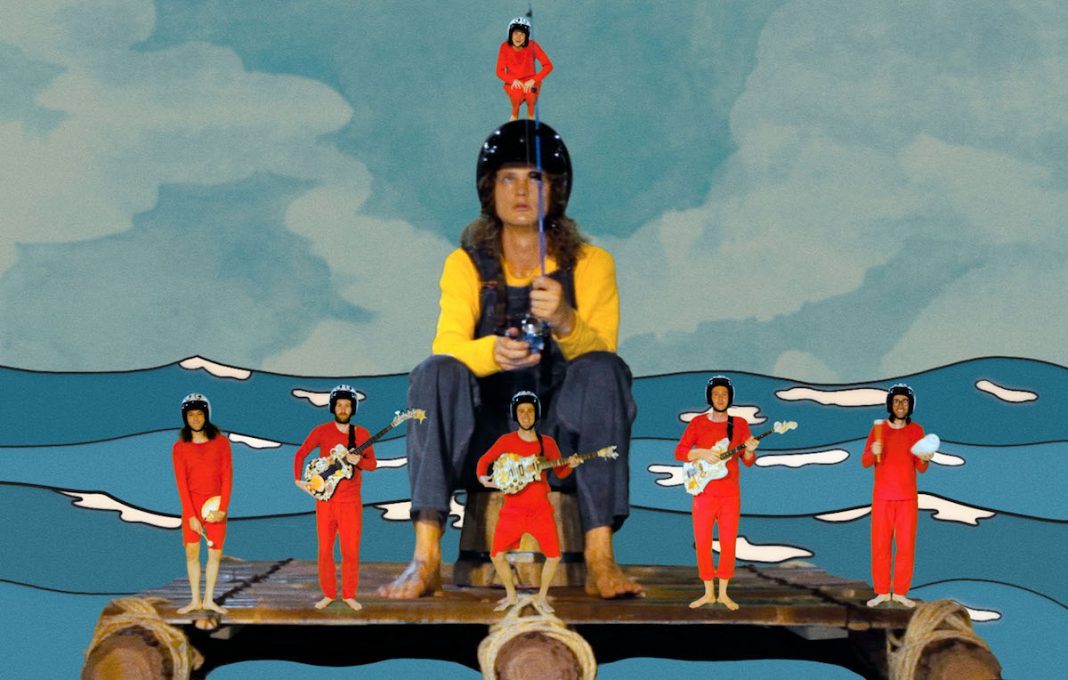 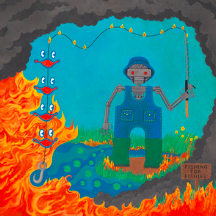 King Gizzard and the Lizard Wizard are back and on top form with their fourteenth album, Fishing for Fishies, their first release since dropping an incredible five LPs back in 2017. After reimagining jazz, metal and psychedelia across their immense back-catalogue, the seven-piece band turn to the blues to illustrate the negative impacts of climate change.

There aren’t really any other bands around doing what King Gizz do, building a cult following of new and dedicated listeners, while being able to dip in and out of varying musical realms. It feels like no matter what genre this band turns to, they’re able to give it a signature twist. This is exactly what Fishing for Fishies achieves. While the album may lack in the momentum of Nonagon Infinity or Flying Microtonal Banana, it is bubbling with blues influences, that classic King Gizz sound and a poignant message for its listeners.

Opening with ‘Fishing for Fishies’, the band playfully cloak the issue of overfishing with a bouncy, blues-infused welcome, laying the foundation for a collection that would glide between nostalgic past and dystopian future. Stu Mackenzie gleefully sings, “Fishing for fishies don’t make them feel happy or me neither. I feel so sorry for fishies,” embedding darker meaning into an otherwise cheerful track. Its successor ‘Boogieman Sam’ then continues to lurch further into blues territory, with its use of rugged guitars and Ambrose Kenny-Smith’s trusted harmonica.

It seems fitting that this choice of genre is being used to hit out at climate change. The blues stem from overcoming hard times, and in turn it allows space for warbled guitars and crazed sonic breakdowns to illustrate the destruction of our planet. ‘Arcane’ does this perfectly, creating a menacing glance into the future after ditching the vintage facade for disturbingly heavy guitars. This acts a stark contrast to earlier tracks, before it then breaks down midway to become a digital dystopia of crazed synthesizers.

As the frantic bleeping gains a rhythmic pattern, it leads to the end of a wild transformative experience with the band’s take on a new wave track, ‘Cyboogie’. Closing the album with lyrics such as, “So Cyboogie’s fishing for fishies. Red-bellied trout in a binary brook. How is it that he is depressed? The humans have pierced through his cheek with a hook,” King Gizz hammer home the Fishing for Fishies social commentary, in a bleak yet undeniably groovy fashion.

Fishing For Fishies is out now.