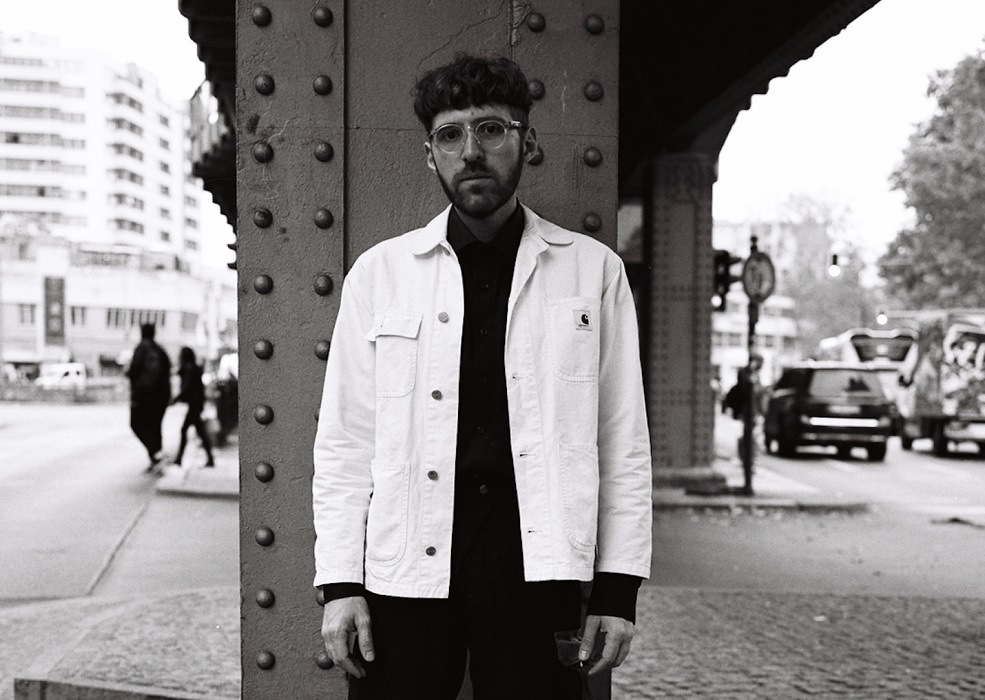 Last month, label and party collective Cocktail d’Amore, also home to releases from Powder, Discodromo and Omer, released the debut album from Berlin-based Kris Baha, who cut his teeth in the midst of Melbourne’s club scene.

Over 12 tracks, labelled “a love letter to the 80s” by RA, Palais sees Kris Baha exploring themes of alienation, desire, melancholia and detachment in his distinct industrial style. Baha’s sound is inspired by the likes of SPK, whose material fittingly appears in his In Five selections further below.

Cocktail d’Amore is a fitting home for Baha’s 80’s-leaning palette, with the tough, machine funk cuts from Palais being right at home on the label roster as well as the dance floor of their parties; some of Berlin’s best and most celebrated in the city’s gay community.

On Kris’ selections he says, “These are five records I was listening to during the creation of Palais. They definitely helped shape the sonic aesthetics, as you will most definitely hear.” Get to know Kris Baha In Five…

Outside of the fact that you can draw endless inspiration from SPK , ‘Metal Field’ in particular is a personal favourite of mine. There is something about this that is more constructed and, dare I say “musical”, whilst still keeping their aesthetics / spirit intact prior to Machine Age Voodoo metamorphosis.

DRAB MAJESTY – BEHIND THE WALL

A recent band taking on a new school approach to goth pop which helped me touch back into my inner goth past without going ‘retro’ or being overtly “goth”. Andrew’s lyrics and songwriting are impeccable and well crafted. Conceptually his themes are so vivid and easy to relate to. I had already heard this LP when it came out, but it really sank in last year during the period where I lost a close friend and this helped me cope with it. Even though the LP is about Heavens Gate , the lyrics can really help deal with the loss of a loved one.

Martial (Sean – Also From Xeno & Oaklander) is another modern day hero of mine. ’Three Days’ is one of his earlier works but for me it’s so timeless. The emotions Sean is able to invoke in this song whilst only using a few parts is what draws me into this, the simplicity and sparseness during the verses diving into a wall of sound for the choruses… Ahh, it gets me every time. It really is a well crafted song that is able to pull the heart strings.

Cold/synth wave in a modern day. What’s not to like about this?

Another seminal synth band for me – the juxtaposition of their overly British production aesthetics (I find myself constantly resonating to) being fronted in French with late Regine Fetet is the whole package for me. If there was one box to tick that sums it up for me, this would be it.

Kris Baha’s Palais LP is out now via Cocktail d’Amore.