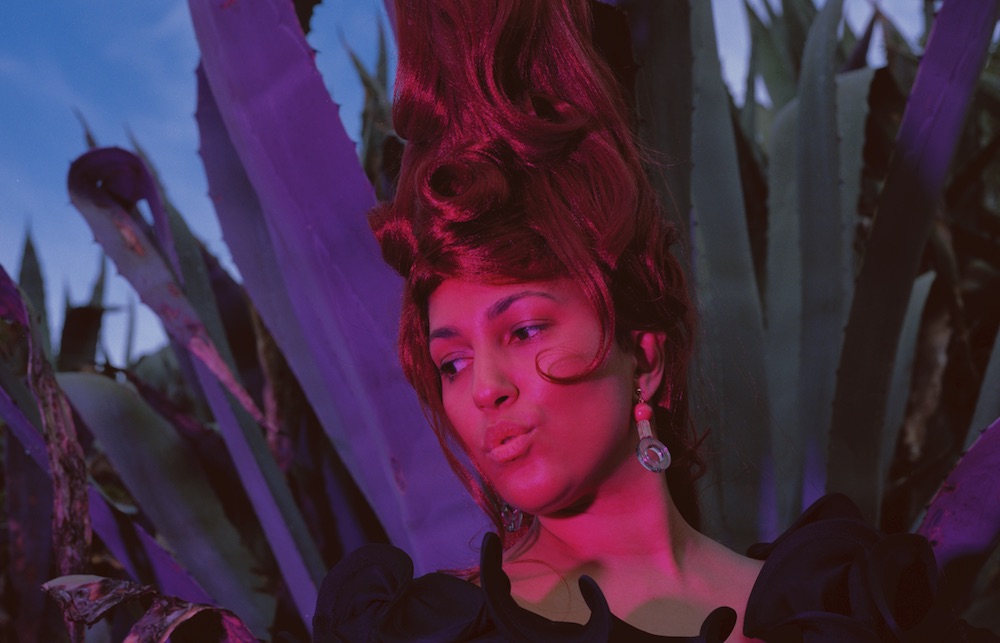 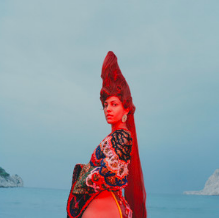 What the hell is this? It’s Ancestor Boy, the debut LP from Egyptian-Iranian sorceress Lafawndah and it’s left me in a mess. This is a slow burner that seduces you with sweet melodies as it stabs you in the eyes…

The tapestry of her nomadic upbringing is tangible throughout- raised in Paris and Tehran, before moving to Mexico and then New York, Lafawndah has criss-crossed her way across the globe, collecting rhythms and sounds and melding them into something that is entirely her own.

“Did he come from the water? Did he come from the sky?” she cries in the killer chorus of the title track, ‘Ancestor Boy’, accompanied by a pulsating techno beat and middle eastern horns. In previous interviews Lafawndah has said that her “ears are not western…pop music is what’s exotic to me” which explains why this record is so danceable and fresh and yet my brain simply cannot fathom how these weird melodies and beats are constructed.

‘Storm Chaser’ forms a literal hurricane; the percussion as rain, the drums as thunder and her voice as lightening. The album is ripe with metaphors, “sesame seeds stuck in my teeth, the news is bitter” she croons on ‘Substancia’, before launching into basically an a tonal trap tune with yelping, auto-tuned vocals. This may be her only attempt here to create something in line with current chart music, but it still exaggerates all familiarities to the point at which it’s grating and uncomfortable in my ears.

In contrast, ‘Waterwork’ hypnotises with its throbbing tribal rhythms and voodoo chanting, forcing your hips to sway. Play this record at night. Light some candles, go outside, get naked and cast some spells. Lafawndah has created an experimental pop masterpiece.

See Lafawndah live at the Barbican on 7th April 2019.