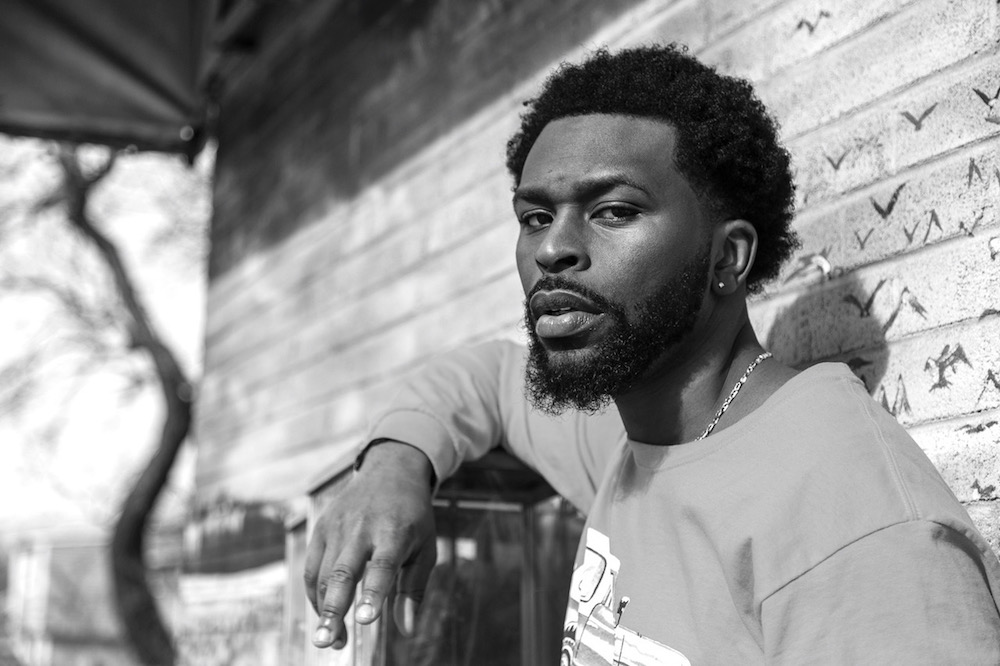 The beautifully diverse, award winning artist and producer from Boston, Latrell James, has returned with his first offering of 2019, ‘Tracphone’, which shows him effortlessly flowing over a self-produced, dangerously bouncy and melodic beat. We caught up with Latrell to find out about a few tracks that have influenced his sound.

Following his debut project, Twelve, Latrell James has become nationally recognised for his sincere sense of artistic character, conceptually honest song writing and versatile production skills which resulted in him winning Song Of The Year at the Boston Music Awards as well as working with a wide range of well-known talent including Lil Dicky, J.I.D, Cousin Stizz, Khary, Michael Christmas, Pro Era’s Aaron Rose and many more.

A strong work ethic, exceptional production skills and a genuine consideration for the growth of the Boston Hip Hop scene has made him one of the most respected artists from the area. With ‘Tracphone’ as Latrell’s first statement of the year, his original authentic sound and positive mentality shows early signs of a promising future.

When asked about what ‘Tracphone’ means to him, Latrell responded saying “Tracphone to me is when you no longer feel like you belong in a place where you grew up. It’s those lone footprints in the snow. Gentrification takes a toll on communities of colour and I wanted make light of that while also highlighting other important issues that affect us too. Tracphone is more of a metaphor for wanting to hold onto things that are “old” vs the new — and overall being proud of who you are and where you come from.”

We caught up with the artist to find out about a few tracks that have influenced his sound.

Field Mob – Sick of being Lonely

They are one of my favorite groups every. Charisma and voice inflection is something I can truly say I took from their music. This song is perfect to me.

DMX – How’s It Going Down

This man made me want to become a rapper. I believed every word he he said. He was the first rapper I ever believed. Being honest in your music is important to me. X embodied that.

Listen to the way the he links his words. He’s so fluid with his words. Patient with cadences. I really modeled my whole sound after him. My favourite.

Perfect songwriting here. Lupe showed me it’s cool to be a lyricist during a time when music was going through the youtube phase. Thank you Lupe.

Kendrick Lamar – Sing About Me

This song helped me understand structure. Not every verse needs to be 16 bars. The way he ends the verses are crazy! Fading one and the other a gunshot. I Still listen to this like it just came out.

‘Tracphone’ is out now.