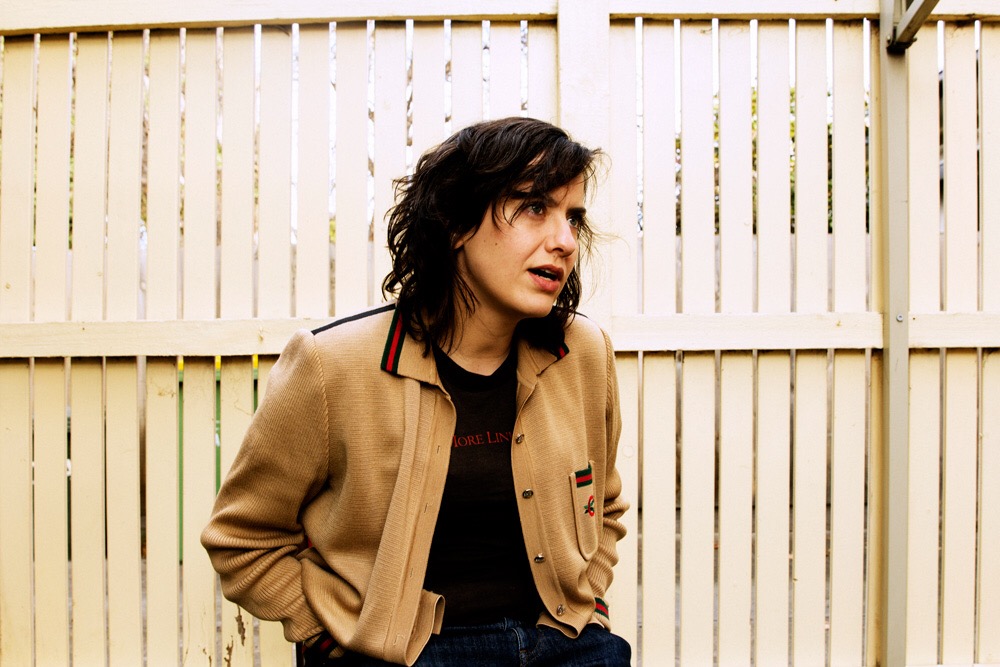 In the wake of the release of her latest album, and first since 2013, Scared Of You, we sat down with Laura Imbruglia to talk about the record’s conception, how her interactions with Australia’s creative community helped shape her own perspective, and her feelings toward the country’s current creative boom.

The last time we spoke to Laura Imbruglia – in a cafe in Northern Melbourne ahead of the launch of the second season of her web series, Amateur Hour – she made little secret of her troubled relationship with her music career. “There’s no buzz about me,”she said with a certain matter-of-fact bluntness “I’ve been playing since 2001 and it’s a pretty small audience. I reached a point where playing shows was bumming me out and there were just boxes of CDs in storage under my house. It got so stale that I needed to step away from it”.

It was difficult to know at the time whether there was any degree of permanence to her decision or not, and as a result it was something of a pleasant surprise to witness the recent release of her latest record Scared Of You. Her first album since 2013, her latest offering was written in a remote writer’s retreat in Australia’s rural fringes and it bursts with the myriad of styles and influences that suggests the break did her a world of good. The power pop gem of the ridiculously catchy lead single ‘Tricks’ and dreamy 90s shoegaze of follow-up ‘Diptych’ gave a flavour of the eclectic mix of sounds that would surface, while the AC/DC-esque riffing of ‘The Creeps served further notice of the levels of creativity that poured into the record’s creation.

Here, Laura talks about the record’s conception, how making Amateur Hour and her interactions with Australia’s creative community helped shape her own perspective, and her own observations from her time working in the arts about the way that Australia is currently enjoying a creative boom time and what it could mean for her future plans.

“The conversations we had, along with art on the walls, the landscape and wildlife, and a little bit of cabin fever all fed into the lyrics on those songs.”

The last time we spoke ahead of the launch of Season 2 of Amateur Hour you seemed almost disenchanted with the idea of making music. Was that the case and if so what inspired you to re-enter the fold – do you think you just needed a break for a while to recharge and regroup?

The process of touring and promoting an album can be a real anti-climax after the writing and recording part (which is fun). In my experience, it’s been really hard to get the same energy back on an album that I expend making it – I mean in terms of public interest, people coming to the shows, album sales etc. I almost always end up in deficit financially, spiritually and emotionally. I still think it’s a worthwhile pursuit, and this current album has actually been the most rewarding, but sometimes you just need to step away if you’re feeling bitter. The last album What A Treat was also a heartbreak album and it was a bit gruelling to play those songs over and over again. I reached a point where I didn’t want to dwell on painful memories any more.

Plus, I had a cool idea for a TV show and when I get really enthusiastic about an idea I have to see it through. When I had been through 2 seasons of making Amateur Hour I was drained and bitter from that and finally felt ready to spend some time on music again. Ha, I just switch back and forth between art forms until they’re not fun anymore and come back when I feel excited again!

In hindsight, do you feel that creating Amateur Hour and celebrating the creative communities within Australia has in some way inspired you in your own endeavours, and if so do you think the processes of some of the people you featured have in some crept into your own too?

Hmm…maybe. I think working in a different art form alongside different artists generated a bit more public respect and self-respect for my abilities as an artist. That allowed me the confidence to try new things like applying for a songwriter’s residency to give myself some time and space to work, instead of trying to cram in songwriting every day after work, and confidence to try new things in songs that I wouldn’t have tried before and to trust my gut with artistic decisions.

Much of the album was written in a rural writer’s retreat – in your experience do your surroundings in some influence your writing and if so in what regard to you feel that they specifically manifested themselves on Scared Of You?

About 2/3 of the album was written at the retreat. I had anticipated that I’d be spending 3 weeks completely alone in this country house, but as it turned out I ended up spending a good portion of time with the other artists doing their own residencies. The conversations we had, along with art on the walls, the landscape and wildlife, and a little bit of cabin fever all fed into the lyrics on those songs. The songs I wrote at home are still cool but the residency really set a tone for me and after 5 years away from writing, I needed that isolation and time to learn how to do it again.

For the most part, the album is a lot punchier than a lot of your previous work – was that a conscious creative direction or was it just how the songs naturally developed during the creative process?

Well, I definitely wanted to write a fun rock album. I knew that, and I had purchased a 70s electric Ovation guitar in Nashville in 2014 and then just shoved it under my bed and not played it for a few years. I wasn’t ready to do anything with it when I bought it, but I remembered how good and aggressive it sounded in the shop and I was just waiting to feel ready to write on it. Now I’m sick of rock, I’m listening to The Roches non-stop and ready to write a folk album.

“Be honest with yourself and with your loved ones. Sometimes it’s hard to do both at once.”

Looking back, during its creation did you have any ideas of how you thought the album would turn out and if so how closely do you think the finished record came to matching those initial designs?

Hmm it all happened pretty quickly, so I didn’t have a lot of preconceptions. I did choose my band members carefully though and I was really hoping they’d agree to join the band because I knew it’d be a dream team for these songs. Of course, I had a few references that certain songs reminded me of, like “this one feels like AC/DC, on this one I’m going for 90s Cocteau Twins vibes, I want Nirvana dynamics on this” etc. 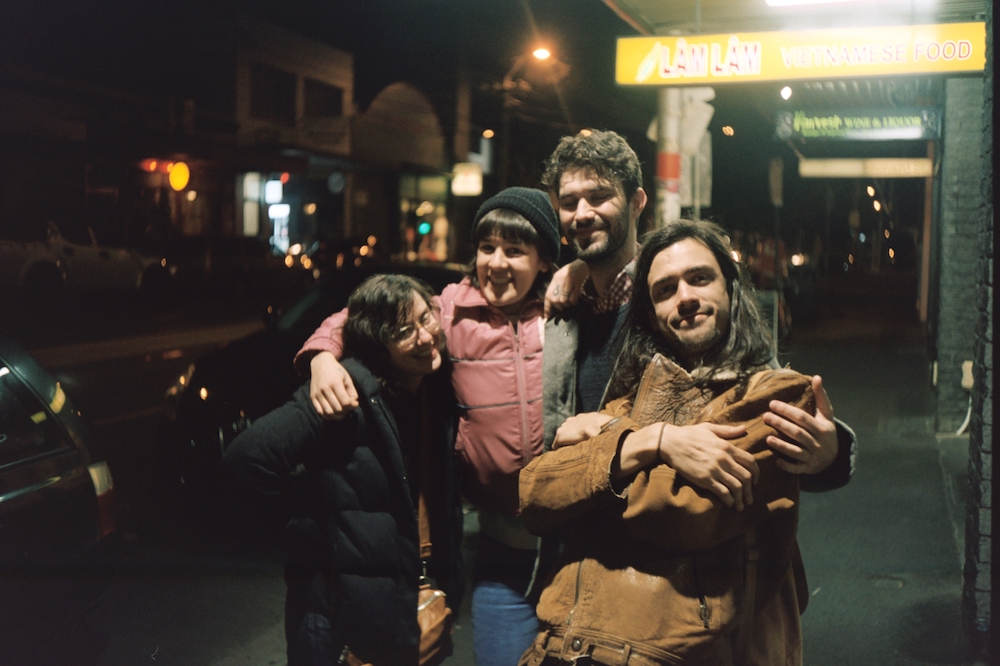 There are a range of styles across the record – from power-pop and dream-pop to more riff-heavy songs via flirtations with country and pop-punk – and it almost feels like the album is the sound of a songwriter pushing themselves to see what they’re capable of. Was that what it felt like from your perspective and was there a conscious decision to expand your musical horizons?

This is how I’ve always written, my albums are always all over the shop and lacking cohesion musically. The last one sounded a little more consistently country because I had a pedal steel player, but if you were to mute that track, there’s a whole lot of different stuff going on from song to song. I like bands like Ween that just do whatever genre they feel like, and I’m a huge music fan and I’m always getting pulled in different directions musically. It’s the lyrics that glue my albums together. Pushing myself, a band, and the audience musically is one of my favorite things to do. It’s how we grow!

Similarly, there seem to be a range of lyrical topics but they all seem to come together in a common theme of interpersonal relations and belonging. Is that a fair assessment and how closely were the songs on the record following your own experiences at the time?

I’m always writing about my current personal experience – it’s like an extremely public diary entry or photograph. I was doing a lot of soul searching at the time and trying to learn how I could be a better partner, and determine or express what things matter most to me and then pushing those things together and seeing if they can all play nicely together. It’s really hard to work a full time job, be an active creative person and be a present partner. A lot of the songs are about that struggle.

As someone who works in arts advocacy in Australia has it been gratifying to see the level of interest in Australian arts from overseas (and the associated international opportunities for artists) increase in recent years, and do you have your own designs on international touring etc any time soon?

It’s SO great to see so many of my peers doing well overseas, and I’m thrilled (and extremely jealous) for them. We make great art in Australia and we work hard on it, despite having a government that doesn’t value it anywhere near as much as they do sports. I’d love to tour internationally but I need a label and/or a booking agent. It costs four times as much when you’re a solo artist with a backing band as I pay for everything, so it doesn’t seem feasible right now but maybe one day.

Did you have any preconceived ideas about how your return to making music would go, and if now the record’s you’re able to look at things holistically do you feel the reality has met how you’d imagined the process?

This is how I had hoped it would go! It’s been the smoothest, most enjoyable album roll out and re-entry to music. I think the time away and the time spent on Amateur Hour really informed the good stuff I’m experiencing now.

If people were to take one thing from the record – be it an emotion, sensation, message etc – what would you hope that would be, above all else?

Ooh, tough question. I don’t know, honesty? Be honest with yourself and with your loved ones. Sometimes it’s hard to do both at once. 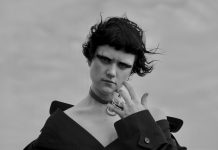 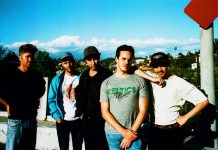 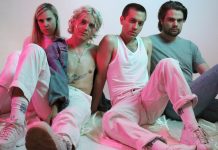