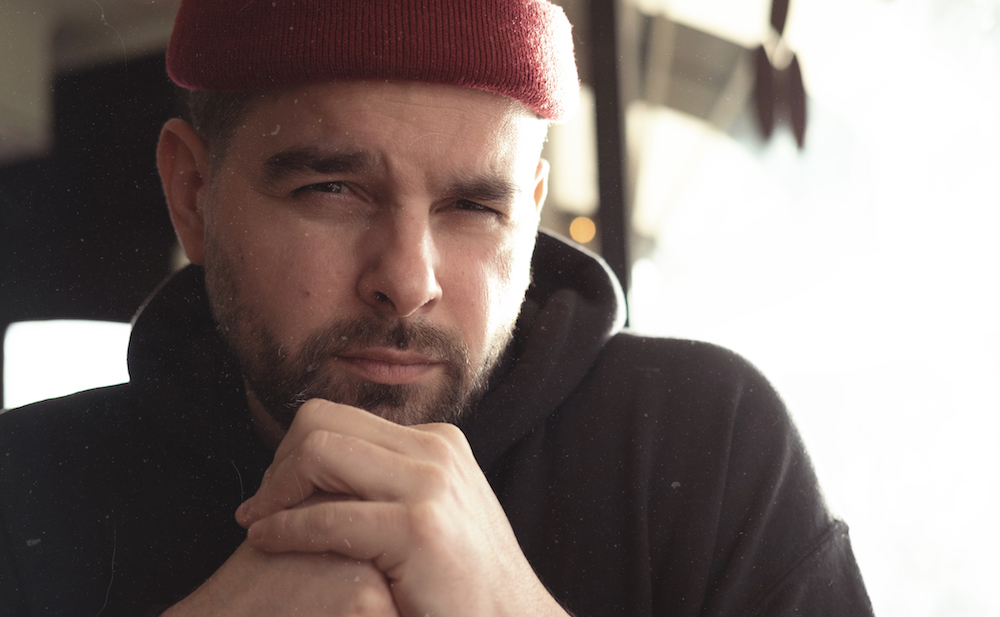 Following on from his debut LP, Looking At The Stars, in 2014 and Golden Age EP in 2016, Lenzman is returning to Goldie’s pioneering Metalheadz label with new single ‘Pictures Of You ft. DRS’ as he announces his forthcoming LP, Bobby. We caught up with the drum and bass artist to find out about a few tracks that have influenced his long awaited body of work.

Since stepping on the scene back in 2007, Lenzman has continued to flourish as an artist known for his fluid approach, bold collaborations and genre-defying moments that have built him a loyal fanbase who eagerly await his next move. With a slew of notable appearances on the likes of Spearhead Records, SGN:LTD, Soul:r and his rising North Quarter imprint over the years, the new single and forthcoming album is primed to satisfy the bubbling cravings of patiently waiting fans whilst capturing the ears of a wider global audience.

Warming piano keys in ‘Pictures Of You’ delicately lead into an ensemble of early hip-hop influences, carefully infused with jazz licks and soulful melodies, yet still in touch with the prime drum and bass scene of today.

Elsewhere, DRS’ soothing vocals flow over glimmering percussion and a captivating drum line, cranking out all the right ingredients for a perfectly fine tuned, drum and bass chiller.

Showcasing Lenzman’s decade of learning, experimenting and growth as an artist, Pictures Of You ft DRS gives listeners a detailed taste of what to expect from the upcoming album.

We caught up with the drum and bass producer to find out about a few tracks that have influenced his upcoming LP, Bobby.

It’s no secret that I have a passion for 90’s Hip Hop and it has been something that has continued to inspire me over the years. This particular album has really stayed with me over the years while also having the ability to take me back in time. For me that is the magic of music, how it can take you back to a specific place in time, it can become linked to those memories, those feelings and smells. This album is pure stripped back jazz and has some kind of ruggedness that stops it from feeling thin and polished. It’s not a happy album, more melancholic and somewhat down. But it also has beauty. Survival Of The Fittest is one of the tracks that is a signature The Infamous track for me. The whole vibe captured here is something I’ve tried to draw inspiration from on the album.

I listen to old Jazz quite regularly. It’s mood music for me. And you can listen to it in layers. Miles Davis, John Coltrane, Herbie Hancock, Sonny Rollins are some of my favourites. Another particular favourite is pianist Ahmad Jamal who I actually discovered through Hip Hop as he was sampled a lot by some of my favourite producers. These days I try to sample as little as possible. But sonically there’s something about flipping old Jazz, piano specifically, that has this vibe I love. It feels human, not perfect, but alive and filled with character. I think producers are often obsessed with loudness with sonic perfection and so on. Everything has to be “right”, people tend to over quantise their music, but to me it can make music sound uninspired and uniform. For me the magic lies in the imperfections, the little mistakes in timing, the subtleties in cadence, Jazz is all about that. In listening I have tried to find what I like about this kind of piano I might have sampled, and have learned to create that vibe myself.

Voodoo is one of my favourite albums of all time, and Africa is possibly my favourite track on that album. I love the etherial and hypnotic keys twinkling away in the intro. There is organic tribal percussion, and the stripped back spacious backing track lets D’Angelo’s amazing vocals shine of course. These three elements really make the track, and over the years I’ve been inspired and have used those in much of my music. With Bobby being the most stripped back and Jazz influenced body of work I have made, this is perhaps the most clear.

I remember first getting into Drum & Bass properly after being a no compromise Hip Hop head in 1996. Friends of mine in the UK had turntables which I obviously was intrigued by and had been into House and Techno for some time, which hadn’t particularly grabbed me. But Drum & Bass I could connect with and this was one of the first records I remember buying and mixing. When writing music I try to reach for influences outside of the genre as much as I can, but I think we are all inspired by what has come before us. This particular track has really resonated with me over the years, it is so musical and I especially love the bass line. When I was writing Hollis, I suddenly had this realisation that the way the bass line dances around in places, somehow reminded me of this track to a degree. I’m not saying it’s anywhere near as good as On The Nile, and I didn’t set out to do it, but perhaps it was some kind of subconscious inspiration.

Here is another Hip Hop album that I love and I’ve drawn a a lot of inspiration from for Bobby. Da Shinin’ is entirely produced by Da Beatminerz. Like Mobb Deep’s The Infamous there are a lot of Jazz influences here, but it’s got a much warmer, lo-fi sound to it. The sonics are a lot more bass heavy, the pianos are often filtered to bring the low end out. A lot of the early Boot Camp Clik / Beatminerz produced projects sounded similar, drawing influences from Jazz and Dub, but this is perhaps my favourite. On Shinin…..Next Shit is this balance is perfected as you hear a stripped back, slightly detuned piano which is layered with hazy atmospherics, often filtered down, and backed with a rough breakbeat. It sounds very lo-fi and New York, recommended listening.

‘Pictures Of You’ Feat. DRS is out now and his highly anticipated Bobby LP is coming soon via Metalheadz. You can catch Lenzman at Phonox on 12th April 2019. Find tickets here.