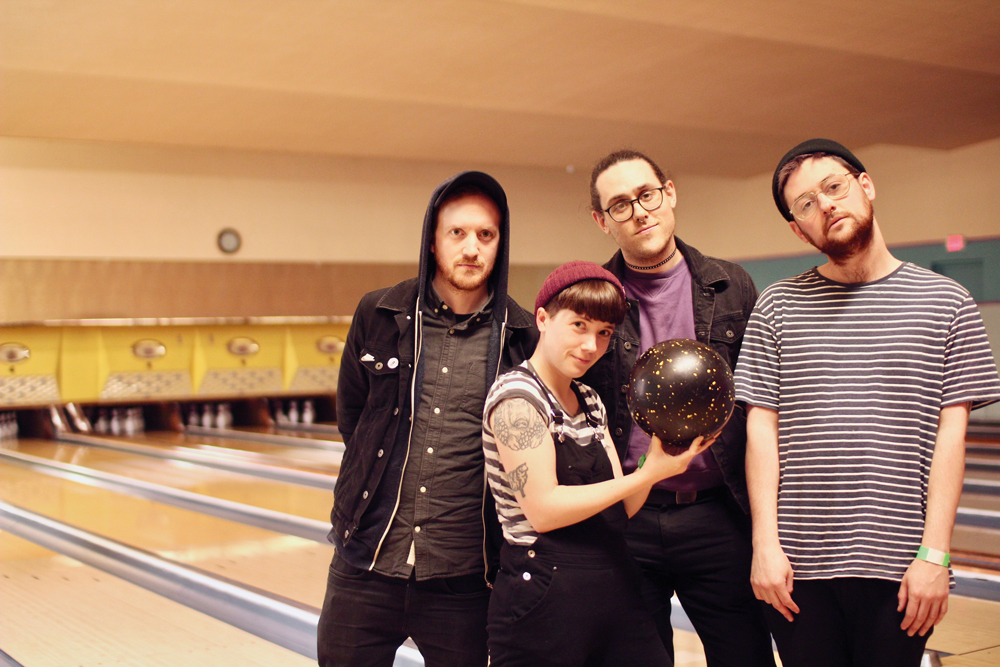 At the exact time I call Daniel, Naomi and Nathan of Martha about their new record Love Keeps Kicking, the second meaningful vote on Brexit is taking place (with the speed at which events are unravelling, who knows what will have happened by the time you’re reading this: Trading deals with Belarus and Vatican City? A surplus of bendy bananas but no medicine?). The self-described four-piece straight- edge, anarchist, DIY rockers from the north-eastern village of Pity Me are trying to make sense of the events of the last few years.

“We had the new leader of UKIP come and visit our town last week,” Naomi says. “And we had to protest outside. Having to even do that, to oppose an openly fascist visitor to our town, is something you’d never imagine.”

Not that they think a People’s Vote will be the salve to save the country. “Nothing has changed structurally to change the conditions in which Brexit occurred,” explains Nathan. ”It’s a much bigger problem than having another referendum. People will act against their own self-interest when they’re completely alienated and fucked off. They don’t like being told that they’re stupid because, although I think it was a bad, bad, bad decision, they made it in good faith.”

“I think we’ll look back on this and see moments like Trump and Brexit as the wheels falling off capitalism.”

“I think that kind of sums up Martha: reading I Know Why the Caged Bird Sings and also just being really into wrestling.”

But if all this makes it sound like listening to Martha would be a sombre lesson in class politics, you couldn’t be more wrong. Their music is an exhilarating mix of fuzzy, fizzy guitars and joyous harmonies, with songs that fuse pop and politics together.

“But it would be such a nightmare if everyone was just political all the time – it would be so fucking horrible. But when it comes to it, when asked – and sometimes when not asked – we’re going to say how we feel.”

Naomi agrees: “Songwriting is definitely a platform for us to talk about things that we worry about and are passionate about.”

And that’s the point. The politics in their songs is the politics of real life, the minutiae of actually living – of snooker halls and supermarkets – and having to put up with all of the shit that is flying at us at the moment. And this weaving of the political and the personal is where the alchemy in their songs occurs. “There’s a song called ‘The Void’,” Daniel explains. “And on the surface, it’s about a couple of people who got involved in a ritual that has gone wrong, but I mean it can very much be read as about the growing rise of fascism.”

“We wrote really collaboratively for this,” says Naomi. “And Nathan is great at taking complex ideas and reflecting and representing them through a story.”

It makes Love Keeps Kicking, their third and possibly best album, both break-up record and an exploration of the world  spiralling around us. The songs tell stories of the lives of people trying to cope with it all: institutionalised children (‘Mini Was a Preteen Arsonist’), and feminist sci-fi writers (‘Lucy Shone a Light On You: The Ballad of Lucy Connor Part II’ – a sequel to an early demo from 2012). “There’s a bit of intertextuality and some wanky, going-up- your-own-arsehole type stuff going on,” laughs Nathan. “But it’s fun and hopefully people who liked the demo will get a thrill from it.”

And ‘Wrestlemania VIII’ is a song, Nathan says, “about finding other freaks that are like you and you can celebrate being weirdos with”. It features a line about iconic 90s wrestler, Rowdy Roddy Piper. “Jimmy (the fourth member of the band) had a dream about Maya Angelou and Roddy Piper and that became a line in the song,” Nathan explains. “I think that kind of sums up Martha: reading I Know Why the Caged Bird Sings and also just being really into wrestling.”

I ask if they’re going to do any wrestling tie-ins and play any shows.

“Yeah, I mean I’m waiting for the call from Vince McMahon… Actually he doesn’t let his workers unionise, so fuck him.”

As we all continue to grapple with everything that’s going on in the world, it’s good to know there are some other weirdos here on your side. 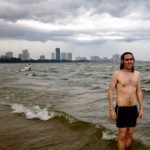 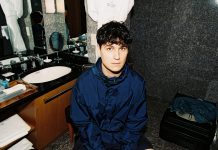