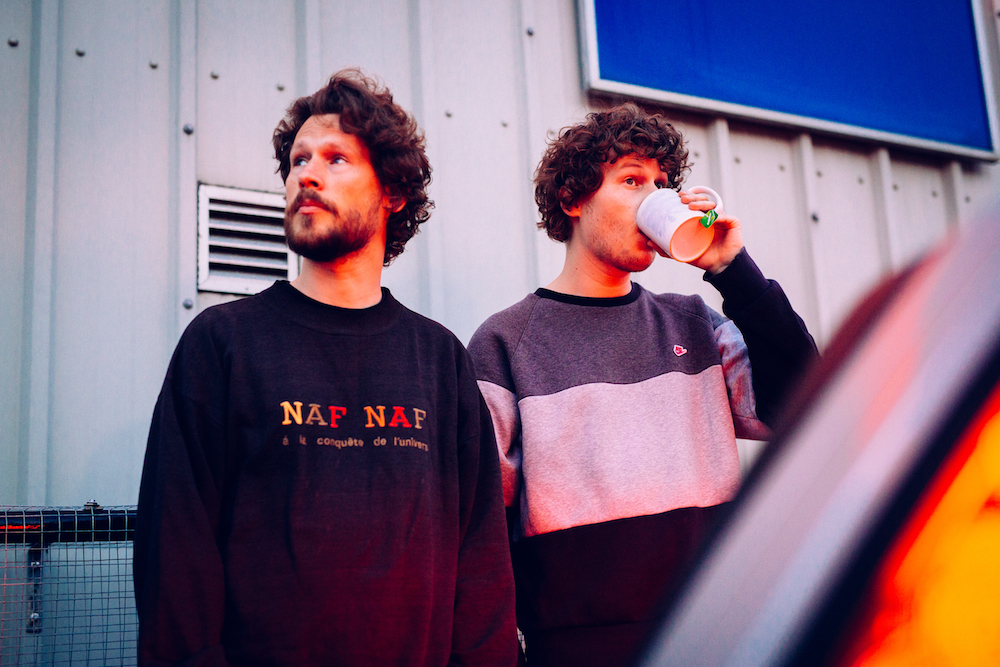 We caught up with the globe trotting duo, Model Man, to find out about a few tracks that have inspired their debut EP, ‘City Songs pt.1’.

Model Man are a multi-disciplinary duo comprised of brothers Rob and Mark Brandon. They first appeared in summer 2018 with their striking single ‘Alone’ that was inspired by the professional mourners of Taiwan.

This was the first piece of their ‘City Songs’ project- a series of tracks inspired by
different locations and people from across the globe. From there the duo released another pair of mesmerising singles: the ethereal ‘Ketones’ and ‘Without You’, an emotive ode to the ghost city of Al Madam.

The City Songs EP is the end of this globe-spanning journey, putting these three singles together plus adding two brand new tracks into the fold, ‘Running’ and ‘Don’t Be A Burden’. We caught up with the pair to find out about a few tracks that have influenced the EP.

Textures and space. What we love about Talk Talk is how one single phrase with a certain weight can carry the song. Its not about traditional melodies, there is a journey with its own atmosphere.
We read somewhere that producer Tim Friese-Greene tripped over in the studio whilst recording, they liked the sound it made and used it. That documentarian aspect of music is very powerful.

There’s a lot about Druqks that astounds us. The Chris Cunningham, Monkey Drummer installation, in particular, is a bit of a revelation. It separates the sounds in the song. You see that sort’ve track dissection and recreation on Youtube all the time now. Still, no-ones does it as well as this. Love that dick hi-hat.

This song is so beautiful, the recording is out of this world. It sounds like there could be 300 hundred possessed people in that room. incredible album cover too.

We can imagine how inspired and driven Carter must’ve been seeing Deakins incredible cinematography for that film. We’ve tried to adopt that way of doing things. ie. Shooting first and composing later or just having an incredible source to work from/towards/around.

Mac Demarco – pieces of me

He’s a great songwriter and the video where he gives birth to the stillborn cabbage baby hit us hard.

City Songs EP is out now