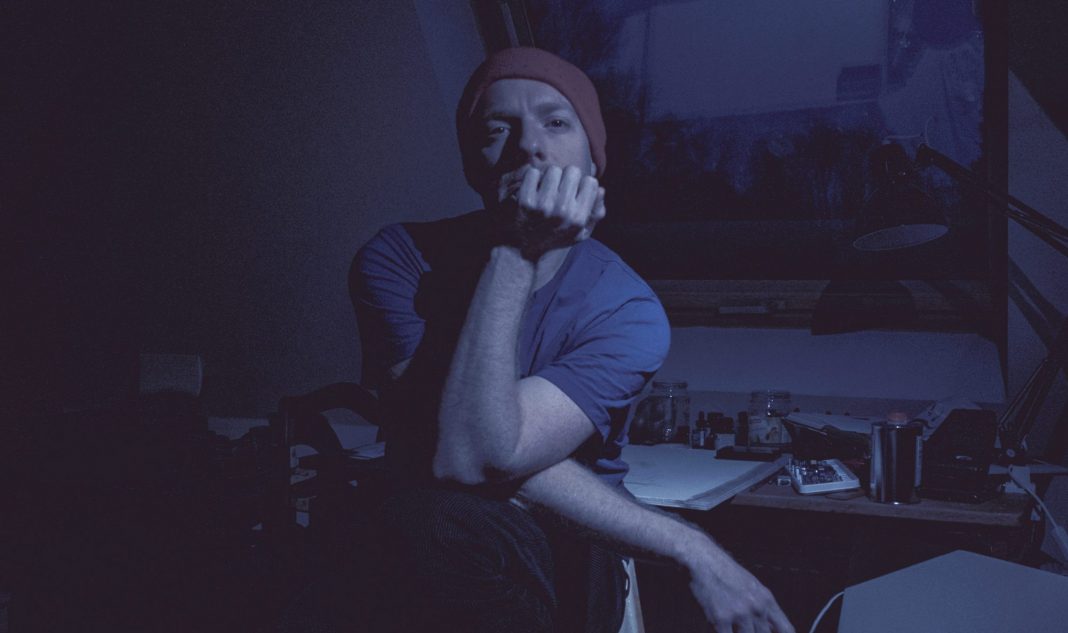 Balancing between ethereal soundscapes and more romantic tones – albeit still laced with despair – Sam Ratcliffe’s Moorweg is a project that requires careful listening, due to its delicate nature. With the objective of raw sincerity, getting straight to the point and not obsessing over the details, this British-born musician ditched the laptop interface and rebuilt his songs with analogue gear for a more focussed approach.

Released via Wicked Hag Records, the label he founded as a means to provide a platform for queer artists, How Sad I Am About This dwells among the delicacy of synth-pop with a dense layer of pain, regret and with lyrics that consciously drown in the waves of sound.

Ahead of his release show at Madame Claude with Evripidis and His Tragedies this Friday, we invited Sam Ratcliffe to tell us a bit more about what has inspired him through the years, leading onto Moorweg and new EP.

I have had this on repeat for years, the Tracey Chapman sample is from ‘Behind the Wall’ and the heartfelt ‘Come back, come back’ is from ‘Pain in my Heart’ by Otis Redding. I find Vini Reilly’s heart-wrenching guitar melodies simultaneously uplifting.

Julie Ruin – I Wanna Know What Love Is

Two people got me playing with machines when I was 16; Kathleen Hanna and Björk (after seeing a video of her strolling around the Icelandic outdoors in a giant puffa jacket with a groovebox). I went out and bought myself a TASCAM 8 track and a shitty Roland drum machine; I made the kind of music a 16-year-old queer boy into riot grrl would make. Before that my impression of electronic music was macho and scary; something the hard boys at school might listen to. How wrong I was.

I caught their album release at Maze in Berlin and it was pure joy. They have that awkward sexiness and humour that is inherently Krautrock. There’s grounding monophonic bass to stomp to, jarring organs for the hips and 70’s disco strings for waving your arms around. It’s also great dinner party music; along with Yunas Orchestra it is on my ‘Fine Dining’ playlist.

The original is ‘Lonely Lovers’ by the punk band, Stinky Toys but I adore this version. The lyrics are genius, Lio’s delivery is wry and ironic and I love the sharp, grating synths.

A blissful track from the deluxe version of Y Dydd Olaf, the main vocal loop reminds me of Aphex Twin’s Xtal. Glanyrafon means riverbank and it’s also a village in Gwynedd, Wales; I am there at least twice a year to see family. The whole album has brilliant lyrics, my favourite being from Fratolish Hiang Perpeshki; “Der i ddawnsio yn y machlud i donau dibwys a dychrynllyd / Come and dance in the sunset to songs which are trivial and alarming“.