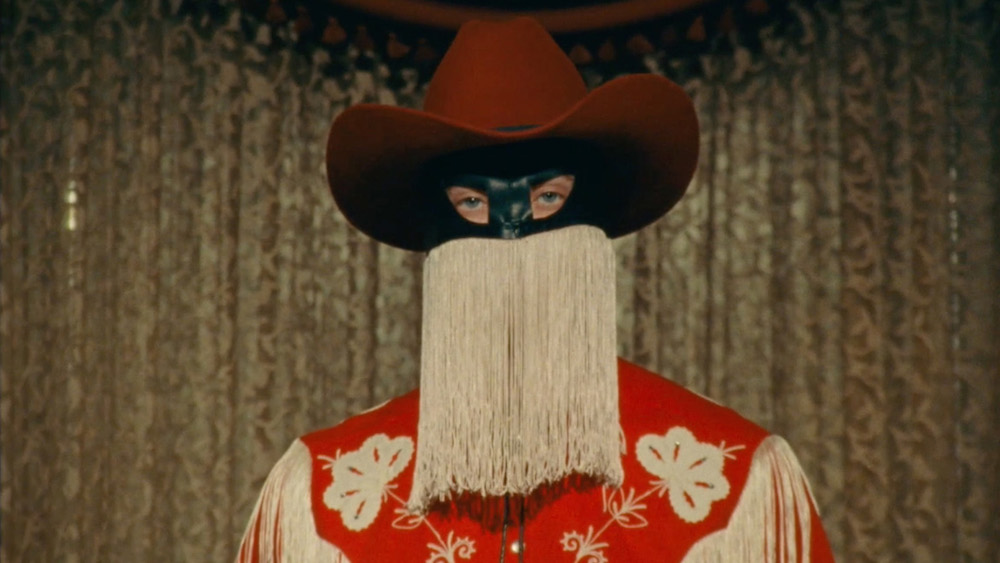 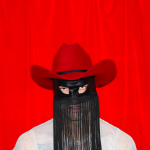 Orville Peck is a mystifying character, there’s something immediately gravitating about his rodeo image, complete with a fringed, black leather mask that obscures his face. However, Peck is not just some gimmick, as his debut album ‘Pony’ proves. A journey through sun-soaked deserts of days gone by, the album has a quintessentially cinematic feel to it, with plenty of crooning over nature, the turmoils of love, and life as an outlaw cowboy.

The album’s lead single ‘Dead of Night’ is a prime example of Peck at his finest. A vivid depiction of queer love in the Wild West, the reflective lyrics tell the tale of two hustlers travelling through the Nevada desert while enveloped in a whirlwind romance, which haunts Peck’s present self, “Strange canyon road, strange look in your eyes / You shut them as we fly, as we fly,” he chimes with butter-like, deep vocals. Mystifyingly, he is able to breathe new life into the classic, Americana sound, bringing the badlands to a modern audience with hazy lap guitars and sombre instrumentals.

Of course, there are plenty of True Grit-inspired moments, with tracks like ‘Turn To Hate’ speeding up the momentum of the album while depicting the struggle of stopping resentment from accumulating into hatred. This is mirrored with rolling drums and tinny guitars, with a cheeky yee-haw thrown in for good measure. ‘Buffalo Run’ also does this, replicating a stampede with frantic instrumentals reaching a crescendo as Peck hushes, “run, run,run’” when they reach the cliff’s edge.

Nevertheless, there are moments of tenderness with sultry lullabies such as ‘Blue Sky’, a song about past lovers, ‘Queen of the Rodeo’, which touches on the sadness of beauty fading, and the closing track ‘Nothing Fades Like The Light’. This homage to the old West conjures an image of being sat around the campfire while Peck solemnly reflects, “Blackened houses, morning skies on my mind / April showers, June is the same in your eyes,” as the sun sets dramatically over America’s great frontier.