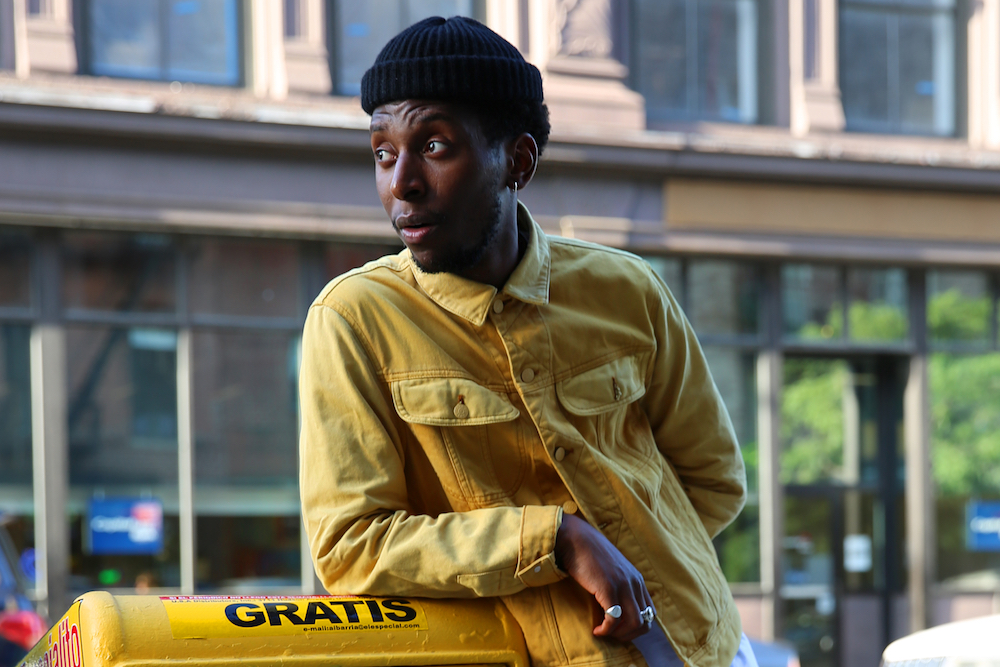 With his new single ‘Church’ having just graced the public realm and previous support from the likes of James Bay and Chance the Rapper, we spoke to the British-Nigerian artist Samm Henshaw about his influences, upbringing and musical plans for 2019.

South Londoner Samm Henshaw has garnered interest since 2015. He was supported by BBC Radio 1 and handpicked by James Bay and Chance the Rapper. The British-Nigerian rapper cites his upbringing and constant musical sound running through his house as a major influence in his music.

The 24-year-old’s range of talent was really on show in ‘Doubt’, which has notes of soul and RnB. ‘Churches’ is out now, which harks back to his Christian upbringing. Samm spoke to London in Stereo about his upbringing, musical influences and his plans for 2019.

How would you describe yourself in three words?

And if you were to sort of describe your music to someone who’s never heard of it before, how would you describe it to them?

I’d say it’s like a hybrid of soul music with hip-Hop and gospel.

“It was rough and grimy but there was also this sort of beauty as well. You met such incredible people out and about and you see this whole side of life that I guess other people are never exposed to.”

I’ve heard you lived in a musical household, is that true?

Yeah, sort of…so it wasn’t musical in the sense that my parents or siblings could play instruments or anything. It was musical in the sense that my parents really knew understood and appreciated good music. So that was very much what I was surrounded. Everyone loves music in my household. The main sounds around me when I was growing up were definitely hip-hop and soul.

What was it like growing up in Peckham/Camberwell and later Thames Mead?

It was rough and grimy but there was also this sort of beauty as well. You met such incredible people out and about and you see this whole side of life that I guess other people are never exposed to. It’s just very realistic and grounded, I guess.

Did that kind of upbringing influence your song writing?

I think anything to do with my life and my experiences has helped shape who I am and how I have grown. You may not directly hear the influences in my lyrics but it’s more in how I am doing things, the things I’ve seen and so on, it’s always going to find its way into my songs and my experience.

Particularly when you were starting off in your in the early days your musical career, who were your main influences?

When I was working on my first EP, I was listening to people like Alan Stone, Tyler the Creator, Frank Ocean Paulo Nutini, D’Angelo, Lauryn Hill and James Bay. There was there was such a wide variety of people who influenced me.

You can really hear it in your music that you listen to a mixed range of things, you mentioned James Bay who you supported, as well as Chance the Rapper. You also recently collaborated with Wretch 32 which was supported by BBC Radio 1. What was it like working so closely with those artists?

It’s just great when we get to meet anyone and learn from anyone that has had a long, successful career and experienced things you sort of wish to and hope to one day experience. Everyone was lovely, even if it wasn’t somebody telling me something and it was just things the things I was seeing and pick up from them.  I really understood why they are in the position that they’re currently in and how they manage to sustain themselves in the career for so long.

Even if it’s just on a personal level and not necessarily on a musical or creative one, you just see how they carry themselves and do the things that they do. You understand why they they’ve come so far in the industry.

I’ve spoken to a few other artists who have worked with Wretch before and they’ve spoke glowingly about what he does in the studio and just being around him. Did you have a similar experience working with arguably one of the best rappers in the UK?

Yeah 100 percent, I mean Wretch is in my top 10 in rappers, wordsmiths and lyricists in general. So, for me it was a big fan moment. But also working with him, you get to see how he works. You get to see and understand why he’s done so well and why he’s gotten so far. The guy is just a genius and he’s also just a nice guy.

“Even if it’s just on a personal level and not necessarily on a musical or creative one, you just see how they carry themselves and do the things that they do. You understand why they they’ve come so far in the industry.”

Did working with someone like Wretch and supporting Chance and James, inspire you to keep working hard on making your music and maybe one day you might reach that level?

Oh yeah 100 percent, when I look at all three of them, I think one thing that I could say is how consistent they are in terms of work ethic. When I look at Wretch and see how consistent he is in terms of just like his lyrical ability you realise that he is always trying to make sure that he puts the best lyrics into whatever he’s created, it doesn’t matter who he’s with, he always wants to be the best at that.

That consistency is incredible and is the same for all three of them. They work as hard as possible to get on that stage and so that for me is so inspiring. You can’t help but pick up that energy and want to reach that level yourself.

When did you realise that music was what you wanted to do?

I kind of came to that conclusion when I was at uni which was quite recently, about 3-4 years ago now. I wasn’t too sure what I wanted to do but I went to study music. I wanted to originally be a teacher because when I was growing no one knew how to become a musician or an artist.

It wasn’t as accessible as it is now for a lot of young people. To me it was like ‘I love music, maybe I could just become a teacher’, but at uni I was living with guys who were studying production. We ended up working on music and I think through that I started to realise oh my gosh I could take this somewhere and I began getting a bit of interest from people who were listening to it.

“I wanted to originally be a teacher because when I was growing no one knew how to become a musician or an artist.”

What’s it like being in a being an industry with so many peers from South London who have grown up in rough areas and made a name for themselves?

Its definitely inspiring. It’s encouraging for a lot of people, not even necessarily to let them think that they could become a musician in particular, but that they can move beyond their circumstances go on to do incredible things if they put their mind to it.

I’ve got a little sister and I never want her to think that she can’t be what she wants to be or grow up to do something great. So, it’s encouraging to know that there are young people that can encourage even younger people.

Let’s talk a bit more specifically about your music. I was watching the video for ‘Doubt’, it’s a really cool concept with the animations and stuff, what was the thinking behind it?

I just love cartoons. I think when I first got signed, I always said I wanted to be a cartoon and when I finally got the opportunity to do that I said yes and I think that was like the perfect song to do it for.

Is it something you’ll look to do in future videos and have this cartoon persona then going forward?

I’d love to do it again. I don’t know if I’d do it too soon though, just because I think every music video that I make I want to be sure it’s as unique to the song as possible and, you know, I wouldn’t want to overdo something. I just don’t wanna put myself in a box and be just a cartoon guy. I think eventually maybe way down the line we’ll come up with another excuse to make me a cartoon. 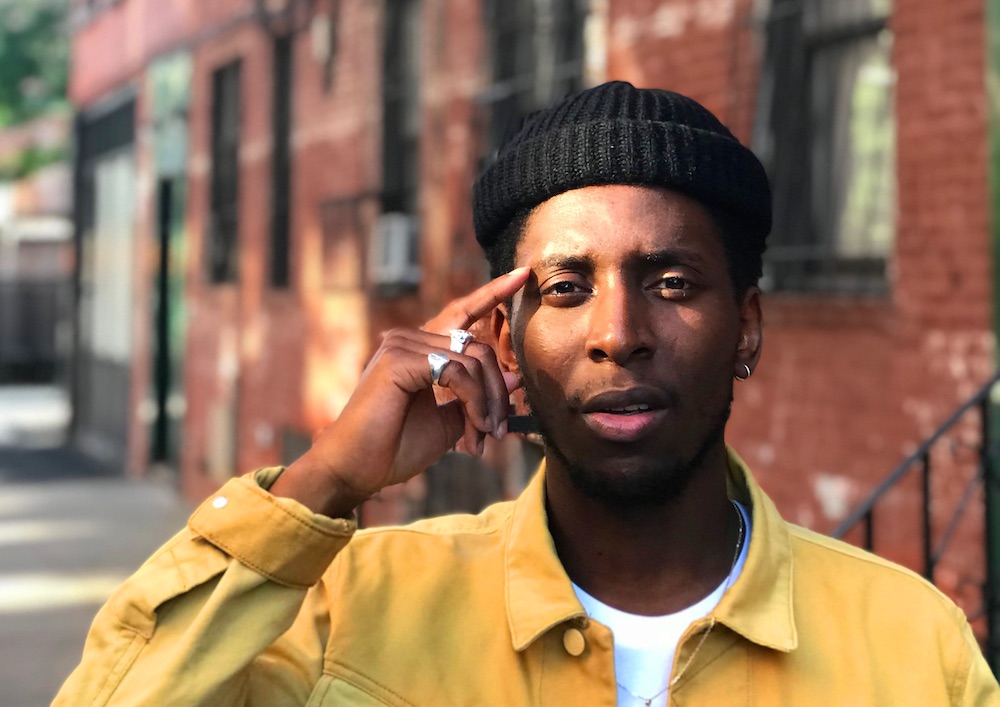 Your single ‘Church’ is out now, I’ve listened to it a couple times and it’s a really dope song, what was the inspiration behind it?

Basically, I think there’s two things: one I just wanted to write something Church and then I think the concept came a little later when we were working on it. My dad’s a reverend, so growing up my mum was always forcing me to go to church on a Sunday. And you know I didn’t really want to go. It’s as simple as that.

So you had a religious upbringing?

Yeah, like I said, my dad’s a reverend, so for me it was a big part of my childhood. My faith is something that is a very big part of my life now as well. But I think when I was younger it being forced upon me and not necessarily knowing where it was and what I wanted for myself which was a big deal. I was able to kind say okay, I want to choose this for myself.

Is your religious upbringing the reason behind the elements of Gospel in your music?

Yes, amongst the hip-hop and soul stuff that I listen to gospel was very much the main sound that I was hearing growing up. I was laughing with a friend the other day because I was thinking about the fact that I didn’t know what a studio album sounded like for years because a lot of gospel albums are live ones. I was always listening to live gospel albums growing up and I think the first studio album I must’ve heard was John Mayer. I was very much raised on gospel stuff.

With the single our now, what’s your plan from here?

I will hopefully be releasing an album and going on tour. I love touring, so I can’t wait to get back on the road. My main aim is to give people more stuff.

Be the first to receive pre-sale ticket access to Samm’s Electric Brixton show in May 2019 by registering here. 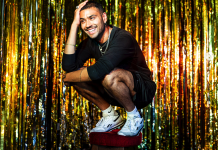