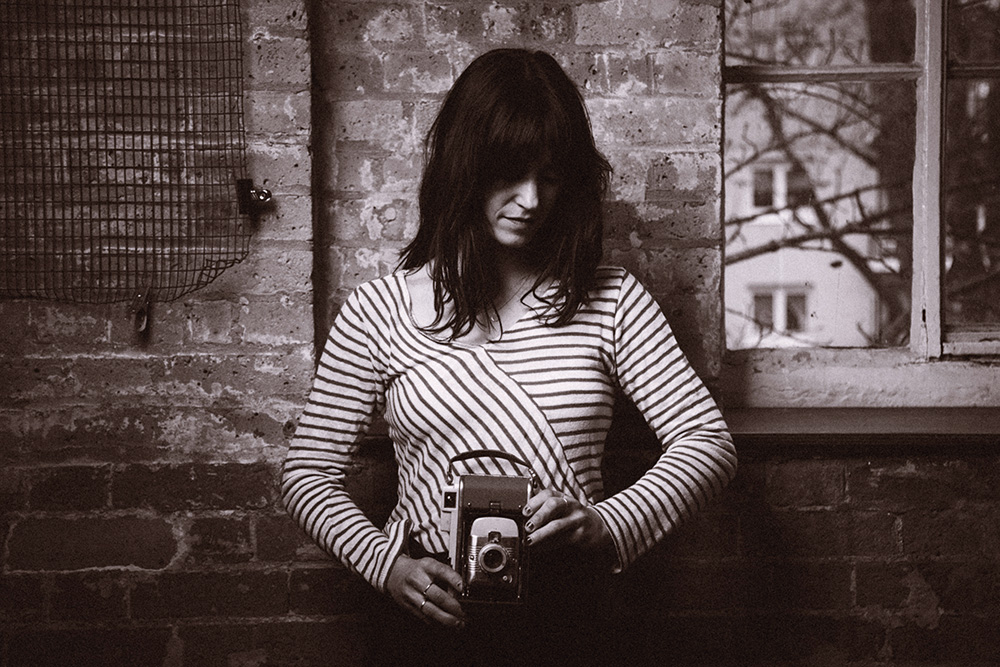 “Everything changed in that moment.” A contemplative Sharon Van Etten sits next to me on a cold November morning, our hands mirroring one another’s clasped around warm coffee cups. She’s musing on the origins of ‘I Told You Everything’, the understated drama of her statement matching the gravitas of the song’s expansive piano keys – keys that mark the beginning of her fifth studio album, Remind Me Tomorrow.

“I remember it was 2013, I was rehearsing with my drummer. We were getting ready to go on tour with Nick Cave. I couldn’t afford to bring my whole band so I decided to make it as dynamic a set as possible, just guitar and drums, minimal synths. Both of us were in unhealthy relationships and after every rehearsal we dragged our feet going home. We just went to the bar by our practice and grabbed a drink and talked about where we were in our lives. I told this really heavy story about something that happened to me in my early 20s. It was one of those things that I took for granted that he knew about me. It’s a story that I’m still learning how to tell people. I don’t know how publicly I’ll say it yet. Hopefully, I’ll do it within my lifetime.”

“I told him the whole story. I remember the bar so clearly, all of a sudden his face just changed. It was like he knew me in a different way, like he now understood me. I remember that so clearly. It was transformative for me. We fell in love on that tour. We couldn’t act on it because we were with other people but we acknowledged it. We waited a year before we returned to that feeling and we’ve been together ever since. That song really sums up everything and I felt like it was the appropriate way to bring people in. The whole record is about this life that we’ve created for each other.” 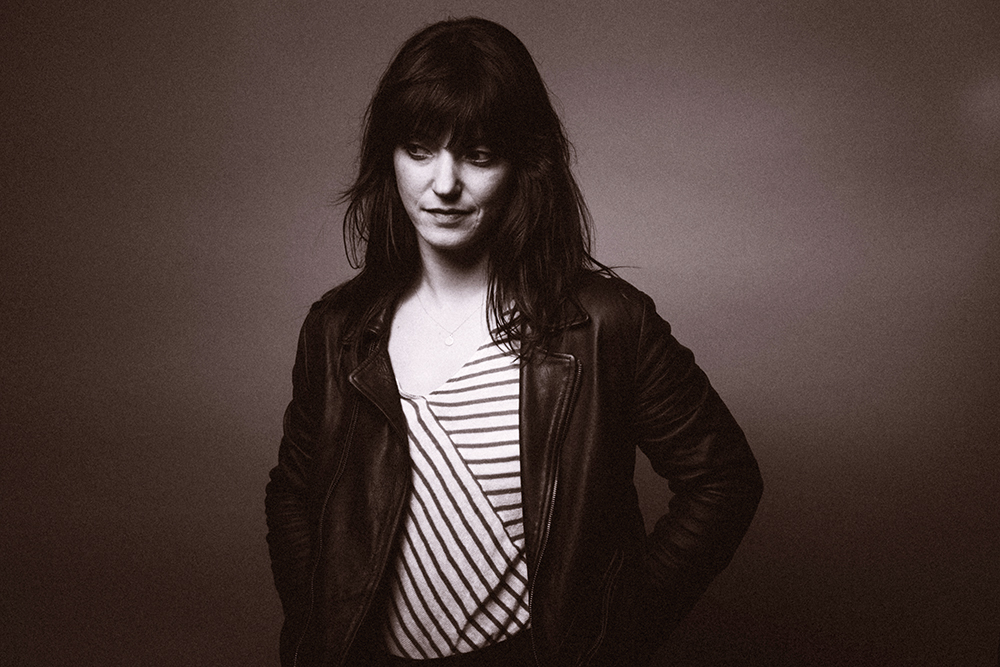 Her first record in four years, Remind Me Tomorrow has a lot of life to speak of: going back to school to pursue her long-term goal of becoming a therapist, starring in The OA and becoming a mum all while writing the Ry Cooder Paris, Texas-inspired score for Katherine Dieckmann’s Strange Weather. Van Etten speaks about these experiences in such rapid succession with an infectious, almost enviable, energy that I begin to see how Remind Me Tomorrow came together in stolen scraps of time.

“The whole time I was writing a record and I didn’t know it! I feel like there are very different time periods in each song. There’s a little bit of all of it. I would just put on headphones, listen to demos, and write lyrics while [my son] was napping just to be creative while I was home and nursing, but never with the intention of making a record. Maybe I just don’t know how to stop?” Then one day, when her son was about six months old, she realised she had about forty demos and confessed to her partner that she had written all these songs. “He was like, ‘Oh really, can you play me some?’ Then all of a sudden I’m playing to him and he says, ‘You wrote a record’.”

“You did!” I laugh … and what a record. Remind Me Tomorrow is new territory for Van Etten: She has taken these years of change and transformed them into 10 stunning songs – each one built upon familiar intimate narratives but framed by new experimental sounds.

‘I Told You Everything’ was chosen as the introduction not only because it represents the catalyst for the entire record but to connect with people. “To show them that this is still me. I’m still very vulnerable and I’m with you but things are about to change.” Sonically, the traces of records past – those stark melodies, delicate harmonies and slow builds – are most evident in the album’s opening and closing ‘Stay’. Everything in between – from the sweeping nostalgia of ‘Seventeen’ to the defiant cries of synth-scored return, ‘Comeback Kid’ and the indestructible momentum of ‘Hands’ – is edgier, daring even… a brave and hopeful face presented to a world full of political and personal upheaval.

“It was really psychedelic. I was six months pregnant when Trump got elected into office,” Sharon says when we talk about doubt and fear and the maternal instinct to protect. “I was home alone watching the election, so that played a big part.”

“There is an overall feeling of knowing that it’s a dark period, but there is this sense of responsibility to be positive and to be a good role model, to rise above it. Looking at my kid who’s just so helpless and happy, so innocent … you don’t have that very long. I feel that my job is to instil that in him as much as I can. Even though I’m terrified, he doesn’t need to know. When I started writing all these songs they were love songs to my partner and then when I finished, they were more like love songs to my child. As we get older we see ourselves in our kids, we see where our parents are and we feel our own mortality. It’s this snowballing of real life shit. It’s not just about heartbreak or your lover. It’s life, and it’s overwhelming.”

Beyond the swirling uncertainties of the world at large, Van Etten’s new direction can in part be attributed to microcosmic circumstances. The guitar fatigue brought on by creating the soundtrack for Strange Weather drew Van Etten to the synths and keyboards of her practice space pal Michael Cera. “It was fun to have them around” she explains whilst laughing to acknowledge the randomness of this situation.

“It was good to think about things differently just to clear my head. I gravitated towards his instruments because they weren’t mine. I had no preconceived notions of what they sounded like or how they worked. He had this vintage organ and I would fuck with it and plug it in, amp it, and reverb it like crazy, or add a bunch of delay, and just make it sound like it’s not supposed to sound. It created these drones and I ended up liking the tone and how dark and weird it was.”

“It’s this snowballing of real life shit. It’s not just about heartbreak or your lover. It’s life, and it’s overwhelming…”

Van Etten clearly wanted a record that was “very drone-centric, very bass and beats-orientated”, adding that “Suicide, Nick Cave’s Skeleton Tree and Portishead” were her main points of reference. She also knew she wanted to work with someone else: “I felt like every time I was hands-on in the recording process, and the production process, that I was actually holding myself back. If I was really going to challenge myself as an artist, the biggest challenge was going to be to let go.”

What safer hands to trust with something like this than John Congleton’s?! “He enhanced the darkness and he picked really amazing musicians. That was another thing that pushed me outside of my comfort zone. The moments in my life where I feel the strongest are ones where I’m moving forward, but learning from the past is about looking backwards so how do I apply that?”

At its core, Remind Me Tomorrow attempts to answer that question – how to do both? In that answer, Van Etten seems to find balance – the balance of intimate intricacies and bolder sounds, the balance of lives and dreams past and present, the wanting of everything, of healing turned to hope and to the future. 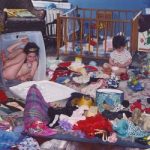 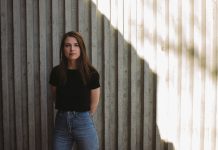 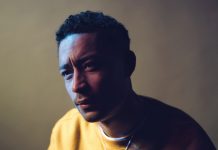 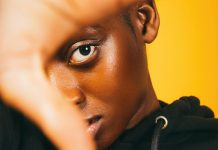 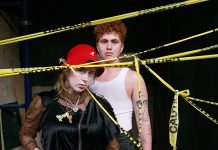