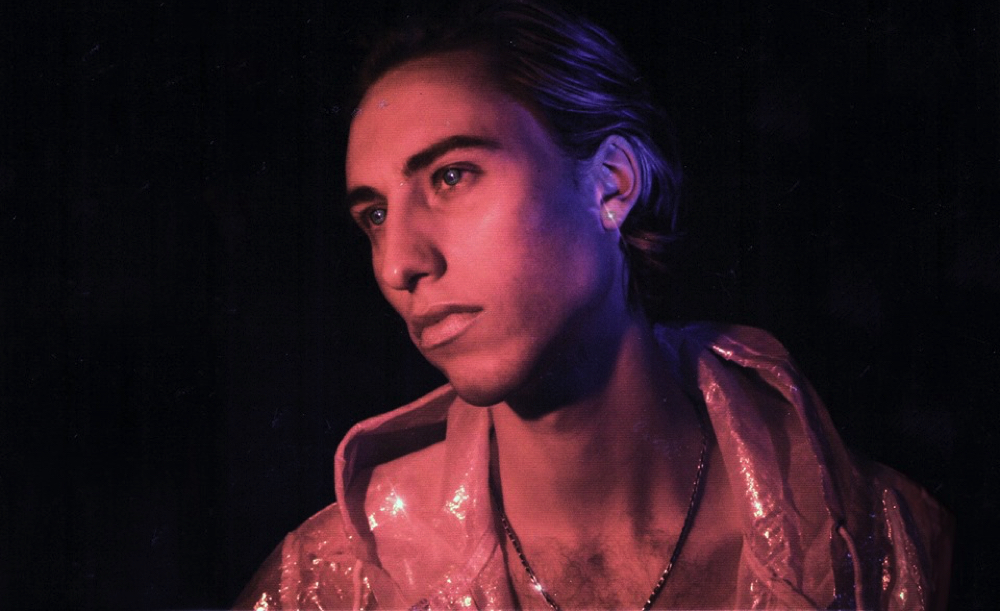 The creative alias of London-based artist Jovis Lane, Show Boy purveys a certain nostalgia with the heavily 80s-influenced sound whilst also pertaining a certain futuristic quality. His tracks offer vibrant swathes of resonant, effervescent electronica and deep, soaring vocals. With his new EP Surreal out now, Show Boy shares some of the tracks that have inspired his electrifying sound.

Since releasing his first single ‘Empress’ in 2017, Show Boy’s infectious, entrancing alt-pop and potent performances have seen him play with the likes of Dorian Electra, GFOTY, HMLTD, Black Midi, and Pixx. His latest EP offers a compelling further immersion into the world of Show Boy, a release that “depicts a collapsing relationship in the age of social media, exploring ideas of reality, fakeness and nostalgia in a digital landscape”.
With his new EP out now, get to know Show Boy and some of the inspirations behind his sound below.
—
Ariel Pink – Interesting Results
A few years ago I was in a songwriting rut which I couldn’t seem to escape from. Everything I wrote sounded too try-hard and I couldn’t bring myself to finish any ideas. Then I started listening to Ariel Pink’s early bedroom recordings and had this huge realisation that I didn’t have to create anything amazing, I just had to create. Having that pressure lifted allowed me to spew out loads of songs that I ended up liking way more than anything else I’d done. The lyrics to this song go: “Will I write a song you love today? There’s no way to tell and who cares, well I don’t.” The whole tune is basically a creative manifesto that remains a big influence on me.
—
Prince – When You Were Mine
When I’m talking about influences on my music, I always have to talk about Prince. He has been an enormous presence in my development as an artist both aesthetically and musically. I picked this track because it has an amazing rawness and punk energy that I aspire to. This whole album is a masterclass in simplicity and energy.
—
Kelly Clarkson – Since U Been Gone
A big part of my sound with Show Boy undeniably comes from the early 00’s pop I grew up with, and within that I always loved the angstier post-Alanis Morissette artists like t.A.T.u and Avril Lavigne. So to have that edge mixed with the beautiful melodic writing of Max Martin (biggest pop genius ever) resulted in a very influential track for me.
—

What I try to aim for in my production is a blending of super impossible sounds with very earthy realistic or emotional sounds. Sophie has definitely been a huge influence in the ‘super impossible’ category. I first heard of her when she released BIPP in 2013 and that track inspired me to start experimenting with sounds out of the range of real-world instruments.
—
Bon Iver – Perth
While SOPHIE showed me the cold astral flavours of hyper-impossible sound, this track by Bon Iver is almost the antithesis. Its whole DNA is made up of earthy warmth, every instrument exposed to air and rooted in physical reality. As a result it moves me when I listen to it. It contains the emotional centre that is too often missing from modern pop.
—
‘Surreal’ is out now.