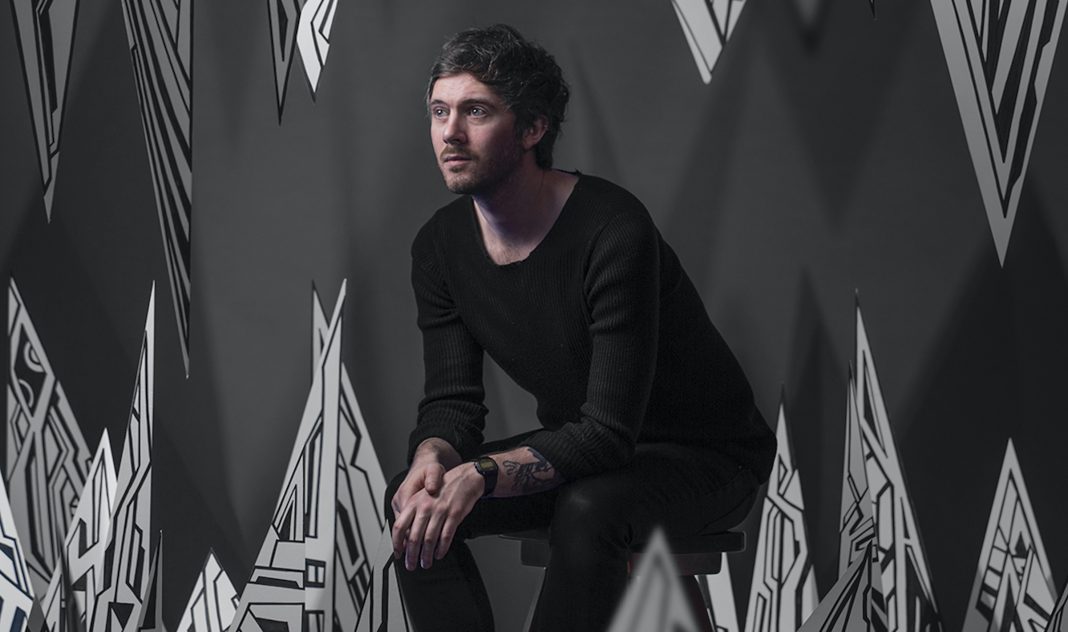 It’s not the first time that Irish illustrator John Rooney has ventured into music, having explored touches of 80s synth-driven instrumental music under his prior moniker Haüer. The success of this project gave him a boost that allowed him to sign with Future City Records, followed by the release of two EPs, worldwide coverage, extensive touring around the UK/Ireland and his music being featured on Amazon Prime’s Red Oaks. A Berliner since 2018, Rooney has since opted for a new project, Sirkut Son, coming to life now as a platform to explore denser electronics.

Taking advantage of his natural baritone – very suited to the genre – Sirkut Son treads a path between goth-pop and cold wave, yet constructed in a more articulate manner. Debut single ‘From The Deep’, according to him, explores “the aftermath of a traumatic experience, and the difficulty of leaving it behind,” comprising styles and influences ranging from the core teachings of sound and voice from John Maus to the camp, forward-thinking visions of Kate Bush and Scott Walker.

We invited John Rooney to confide in us by selecting which five tracks remain relevant to him as a musician and to his approach as a producer.

The Walker Brothers – The Electrician

The brooding atmosphere of this song is something I’ve tried very hard to recreate, but at the end of the day, it’s just unmatchable. Everything about it is perfect – Scott Walker’s amazing vocals with that continuous harmony, the deep single bass note building up to the chorus with some of the finest string arrangements I’ve ever heard. And it worked so well on the Bronson soundtrack too.

This is my favourite song from the album Golden Syrup which was a massive inspiration for me. Every track has its own distinct personality and I really revel in its almost grungy, lo-fi production. The interweaving synth lines on this song are definitely something I’ve tried to emulate. I actually had the pleasure of being a supporting act for Patrick a few times back in Dublin and he’s a real gent.

Mirror Kisses – Shut Me Down

This song really hit me like a ton of bricks when I first heard it and I’ve been a big fan of George Clanton ever since. He manages to get some very unique and amazing sounds with his synthesisers and I love his vocals and harmonies. His production is very crisp and clear and every song just sounds so fresh. Especially this one.

It’d be hard to make a list without including John Maus. His baritone vocals and gothic-pop style set him apart from any other artist. I saw him perform in Funkhaus last year and his onstage emotion is pretty intense. I like this song for its lively pace and the breakdown in which he sings “I want you in my arms tonight”. It gets me every time.

Admittedly, I first heard of this band just before I played a gig with them, but I was so impressed by their live set that I dug deep afterwards. This song, in particular, has an uplifting 90s dance music feel but in a dark, twisted way. His voice is so strange which makes me like it even more.