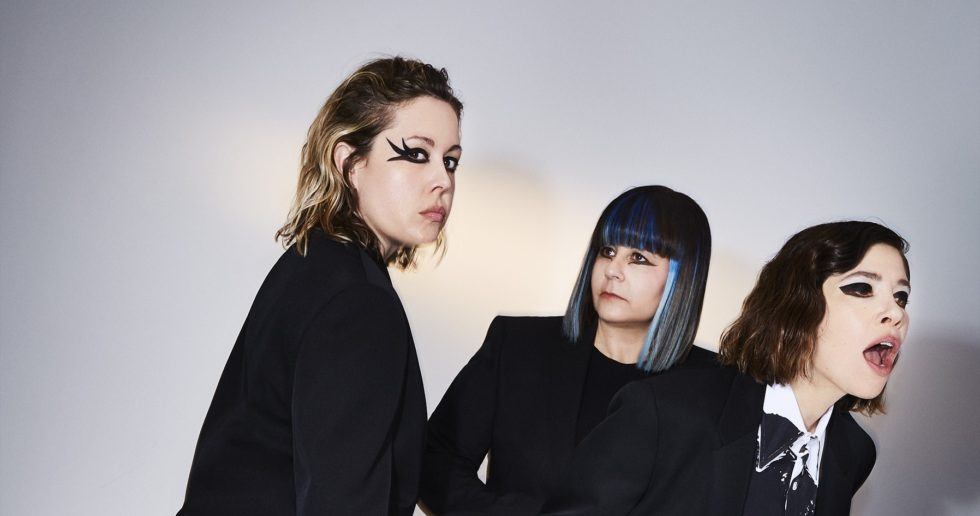 How excited were you when you heard there was a new Sleater-Kinney album
Stephanie: I’ve been a fan since The Woods and they’re one of my favourite bands so I was beyond excited. I didn’t expect them to release another album after the last one. And they were collaborating with St. Vincent – it felt like the ultimate indie band pairing.
Gemma: I was definitely surprised because I half expected the last LP to be a one off. No Cities To Love was such a great comeback that I admit I was a little concerned as to whether they could keep up that standard. I shouldn’t have worried.

So I take it the record lived up to your expectations? (spoiler: I love it)
Gemma: It massively surpassed them. I guess my pessimistic side thought that the idea of St. Vincent and Sleater-Kinney together sounded too good to be true. In reality, the combination is as brilliant as it sounds on paper. I feel like Annie has really brought out a fresh new side to them.
Stephanie: I had high expectations and they were also working with an artist that I also love but I don’t know if it’s lived up to my expectations yet. The Center Won’t Hold sounds exactly like a St Vincent/Sleater-Kinney collab. There are other tracks that feel like they veered from their usual path. I can tell they’re enjoying themselves and trying out new styles and techniques which is great to hear.

How much of an influence does St. Vincent have?
Stephanie: You can hear a lot throughout the album. The warped yelps and cut and paste style are traits from Masseduction. Also the industrial, bass heavy rumble on songs like ‘Ruins’ is very reminiscent of St. Vincent.
Gemma: You can hear her in the really processed guitar sounds, that sort of caustic reverb. Also in the amount of obvious melody there is. It’s definitely S-K’s most straightforward record melodically. Again, ‘Ruins’ stood out in that respect – and the title track.
Stephanie: Some of the tracks could be pop songs in their own right. ’Can I Go On’ for example has a mid-noughties Euro pop vibe.

We can’t go on without talking about Janet leaving. Is there anything here that makes you understand why she chose to leave?
Gemma: I mean, the last track has no percussion on it, but that feels far too petty a reason to leave a band after 25 years. The whole thing is very curious.
Stephanie: It was such a shock to find out she was leaving. It’s also a strange period in the release cycle to leave. The record is loaded with drum machine and often the drums are overwhelmed by the noise of the guitars or synths so they fade into the background. If it’s not something she was ok with at the start I can see how listening back it might have influenced her reasoning for leaving. You certainly can’t hear the driving beat that Sleater-Kinney records usually are known for. But she’s an amazing drummer and she’s still in a few bands. Who knows she could rejoin.
Gemma: The fact Janet’s left makes ‘LOVE’ feel especially poignant, what with it being a potted history of Sleater-Kinney. I love the way that song tackles the idea of being in a band at an older age, especially the lyric “There’s nothing more threatening, and nothing more obscene, than a well worn body, demanding to be seen”.

The record melds the personal and the political together well. What themes jump out at you?
Gemma: The title is a play on the line “the centre cannot hold” from W.B. Yeats’ poem ‘The Second Coming’, and throughout the record you can sense this idea of everything collapsing. Like you say, it blends the personal and political really well.
Stephanie: They seem to be tackling the state of politics right now and the Trump administration. There are also nods to feeling depressed with the state of the world. ‘Broken’ is a great song that really tackles how we’re all feeling right now.
Gemma: I like that it doesn’t deal in specifics, but captures a feeling. Yeah I love ‘Broken’ too: “She stood up for us, she testified / Me, me too my body cried out when she spoke those lines.” Referencing the #MeToo movement is about as specific as they get.

How do you feel this album compares to their past work?
Stephanie: It’s so hard to compare it. The Center Won’t Hold feels like a different band. Both The Hot Rock album and The Woods were departures from their usual sound at the time. I don’t know if this album works to the band’s strengths in the same way their past work has though.
Gemma: Like you say, it’s really hard to compare but I think it’s laudable that they’re breaking new ground after 9 albums. 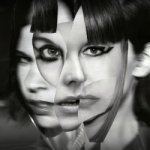 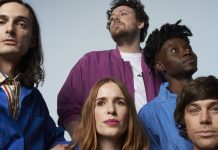 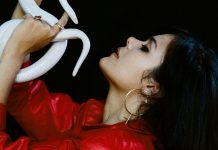