It’s no lie that we have a soft spot for the wondrous world that Reykjavík-born musician Katrín Helga Andrésdóttir creates. A trained classical musician and visual artist, her strongest asset as Special-K is storytelling, drifting in and out of daydreaming, clouded ambitions and fantasies of ‘what could have been’. From tales of longing to moments of sulking, Andrésdóttir owns it fully with her unconventional approach and fabricated naiveté hooking us in.

Out via Street Pulse Records, her new EP, LUnatic thirST, with merely four tracks, sees the Icelandic musician transition from her jaded modus operandi to more paced wordplay and a higher notion of self, showing a stronger sense of direction, both musically and artistically. She remains, however, truthful to her roots, displaying in full bloom the essence of what makes Special-K so special – fantasy, intrigue, and above all, directness.

For our new ‘In Five’, we invited Katrín Andrésdóttir to tell us what plays in parallel with her music, directly contributing to her inspiration, aspirations,  songwriting and phenomenal wit.

I listen to this song on average five times a day. It’s a sort of liquid beauty that just glides into my ears, nourishes my insides and pours out again. I cannot get enough. I’ve been trying to learn to play this piece but, to be honest, I’m way out of my depth. I still do enjoy the endeavour, a wholesome incompletable task whilst social distancing. One of the subconscious reasons I love it so much might be that it was the theme song of Call Me By Your Name – and we all know what sort of effect Timothée Chalamet has on two-thirds of the human population.

I’m obsessed with this band, it’s pretty embarrassing actually how consumed by fandom I am. I’ve watched all the videos (even their peculiar soap opera Sadness Is An Evil Gas Inside Of Me), read all the interviews and on my Spotify ‘Repeat Rewind’ playlist, every other song is by them. I saw them play last Autumn and fell in love. They’re just so damn sexy, with their androgynous, effortless (but indeed probably pretty well-calculated) cool dripping from every fingertip. Stine Omar, one of the two members, has worked extensively with visual artist Anne Imhof (one of my fave) and I can’t resist people who are equally proficient in visual art and music.

The Softest Hard was not the first song to catch my attention by them, at first it passed me by, but I’ve slowly become obsessed with it. I was shopping in Penny one day, listening to Easter on my headphones, when suddenly I felt like I understood it. I don’t know if I’ve got it right, but I see it as a portrait of someone in a relationship dealing with depression. Lyrics include sentences like: “You call the stuff I keep inside for something close to hate/ I tell you that it’s not that, that it’s just something that I ate” and “You touch it on the surface, it’s reacting to your hand / A kind of symbiosis I will never understand”. The chorus just repeats: “When I’m sleeping in the softest hard is taking place”. *Clap emoji*

I’ve gone down a similar super-fandom rabbit hole with Connan Mockasin. I’m in love with his brain, he just makes the most beautiful music! He too spills over into more than one art form. I cannot wait to see his film Bostyn ‘n Dobsyn, made from an ongoing imaginary world he and his childhood friend used to build as kids. His now very grown-up friend plays Dobyn, a teenage schoolgirl who has a crush on Mr. Bostyn, played by Mockasin, a music teacher with a mullet who has a creepy flirtation going on with her. I believe the title of this song refers to this. Sometimes it’s hard to tell whether everything Connan does is a well-contemplated concept, or if he’s just genuinely odd – and that I find very intriguing.

Jenny Hval is a fairly recent discovery for me and I still haven’t gone through her whole catalogue, probably ’cause I can’t stop listening to this song. The way the first verse, which seems pretty improvised, random and unhinged, seamlessly transitions into the velvety-soft chorus and then back again into the second verse and so on. Later the introduction of the hypnotising flute patterns, slowly leading up to the final climax when the “I’m working on it” chapter comes back. A coarse, sawtoothed synth fades in and slowly takes over, driving the song to its end. All wrapped up in lush continuous synths and repetitive soft drums. This song is enchanting, its journey draws you in deep, the texture of her voice is like silk.

I love it when people don’t take themselves or their music too seriously, whilst simultaneously taking it all very seriously. This song and it’s accompanying video are 100% unapologetic and sassy. Delicious. Charming. Irresistible! Jóhanna Rakel, the talent behind this project, is also part of my all-time favourite girl band, Cyber, which is one of the most intriguing things to come out of Iceland this decade in my opinion. I was lucky enough to borrow her talent for the video to ‘Hide Your Crazy’.

I felt like including something from the Icelandic scene, since obviously I’m greatly influenced by what I’ve grown up around. It’s an exceptional scene, I would not be who I am or make what I make if it wasn’t for all the overflowing creativity that I’m so lucky to be surrounded by. 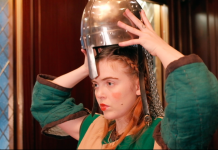 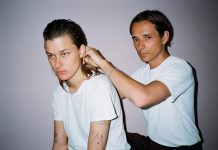 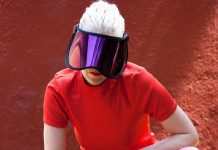