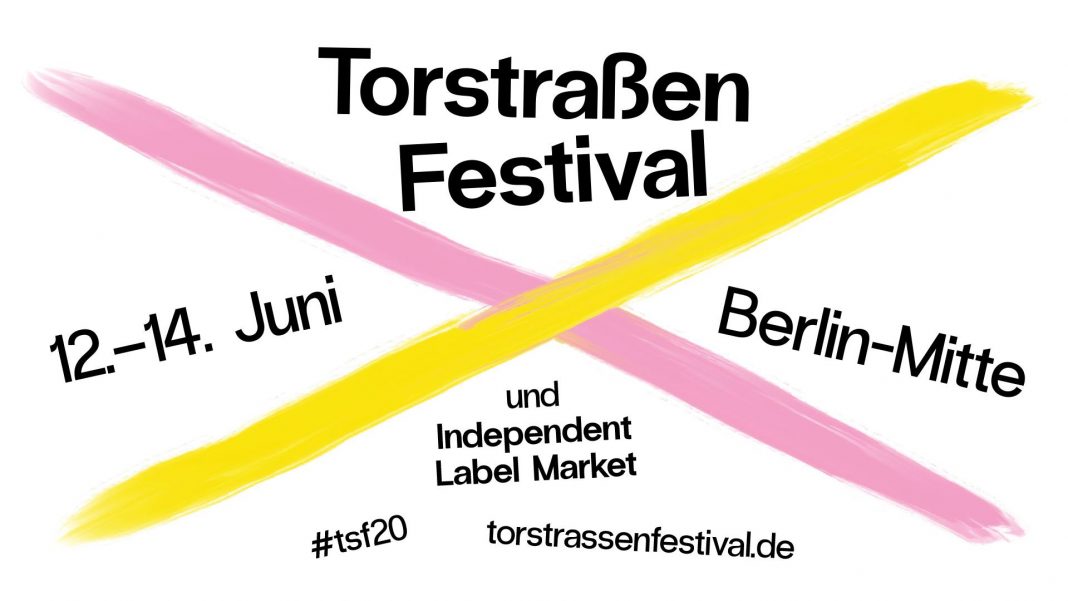 Over the last ten years, Torstraßen Festival has become a highlight of Berlin’s underground and DIY calendar, providing a platform to young artists, bands and musicians, bringing together a broad array of sounds, scenes, locations and people with distinct backgrounds, origins and ideas. As it’s known, ‘X’ usually marks the spot, symbolically standing for meeting and exchanging, for crossed paths and perspectives that meet, overlap or even contradict each other. As such, this year, the festival is dedicating the ‘X’ to the topics of community and solidarity, neatly also representing the ethos and aspirations of the festival itself.

The event will span 12th, 13th and 14th June, returning to its original three-day format and to many of the esteemed, withstanding venues across Mitte, such as Roter Salon and Grüner Salon (Volksbühne), Gaststätte W. Prassnik, Schokoladen, Z-Bar Berlin, Acker Stadt Palast, ACUD MACHT NEU and, a new addition, the Rosengarten. It will also mark the return on the Independent Label Market and, as a birthday special, a photo-exhibition on the history of the festival, shining a light on the progress of Berlin’s underground culture through the years.

For more information, visit torstrassenfestival.de and get your tickets here.