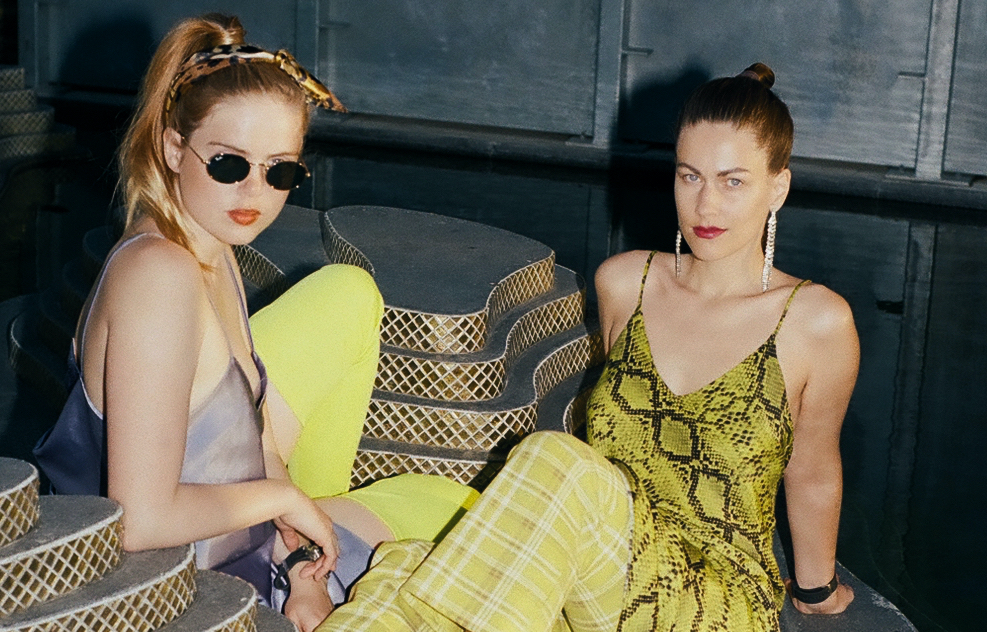 It’s no lie that we have an enormous appreciation for what Ultraflex have released throughout this critical year. Their previous two singles – ‘Olympic Sweat’ and ‘Work Out Tonight’ – saw us enter the realm that Farao and Special-K call their own, but with ‘Never Forget My Baby’, we feel like friends joining them in their bedroom and journeying through contagious pop melodies. Gathering inspiration from Janet Jackson, Cher and Saâda Bonaire, ‘Never Forget My Baby’ expands their premise as we expect their much-anticipated debut album, ‘Visions of Ultraflex’, out on October 30th, to be one of most addicting records you will hear this year.

Watch the video, directed by CYBER‘s Jóhanna Rakel, below:

From HEALTH‘s ‘CYBERPUNK 2.0.2.0’ to Molchat Doma’s, ‘Не Смешно’ or Helena Deland‘s ‘Truth Nugget’, we can assure this week’s playlist is one of the most diverse we’ve had all year! Don’t miss out on French troupe La Femme with their comeback single ‘Paradigme’, Maria Minerva‘s ‘Had Me at Hello’ and also new tracks from Byfyn, Sufjan Stevens, Prince Josh and Zhala‘s ‘Hole’ remixed by The Knife’s Olof Dreijer. From Berlin, the list is vast! Don’t miss out on Just Dust‘s ‘Mirrors of Chloe’, GOZI‘s ‘Time x Time’ to Stella Sommer’s ‘ The Eyes of the Singer’, Blunderbuss‘ ‘Things Got Weird’ and Balcony DC‘s ‘Like A Bomb‘ and more! Enjoy!

Subscribe to our Weekly Playlist here. Photo by Celine Paradis.