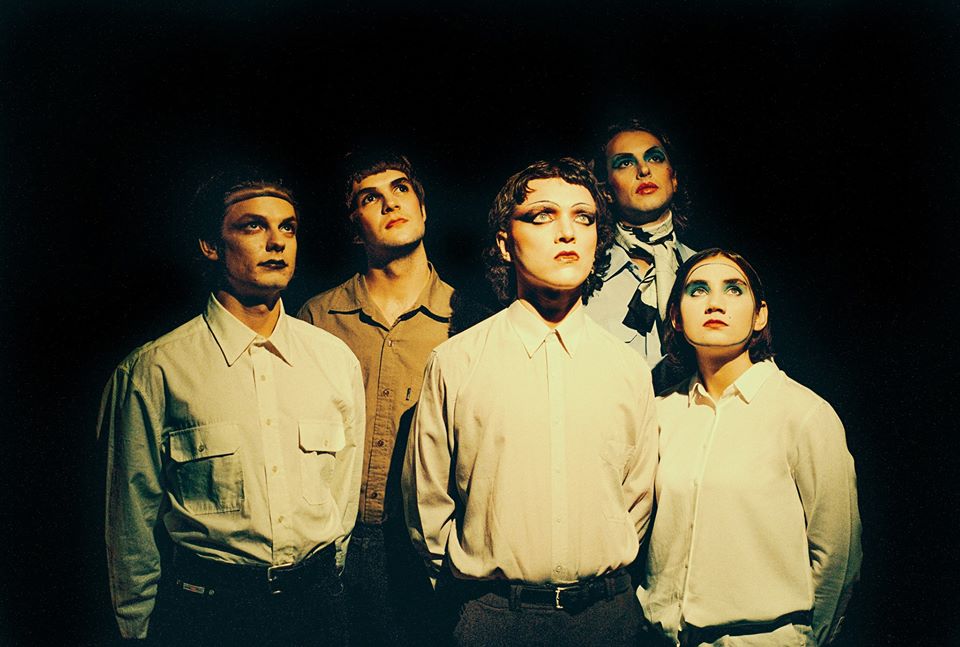 U-Bahn are the Melbourne five-piece channeling dada into 2020 in madcap, androgynous style. Everything about them screams art, fun and boundlessness, recalling the likes of (obviously) Devo, Gang Of Four, Sparks and anyone else with just the right number of screws loose.

Last year’s single, ‘Beta Boyz’, both challenged and entertained with its angular guitars and off-kilter, er, everything. Once it clicks in your brain, expect to bop to it for the rest of the day. Check it out, along with its perfect arthouse video below:

As they pull up to Urban Spree this week (Sunday 2nd February), we invited Lachlan Kenny to share some of the songs that influenced their stark work as a band.

James Chance and The Contortions – Designed To Kill

The jagged, thrashing Guitar, wonky basslines, sporadic drums and yelping vocals of The Contortions’ Buy LP served as a heavy influence for me at the time of writing/recording the First LP in the summer of 2017/2018 – proving that there could be more nuance and sustenance to ‘punk’ when laced with influences of funk, free jazz and reggae.

The prolific creative outpourings of Japanese synth pop group, P-MODEL, and their influence on our first LP can not be understated. The melodic and rhythmic complexities of Susumu Hirasawa and the unpredictable nature of their track, ‘The Great Brain’, from the 1979 debut, In A Model Room, was an immediately captivating listening experience.

The jittering, nervous vocals of David Bryne swirling around the listeners mind, paired with the pocketed grooves of Tina Weymouth and the stuttering staccato key’s of this track served as a huge inspiration to the nervous energy carried throughout many of our first LP’s tracks.

Betty Davis’ 1974 record ‘Nasty Gal’ was spun many times during the period of which these songs were conceived. Her crass, attitude driven, balls to the wall brand of funk has always been an idiosyncratic distinction that keeps me coming back for more. See ‘Damp Sheets’ to hear her obvious influence.

Devo – Penetration In The Centerfold

We would be remiss in not including an early Devo track in here as their influence on my songwriting, during the period in which the first LP was recorded, is a glaringly obvious one. From their fuzzy guitars, evangelical vocal delivery & bizarre Synthesizer patches, to their definitive visual aesthetic – Devo’s creative endeavours more than left their mark on our debuting sound and aesthetic.

Get tickets and more for this Sunday’s show at Urban Spree here.