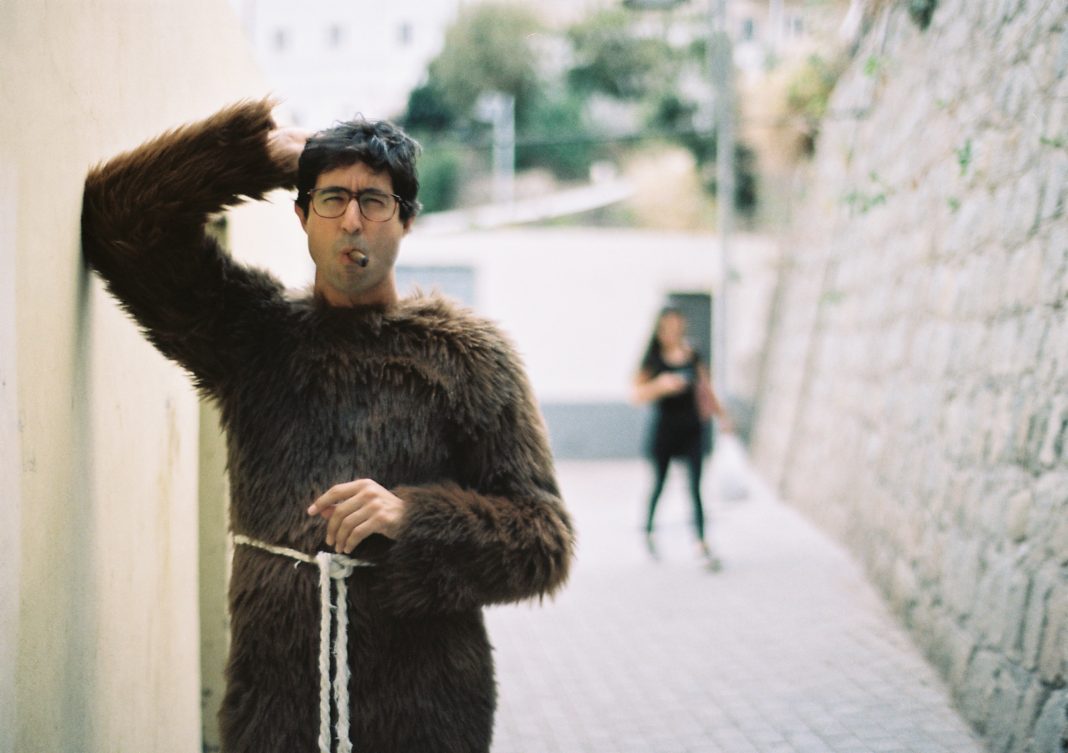 Back in December, we premiered Usted’s ‘Catorce Pagas’, an impromptu release, part of a three-song live session filmed at The Famous Gold Watch studios in Berlin. Truth be told, we were always expecting the following Usted release to surpass the former – and it does. As Roberto Miranda makes a point of approaching things in a fun way, shaking things up along the road, he is now back with ’No Sufro’.

Co-produced by Berlin-based DJ and producer, Kurt Korthals and Miranda himself during a trip to his hometown in Santa Cruz de Tenerife, ‘No Sufro’ was constructed over an old Afro Venezuelan rhythm pattern taken from the archives of musicologist Oswaldo Lares.

The video is the product of three distinct visions coming together, combining the efforts of Amsterdam-based director, Xar Lee, Diego Delgado (Octubre.tv, Berlin) and Tenerife graphic designer, Mauro Sánchez. It’s an extremely fun and sharp outcome, only deliverable by Usted.

We invited Roberto Miranda to shares with us the songs that contributed to the development of his musical taste, artistry and alter-ego. Dive in!

Where to start? The first superhero movie ever to use latex as a way to reimagine those impossible outfits, with a short, balding comedian playing Batman, Jack Nicholson as the Joker, and PRINCE DOING THE SOUNDTRACK? This shit defined my childhood. Is there a longer, weirder, more fragmented mainstream hit single than ‘Batdance’?

(From the archive of Oswaldo Lares) – ‘Quitiplás’

I learned about this Maracaibo musicologist through an exhibition that my friend Sol Calero helped organise in Berlin some years ago. After being introduced to certain elements of Venezuelan’s oldest traditional music culture, it has become a very frequent procedure in Usted’s music to try and build a pop song by just singing over one very specific, hypnotic rhythm pattern, using no harmonic elements at all.

I think that if you nail those two elements alone, the rest comes on its own. Here’s a challenge: Play this video to the end and let the beat suggest a voice of its own. If you do it carefully, you should be able to start hearing your own new tune over it.

Micachu and the Shapes – Heaven (Live)

Sorry, I’ve got no story about this song. It’s just that I watched this particular performance of it so many times and felt it would only be fair to include it here. It might be some approximate idea of “tidy punk” that I associate with it and which I like to adopt as a way to (ideally) present my own sound when I perform live. I don’t know. I just relate to this one so much. I want more band albums from Mica Levi!

Deep in my heart, I’m just a classic rock geek trying not to mention the most obvious influences to sound cooler than I really am. But it’s just something about the way they made records in the sixties and seventies, maaaan! I thought I’d include Harry Nilsson here: an artist that was very much part of the consciousness of the “Beatles era” but still remains relatively obscure. The reason why I chose this tune, in particular, is because it includes a drum’n’horns groove which I think about (at least) once a week. I think it’s actually Ringo playing on it.

It often takes two or more listens until we can say “YES, I like that”. But back in 1999, I remember getting a tape with Beck’s brand new ‘Midnite Vultures’ and thinking: “was this whole record designed especially for me???”. To this day, it remains the only album that I 100% liked since the very first listen. I might have worked out the reason by now: extremely complex, entertaining production and arrangements while keeping the lead vocal melodies as simple as possible. Thanks for the tip, Beck! 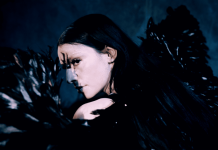 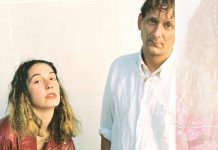 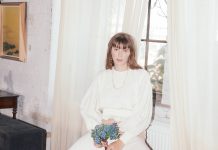