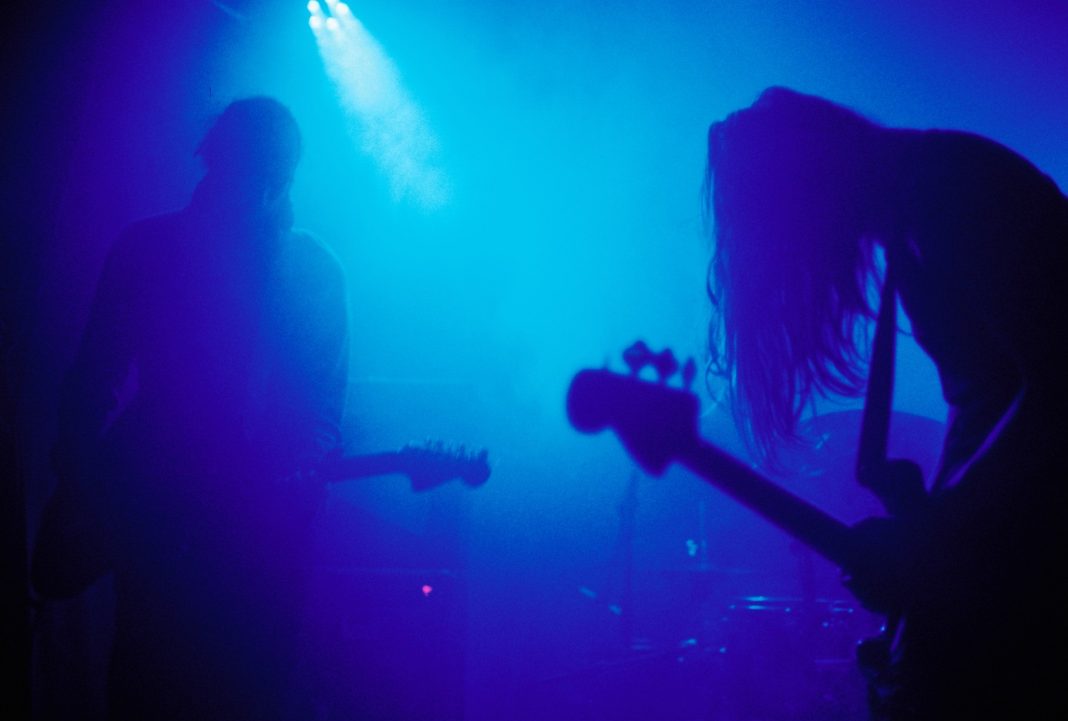 Finding an intersection between abstract and grandiose, Berlin-based noise-rock/drone trio, Zeug build layers upon layers of powerful walls of sound, easily encapsulating the listener in a state of complete elation. From that point onwards, only auditive fascination.

Their new EP, LOW, dives into this realm of improvisational unsteadiness, capturing moments of nightmarish tension, quickly converted it into serene yet disruptive soundscapes. Not all music needs to be harmonious; some peace can be found in chaos.

Ahead of their show at Gustav-Adolf-Kirche, this Friday 13th December, we invited Zeug’s Vladislav Overchuk to give us some insight into his inspirations for LOW.
—
Earth – Rise To Glory

Probably one of the most beautiful songs I’ve ever heard. Earth had different incarnations of the band and I would say their album, The Bees Made the Honey on the Lion’s Skull, is the top of their oeuvre. It is absolutely mesmerising how gentle and heavy at the same time this record is. Here, the space between the notes sounding really matters. Driving through the Carpathian Mountains while on tour and listening to this album is one of the most beautiful moments of my life.

Om – Conference of the Birds

For a long time, Om were quite a big influence on me, especially regarding Al Cisneros’ way of playing – I’ve learned a lot from him. I adore minimalism in music and throughout my life, I realised that less is best. I prefer to swing around one note or a chord for a really long time and don’t mind playing it 20+ bars. So far I am really accurate about how this one note or chord is played and it leads to a certain soundscape, contributing the evaluation of a song. By the way – this is how a distorted bass HAS TO SOUND.

Another band which had a few versions of themselves during a long career. Each and every variation of this band is beautiful and interesting in a very specific way. This song, ‘The Apostate’, is extremely primal… so carnal and furious, exactly as music should be. Here is where the sound is getting FUCKING BIG. Guess I’ve been striving for that while composing LOW with Zeug. And God bless Phil Puleo for beating the storm out of the drumkit at the end of the song.

Lungfish – Love Will Ruin Your Mind

Lungfish are one of the bands which influenced me both musically and intellectually at the same time. Further proof that you don’t need to fuss around your instrument to create a great song. I had the honour of meeting Daniel Higgs in person last summer and having an interview with him (which was never published anywhere, unfortunately). He is truly devoted artist and a gentle and wise man, who have gained quite some experience. I will never call anyone an idol or teacher, but this man has had a great impact on me

Sorry for getting back to this – but damn is this song beautiful! And beauty needs space. This is an excellent example of how the narrative of the sound grows and the song slowly develops before ending in a massacre of guitar feedback and a wall of sound. The reversed sound of the guitar – oh man, I could listen to that forever.

—
Zeug will perform this Friday, 13th December 2019, at Gustav-Adolf-Kirche. The show will be recorded. More info here.